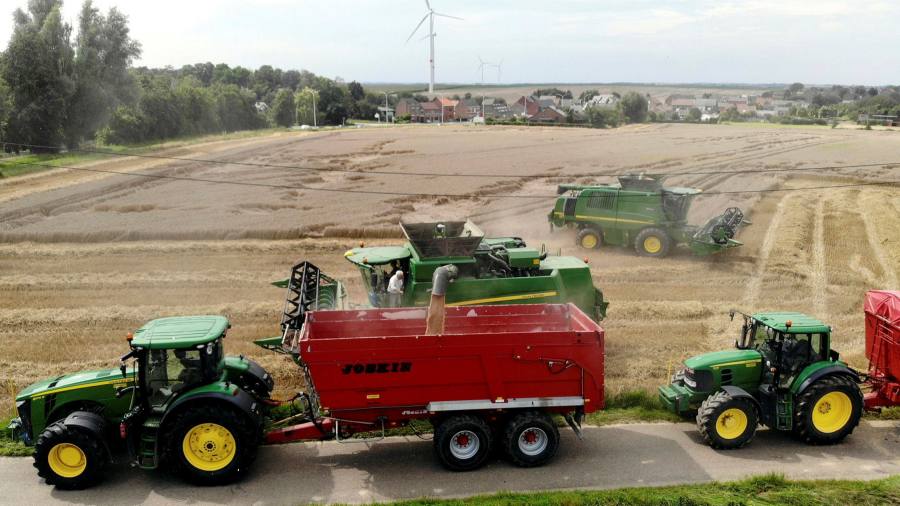 
The EU has not yet grasped the nettle of what it will take to ensure the security of its food supply in a war environment. The founders did; that is why the Common Agricultural Policy was finally put into place in 1962. The signers of the original Treaty of Rome knew the price of failure was hunger.

Their successors seem to have forgotten both the wartime food shortages and even the 2008 crisis, which was the last time critical farming input prices were this high. There was a modest €500mm European Commission “support package” for the agricultural sector, as well as a “temporary crisis framework” for farmers, fertiliser producers and fisheries.

But there was an apparent lack of urgency on the part of the commission. As agriculture commissioner, Janusz Wojciechowski said in passing in a speech this month that “the EU itself does not face a food security risk”.

Oh yes it does. Specifically, farmers do not have enough mineral fertiliser or diesel fuel to maintain food production. As one fertiliser industry person I know put it, accurately in my view: “the last few drops of diesel should be used by a tractor to spread fertiliser made with the last bit of gas”.

That is not the set of priorities that is set by current European law. In the EU regulation of October 2017, “concerning measures to safeguard the security of gas supply” fertiliser production and food supply are not mentioned as an official priority. This is wrong-headed. Last year’s surges in gas prices led to widespread shutdowns of European nitrogen fertiliser makers, at a time when Russian and Chinese producers had cut off their exports.

If there is another “negative disruption of gas supply” this year, such as a cut-off of Russian supplies, food shortages will quickly develop in Europe. Farmers, fertiliser manufacturers and fisheries must have their gas and diesel supplies prioritised over those for household use.

In case the top of Brussels has not noticed, we are seeing a disruption of gas supply. And while it is nice, speaking as a member of an EU household, that our gas is not rationed I would be much more concerned if we ran short of food.

That has not happened yet. But there will be food shortages next year if food production is cut in crops being planted now. The food we have been eating was harvested with fertiliser and diesel fuel set at last autumn’s prices.

If Europe does not change priorities, farmers will skimp on the first applications of ammonia-based fertiliser in the coming autumn for next year’s crops of wheat and rapeseed. European farmers have already reduced their application of expensive potash and phosphate fertiliser but it takes about two years of economising for the effects of those shortfalls to become dire. A lack of ammonia-based fertiliser will quickly lead to a disastrous harvest.

High-level European officials are not the only policymakers in the world to be struggling to grasp the issue fully. Samantha Power, administrator of the US Agency for International Development, opined last Sunday on a TV talk show that “as a result [of the fertiliser shortages] we’re working with countries to think about natural solutions like manure and compost. And this may hasten transitions that would have been in the interest of farmers to make eventually anyway. So, never let a crisis go to waste . . . ”

Power, despite her high office, seemed unaware of a less-than-ideal example of such a transition, or unwasted crisis: Sri Lanka. The island state’s leadership decided last April on an abrupt “transition” to closed-loop farming methods where organic material is recycled back into the soil, forbidding the import of synthetic fertiliser. The results were disastrous, escalating an already severe economic crisis. Rice yields have fallen heavily, adding to widespread food shortages and a surge in inflation.

Fortunately, only about 4 per cent of Europe’s natural gas use goes to ammonia fertiliser production, according to an industry expert. It is, though, the largest single industrial use of gas. I believe that ensuring an adequate food supply for Europe will require a subsidised set-aside of natural gas for fertiliser and diesel fuel for farm equipment until the end of the war in Ukraine and the reopening of the Black Sea ports.