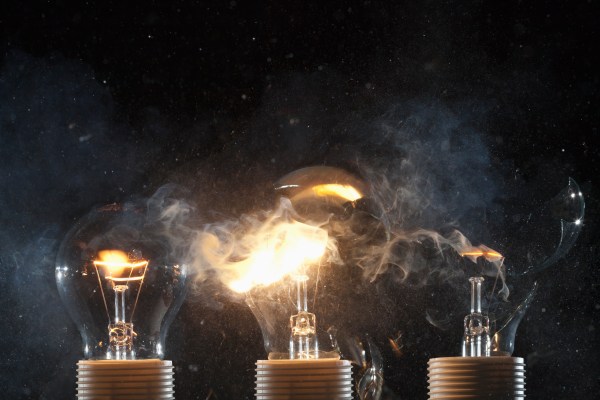 Post-pandemic reset leads to wave of layoffs in tech – TechCrunch


Ok, maybe it is a reckoning.

Over the past week, we’ve witnessed an alarming amount of layoffs across the startup ecosystem, from buzzy, big names like Cameo, OnDeck and Robinhood, to b2b platforms like Workrise and Thrasio. The common thread between most of these layoffs, according to founders, is that there’s been a shift in the market and a serious pivot in business is required. A pivot, that is, that hurts the employees that built your product up after high demand.

A pullback has been in the cards for months. It first impacted public tech companies and then slowly trickled down to late-stage deals and even their well funded early-stage counterparts. In February, Hopin cut 12% of staff, citing a goal of more sustainable growth while April included Workrise cutting staff and verticals despite a $2.9 billion valuation.

Now feels like an inflection point, in which tech unicorns are realizing that they may have overpromised a growth trajectory, over-hired, or overestimated their ability to raise that next round. They aren’t alluding to the market changing, they’re blaming it. The irony here is tough: the same workforces that helped companies meet a boom in pandemic demand, are the same workforces on the chopping block when trends change.

Below, we’ve listed out which companies announced layoffs this week to underscore the unfortunate, albeit growing, trend:

Software-as-a-service startups often get the reputation of being predictable, and therefore perfect for the risk-adverse investor. While stable business models have protected SaaS companies from the venture slow down for quite some time, TechCrunch is hearing that digital collaboration startup platform Mural just cut dozens of staff. Per sources and LinkedIn posts from laid off employees, the layoffs came after a corporate restructuring at the SaaS company. Sales and customer success folks were impacted. Also notably, the reduction comes less than a year after Mural raised a $50 million Series C after tripling its ARR.

These layoffs included teams across all organizations, including several C-suite. In a statement to TechCrunch, CEO Steven Galanis said that Cameo’s headcount “exploded” from 100 to 400 during pandemic lockdowns, but that now, the company “right-sized the business to best reflect the new realities.”

Employees who spoke to TechCrunch on the condition of anonymity said that they will receive severance packages that include eight weeks of base salary.

Robinhood to lay off 9% of full-time employees

The gamified consumer investing app Robinhood cut about 300 employees at the end of April, and like Cameo, the company cited an inability to keep up with early-pandemic acceleration. CEO Vlad Tenev wrote in a blog post that the company’s headcount grew from 700 to nearly 3800 from 2019 to 2021.

“After carefully considering all these factors, we determined that making these reductions to Robinhood’s staff is the right decision to improve efficiency, increase our velocity, and ensure that we are responsive to the changing needs of our customers,” he added.

On Deck cuts 25% of staff, scales back accelerator

On Deck, a tech company that connects founders, laid off about 72 people this week, which amounts to about 25% of staff.

In an email obtained by TechCrunch, co-founders Erik Torenberg and David Booth explained to staff that the market has “shifted dramatically” since 2021, when On Deck launched its ODX accelerator program. This program gives early stage startups $125,000 in exchange for 7% of the company, backing over 150 companies to date, bringing the total investment to almost $19 million. But sources close to the company said that ODX will likely be scaled back or even shut down.

TechCrunch’s sources also alleged that the company was attempting to raise a fund between $100 and $150 million, but in reality, they landed a fund closer to $40 million, leaving them with just nine months of runway. Hence, layoffs, mostly in operations and investing roles.

On Deck’s severance packages include eight weeks of paid base salary and twelve weeks of healthcare.

Thrasio’s business model is to buy up and consolidate third-party Amazon sellers, but apparently, that strategy is rife with ups and downs. After being rumored to go public, Thrasio raised $1 billion in funding last year, valuing the company at $10 billion.

In a memo to employees, the company implied it was growing too big too quickly.

“Now, as we assess our strategy for the road ahead, we need to take the time to properly absorb and grow the businesses we have acquired, make sure we have rigorous processes and controls, and then look to re-scale our team in the optimal areas for growth,” the note said.

Thrasio’s internal shake-up doesn’t end with layoffs, though – the aggregator is also installing Greg Greely as its new CEO. Greely formerly was president of Airbnb and a longtime Amazon executive.

Last year on “journalism Twitter,” it seemed like every day, a great culture reporter was leaving sites like Buzzfeed and Vice to work for Tudum, a burgeoning editorial project at Netflix. It makes sense why. One staffer told Buzzfeed that they were making three times as much money at Netflix than at their previous job.

Media workers are no stranger to layoffs, and perhaps a job at a massive tech company seemed more stable than working somewhere that recently laid off employees in a Zoom meeting with the password “spr!ngisH3r3.” But sometimes, the tech industry can be equally as cruel.

The project was championed by chief marketing officer Bozoma Saint John, who left Netflix last month after under two years. That departure left Tudum on shaky footing. Plus, Netflix reported that in the first quarter of 2022, it lost 200,000 subscribers — its first subscriber loss in over a decade. These losses are expected to continue, as Netflix forecasts a global paid subscriber loss of 2 million for the second quarter.

The layoffs reportedly affected 25 people total across Netflix’s marketing department. According to a tweet from a laid off writer, the staff was only offered two weeks of severance pay.

MainStreet, a startup that helps other startups uncover tax credits that was valued at $500 million last year, has laid off about 30% of its staff, according to a tweet from CEO Doug Ludlow. The chief executive said that “today’s incredibly rough market” is going to get worse and could remain for months, if not years. Like many fintechs, MainStreet is a startup that depend on other startups growing – making it especially vulnerable to any sort of pull back.

If you have been impacted by a startup layoff, reach out to Natasha Mascarenhas or Amanda Silberling via e-mail or Twitter DM: @nmasc_ or @asilbwrites