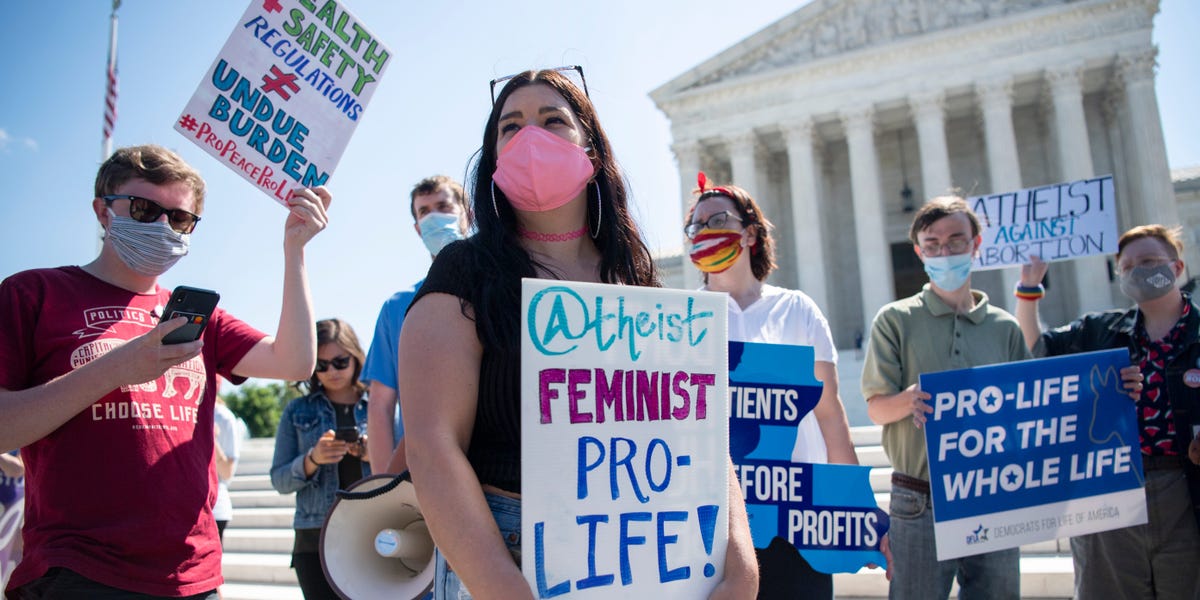 
Louisiana Republican lawmakers advanced a bill on Wednesday that grants constitutional rights to unborn children “from the moment of fertilization” and would lead to abortions being classified as homicides.

The “Abolition of Abortion in Louisiana Act” was passed in a 7-2 vote by a state committee and came two days after Politico published a leaked draft opinion that showed the US Supreme Court is set to overturn Roe v. Wade — the landmark 1973 case that recognized a woman’s constitutional right to have an abortion.

The act will now move to a vote in Louisiana’s House of Representatives and requires the approval of the state senate and governor. Both the state’s House and Senate have a strong Republican majority, while Democratic Governor John Bel Edwards has previously signed antiabortion laws.

A final ruling for the bill is expected in June, Reuters reported.

The bill’s stated purpose is to “ensure the right to life and equal protection of the laws to all unborn children from the moment of fertilization by protecting them by the same laws protecting other human beings.” The bill’s wording also acknowledges the “sanctity of innocent human life, created in the image of God.”

If enacted, the bill would go one step further than the “trigger” laws in some states that would immediately outlaw abortion if Roe v. Wade is overturned.

It would also mean changes to Louisiana’s definition of homicide and could allow state authorities to charge women who undergo abortions at any stage of their pregnancies, said Ellie Schilling, a Louisiana lawyer representing reproductive health care providers, said at the bill’s committee hearing, per Reuters.

Notably, the bill also states that the law should be enforced “without regard to the opinions and judgments” of the Supreme Court on Roe v. Wade.

The bill’s sponsor, Republican Rep. Danny McCormick, said on Wednesday that Louisiana “cannot wait for the Supreme Court to confirm that innocent babies have the right to life,” per NBC News.

“The taking of a life is murder, and it is illegal,” McCormick said, the outlet reported.

The American Civil Liberties Union of Louisiana tweeted that the bill “is blatantly unconstitutional.” “This means that women and girls who have abortions in Louisiana, and those who assist them, could be charged with murder,” the tweet read.

The advocacy group’s director, Chris Kaiser, said the bill would also make in vitro fertilization and

a crime by defining a fertilized egg as a person, according to Reuters.

Brian Gunter, a pastor who helped draft the bill, said it was a duty to “protect the least of those among us,” per Rolling Stone.

“No compromises, no more waiting,” he said, the outlet reported.