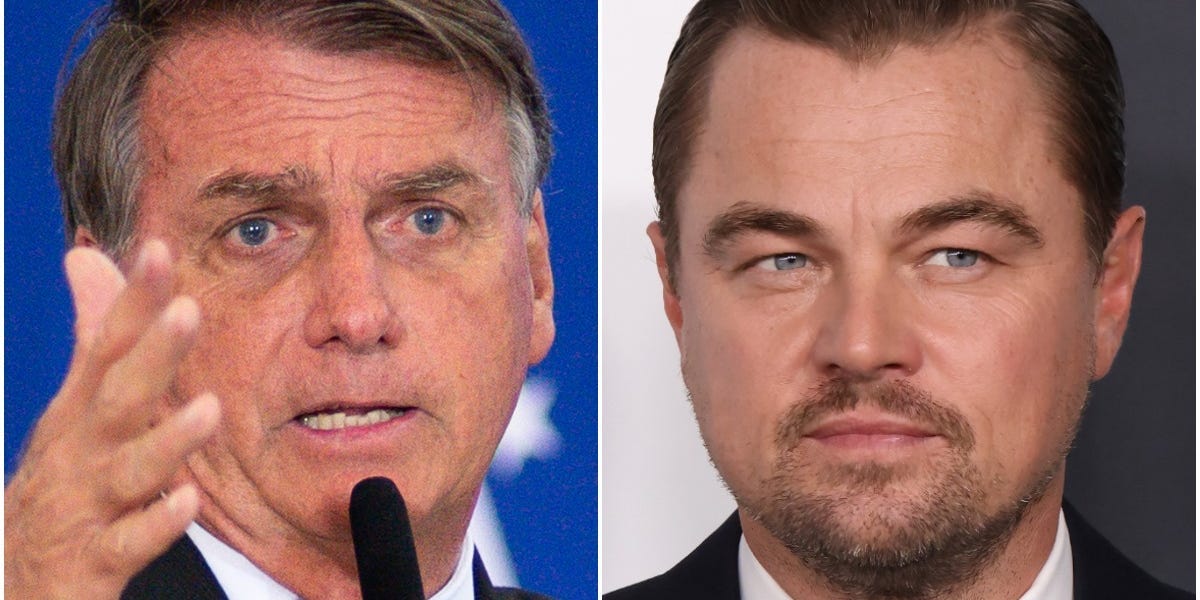 
Brazilian President Jair Bolsonaro told Leonardo DiCaprio on Tuesday to “keep his mouth shut” after the Hollywood actor called on Brazilians to vote for pro-climate candidates.

Bolsonaro, who is running for reelection in October, made the comments during a speech to supporters in front of his official residence in Brasilia, CNN reported.

“Now, DiCaprio has to know that it was the very president of the World Trade Organization who said that without Brazilian agribusiness, the world would be hungry,” Bolsonaro said, according to CNN.

“So, DiCaprio better keep his mouth shut instead of talking nonsense,” he added.

His remarks come after DiCaprio, who is also an outspoken environmental activist, encouraged voter registration among young Brazilians in several posts on his official Twitter account — some of which were written in Portuguese.

“Brazil is home to the Amazon and other ecosystems critical to climate change,” he wrote last week. “What happens there matters to us all, and youth voting is key in driving change for a healthy planet.”

Since taking office in 2019, Bolsonaro has faced widespread criticism for his environmental policies.

Last year, a group of climate lawyers called on the International Criminal Court (ICC) to investigate Bolsonaro for his actions in the Amazon, Reuters reported.

In their complaint, they accused the far-right leader of “fuelling the mass destruction of the Amazon with his eyes wide open and in full knowledge of the consequences,” per Reuters.

Brazil set a new record for Amazon deforestation earlier this year after government satellite data revealed that the number of trees cut down in the Amazon in January far exceeded deforestation for the same month last year, the BBC reported.

This is not the first time Bolsonaro has publicly lashed out at DiCaprio.

In 2019, he accused the actor of funding nonprofit groups that he said were responsible for fires in the Amazon. He did not provide evidence for this claim.

The election in Brazil, where voting is mandatory for anyone aged between 18 and 70, will be held on October 2.