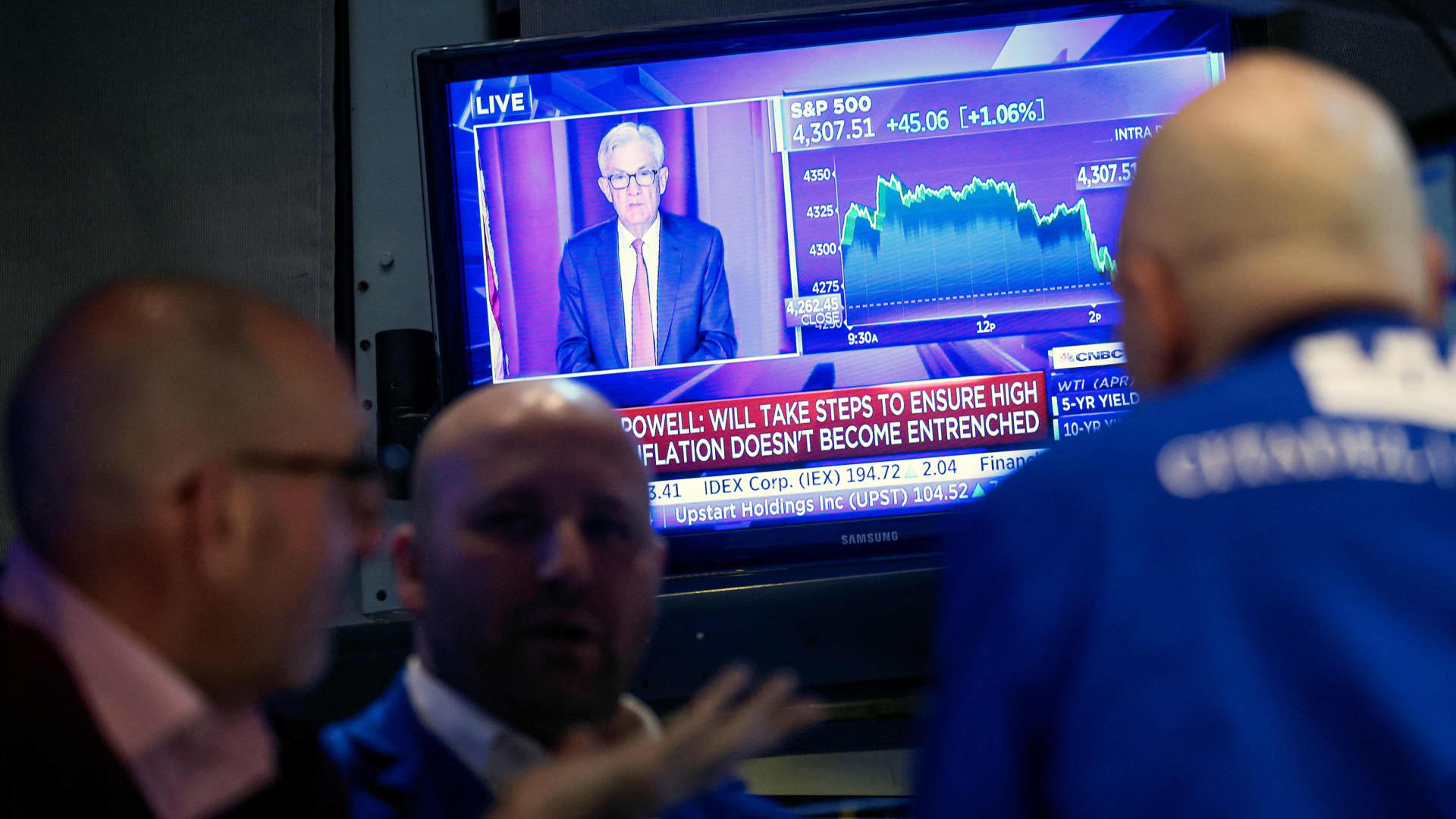 Open to close as focus turns to Fed

The Fed will announce its big interest rate decision on Wednesday afternoon, with markets largely expecting the central bank to hike rates by half a percentage point as it looks to rein in inflation, along with announcing a plan to cut its balance sheet from June.

“I think it’s more just about investors trying to understand at what point tightening monetary policy actually starts to affect the real economy and real demand.”

Sunil Krishnan, head of multi-asset funds at Aviva Investors, told CNBC on Wednesday that the Fed was the key driver of stock market fluctuations so far this year, and would likely remain so.

“I think it’s perhaps less about academic thinking in terms of ‘how do I change the discount rate when I value a company?'” he said.

“I think it’s more just about investors trying to understand at what point tightening monetary policy actually starts to affect the real economy and real demand.”

Corporate earnings remain a key driver of individual share price movement in Europe. Volkswagen, UniCredit, Enel, Siemens Healthineers, Fresenius and TeamViewer were among those reporting before the bell on Wednesday.

At the bottom of the European blue chip index, Swedish construction company Skanska slid more than 11% after its first-quarter earnings report.

Euro zone retail sales fell in March as falling consumer confidence and rising inflation squeezed household spending. Sales volumes declined 0.4% in March from the previous month, below a consensus forecast for a 0.1% increase among economists polled by The Wall Street Journal.

Investors are also keeping on eye on the war in Ukraine, with the EU lining proposing additional oil sanctions on Russia as Russian forces continue to bombard targets in eastern Ukraine.

The European Commission on Wednesday put forward new sanctions against the Kremlin which will include a six-month phase out of Russian crude imports.

U.S. stock futures were fractionally higher in early premarket trading as investors braced themselves for the upcoming Fed decision. Shares in Asia-Pacific retreated during Wednesday trade, with Hong Kong’s Hang Seng index shedding more than 1% as shares of tech giants Tencent and Alibaba both declined.

Bond yields in Europe remain elevated, with Germany’s benchmark 10-year bund yield hovering just above 1%, having crossed that marker on Tuesday for the first time since 2015, just two months after it was below zero. Yields move inversely to prices.