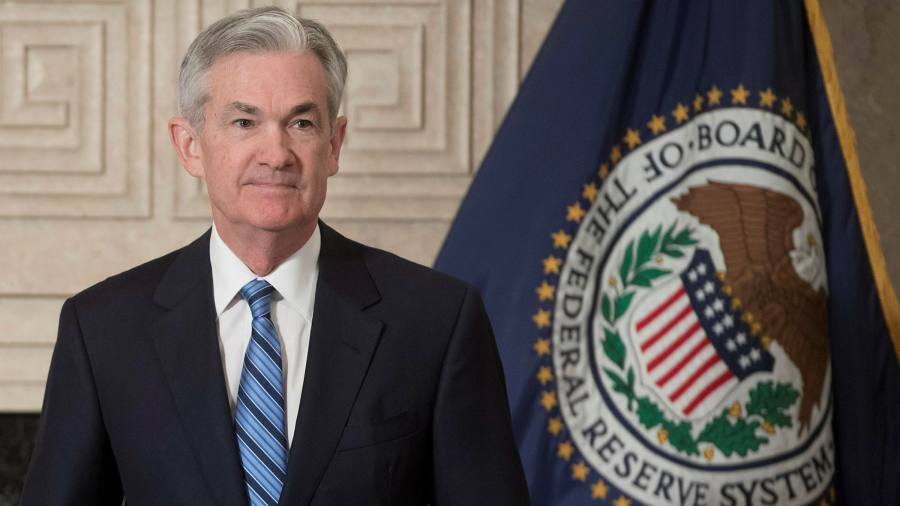 
The Federal Reserve raised its benchmark policy rate by half a percentage point for the first time since 2000 and sent a strong signal that it intends to increase it by the same amount at the next two meetings as the US central bank embraced a more aggressive approach to tackling high inflation.

At the end of its two-day policy meeting on Wednesday, the Federal Open Market Committee lifted the target range of the federal funds rate to a range of 0.75 per cent to 1 per cent. It was the first time since 2006 that the central bank has implemented rate increases at back-to-back meetings.

At its March meeting, the Fed raised rates a quarter of a percentage point from the near-zero level where they had hovered since the onset of the pandemic. Since then, top officials have backed a much more rapid withdrawal of the pandemic-era stimulus in light of one of the tightest labour markets in history and signs that price pressures are becoming entrenched.

In a press conference following the announcement, Fed chair Jay Powell said: “There is a broad sense on the committee that additional 50 basis point increases should be on the table at the next couple of meetings.”

The committee said it was “highly attentive” to soaring inflation but warned of further upward pressure on prices stemming from supply chain bottlenecks caused by the war in Ukraine and Covid-19 lockdowns in China.

The decision marked the Fed’s latest step to shift monetary policy to a so-called neutral position that neither speeds up nor slows down economic activity. Powell in March said the central bank should move “expeditiously” towards that level this year.

Officials have suggested a neutral federal funds rate is somewhere between 2 and 3 per cent, but many economists believe it is much higher, given how much inflation has overshot the Fed’s 2 per cent target. Core inflation, as measured by the central bank’s preferred personal consumption expenditures price index, reached 5.2 per cent in March compared with the previous year.

Additional half-point rate rises are now expected in short order, with further adjustments likely in June and July. If the Fed then raises rates by just a quarter-point at each of the remaining meetings in September, November and December, the fed funds rate would hover between 2.5 and 2.75 per cent by the end of the year.

Fed officials argue the US economy is strong enough to withstand much tighter monetary policy without falling into a recession. Powell said there was a “good chance” of a “soft or softish landing”, pointing to the strength of household and corporate balance sheets and the strong labour market.

However, earlier on Wednesday, US Treasury Secretary Janet Yellen, who preceded Powell as Fed chair, said the central bank would need to be “skilful and also lucky” to achieve a soft landing.

Immediately following the announcement, the two-year Treasury yield, which moves with interest rate expectations, dipped, suggesting the increase had been fully priced in by the market. On Wall Street, the S&P 500 and Nasdaq Composite indices rose to their highest level in a week before declining to trade roughly flat.

Investors in the futures market are now betting that the Fed’s key interest rate will be 2.96 per cent at the end of the year, up from the 2.88 per cent they were predicting on Tuesday.

“Markets can breathe a sigh of relief that there were no surprises,” said Brian Smedley, chief economist at Guggenheim Partners. “The policy decisions on their own are in line with guidance we’ve already received.”

The Fed reiterated its optimistic outlook in its policy statement, saying it expected the labour market to remain “strong” with “appropriate firming in the stance of monetary policy” that would bring inflation back to the target range.

The Fed also confirmed its plans to pare back its $9tn balance sheet by shrinking its portfolio of Treasuries and agency mortgage-backed securities, which has ballooned since early 2020 as it hoovered up bonds to support the economy.

The central bank will begin reducing its holdings in June using a process known as run-off whereby it stops reinvesting the proceeds of maturing securities.

The Fed will initially cap the run-off at $30bn a month for Treasuries and $17.5bn for agency MBS and will increase the threshold over three months to as much as $60bn and $35bn, respectively.

When the amount of maturing Treasuries falls below the $60bn cap, the Fed will make up the difference by reducing its holdings of shorter-dated Treasury bills. Investors reckon the Fed will also have to resort to outright sales of agency MBS at some point, given the date that some securities are expected to mature.

The central bank is moving much more quickly than it did when it last attempted to shrink its balance sheet. That process kicked off roughly two years after the Fed first raised rates in 2015 following he global financial crisis. Back then, it set a $10bn monthly cap, which was gradually lifted to $50bn.