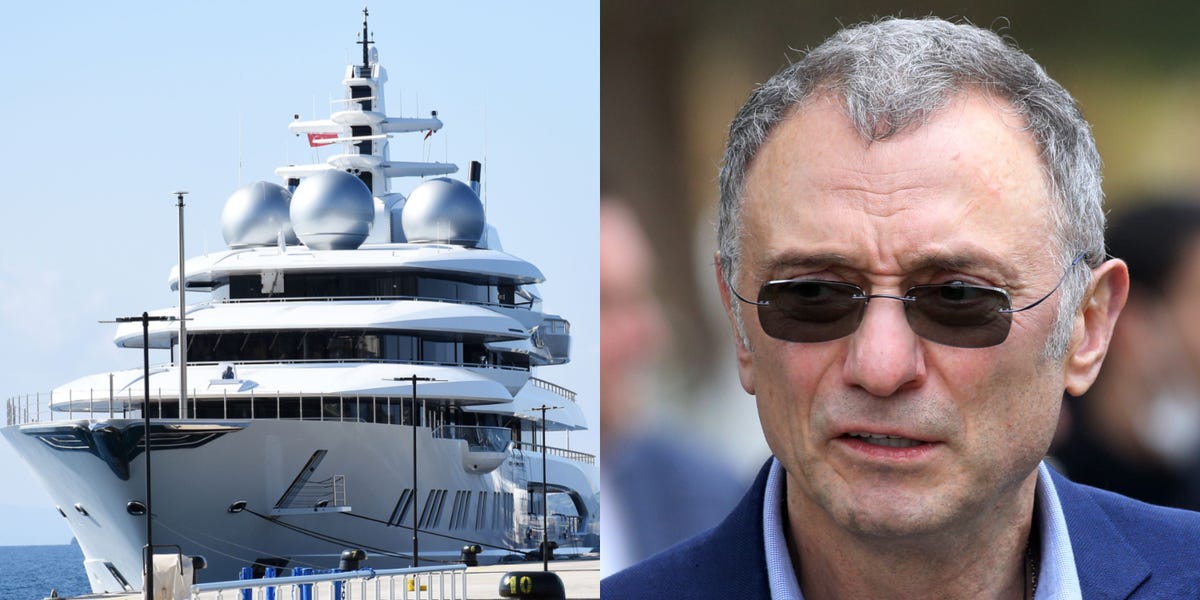 Fiji Says US Can Seize a Sanctioned Russian Oligarch’s Superyacht


The US can seize a superyacht it says belongs to a sanctioned Russian oligarch, a high court in Fiji has ruled.

US authorities say the superyacht, the Amadea, is beneficially owned by sanctioned Russian oligarch Suleyman Kerimov, a spokesperson for Fiji’s director of public prosecutions (DPP) previously told Insider. Suleyman has been sanctioned by the UK, European Union and the US.

The High Court in Suva, Fiji’s capital, on Tuesday “granted the order to seize the superyacht Amadea after an application was made last month by the Director of Public Prosecutions to register the US warrant to seize the yacht,” the DPP’s office said in a statement.

The Amadea arrived in Fiji from Mexico on April 12. A week later, it was barred from leaving Fiji’s waters “until the finalization of an application to register a warrant to seize the property” under a restraining order granted by the country’s high court.

If the yacht is seized, it would be the second vessel seized by the US under sanctions aimed at putting pressure on Russian President Vladimir Putin to stop his invasion of Ukraine.

When asked about the application to seize the Amadea, the US Embassy in Suva told Insider that the US would act with partners across the world to impose costs on the Kremlin “if it continues its war of choice.”

“We continue to ratchet up the pressure on Putin’s oligarchs and we are working with allies and partners to go after corrupt gains from some of the individuals closest to Putin, no matter where they are held around the world,” the Embassy said.

Defense lawyers, however, have disputed the claim that Kerimov owns the vessel and say it’s actually owned by Eduard Khudainatov, former chairman and CEO of Kremlin-controlled energy giant Rosneft, per AP.

Kerimov is one of Putin’s ‘inner circle of oligarchs’

Kerimov, a member of the Russian Federation Council, was sanctioned by the EU and UK on March 15. The EU said that Kerimov is “a member of the inner circle of oligarchs” close to Putin and that he was part of a group who met with the Russian president at the Kremlin in late February to discuss Western sanctions.

Kerimov had already been sanctioned by the US in 2018 for “being an official of the Government of the Russian Federation.” Kerimov was arrested by French police in 2017 in connection with a tax evasion investigation.

Kerimov is worth around $14.4 billion, per Bloomberg estimates. He owns Nafta Moscow, a financial and industrial group in Russia, and his family owns a controlling stake in Polyus Gold, which claims to be Russia’s biggest gold producer.

The Amadea, built by German yacht makers Lürssen, is close to 350 feet long and has lodgings for 16 guests across eight cabins. Amenities on board include a gym, beauty salon, bar, and glass elevator. It also has an infinity pool, another pool on the owner’s private terrace, a jacuzzi, and a helipad.

On April 4, the US seized Tango, a $90 million superyacht which it said belonged to sanctioned Russian oligarch Viktor Vekselberg. The vessel was seized in Palma De Mallorca, Spain, by Spain’s Civil Guard and officials tied to the Department of Justice’s KleptoCapture task force.