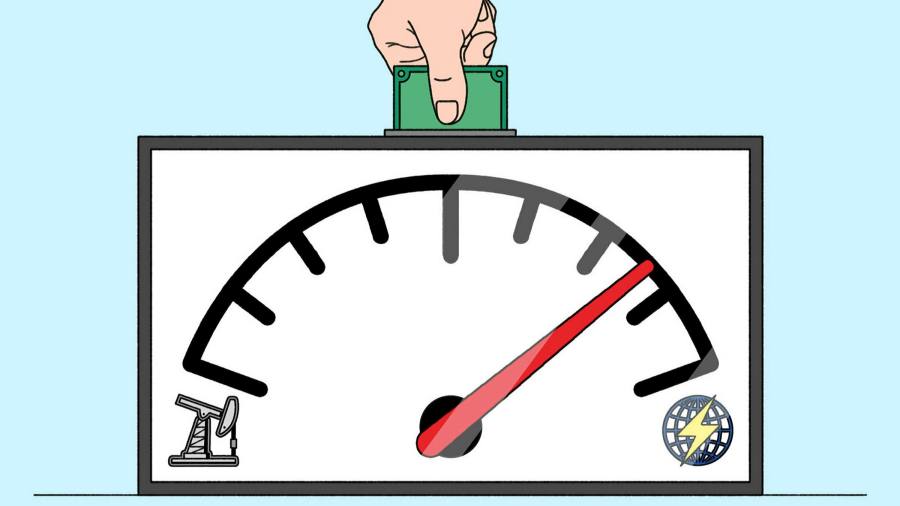 
The company that makes London’s electric black cabs announced its 5,000th sale this week. The US has unveiled plans for a solar building bonanza. New OECD figures showed green Covid recovery spending has jumped to more than $1tn.

Across the world, action to tackle climate change is on the rise. But so is a less visible force that will derail such progress: the idea that there is a get-out clause that would allow fossil fuels to be used for much longer than scientists deem safe.

The argument goes like this. Last year, the International Energy Agency published a comprehensive study of how to shift to a net zero energy system by 2050.

Much was made of its finding that net zero policies would drive a surge in clean energy and quash demand for oil, gas and coal so much that there would be no need to fund new fossil fuel supplies beyond 2021. As Fatih Birol, IEA executive director, put it: “If we want to reach net zero by 2050 we do not need any more investments in new oil, gas and coal projects.”

But the agency did not say there would be zero fossil fuels in a net zero world. Rather, it assumed such fuels would fall from almost 80 per cent of global energy supply today to slightly over 20 per cent by 2050.

The remaining 20 per cent would be used in goods where carbon is embodied, such as plastic, or in plants fitted with equipment that captured carbon dioxide before it could warm the atmosphere, or in industries that could not easily switch to greener technologies.

It is the question of who gets to produce that last 20 per cent that has triggered magical fossil fuel thinking.

“Everybody wants that share,” says the University of East Anglia’s Professor Corinne Le Quéré, chair of France’s High Council on climate and a member of the UK Committee on Climate Change.

Some producers say they deserve it because their fossil fuel production is cleaner, others because it is cheaper, or nearer. Either way, they argue they should be allowed to continue with business very much as usual.

Le Quéré says something similar happened in the UK when it had a goal for an 80 per cent cut in emissions by 2050. “All these industries said they could use the remaining 20 per cent, so they didn’t need to do too much to cut their emissions.”

But that final 20 per cent was always going to be too small to justify such inaction, she adds. “It’s not a magic get-out clause.”

Now, the problem has gone global. Companies and countries alike have seized on the IEA’s 20 per cent figure to justify expanding oil, gas and coal projects — even as they pledge support for net zero emissions, one of the most influential climate policy concepts to emerge this century.

As one Wall Street banker told me recently, some fossil fuels will still be needed in a net zero world in 2050, so ending financing for oil and gas projects from now “doesn’t make a lot of sense”.

Mia Mottley, the prime minister of Barbados and a vocal climate champion, goes further. Fossil fuel exploration is being allowed off her country’s coast and she argues that it is poorer countries that deserve to exploit what fossil fuels remain in a net zero world, not nations already enriched by such sources.

“Net zero is not zero fossil fuel,” she told me in an interview in March, citing the IEA’s 20 per cent figure. “So how do you tell a country like Guyana, a highly indebted, poor country for decades, that now that it has access to fossil fuels, it can’t participate?”

Answers are emerging, but too slowly. Rich nations last year promised South Africa $8.5bn to help it shift away from coal, but that is just one country. Likewise, there is an argument that if net zero policies choke off fossil fuel supplies too fast, it could trigger higher prices. Ultimately though, the remorseless logic of net zero requires a use-by date for most oil, gas and coal.

As UN science reports have repeatedly warned, meeting the 2015 Paris agreement’s goal of keeping global warming to 1.5C requires emissions to fall to nearly zero by 2050 — leaving a share so small that any remaining greenhouse gases can be mopped up by “carbon sinks” such as forests or oceans.

This does not mean fossil fuel use has to end overnight, says Alberto Carrillo Pineda, co-founder of the influential Science Based Targets initiative that assesses corporate climate plans. “But the science is clear.”

The fossil fuel project pipeline is already so large that no more exploration or new oilfields are needed in a net zero world. Pretending otherwise must end.