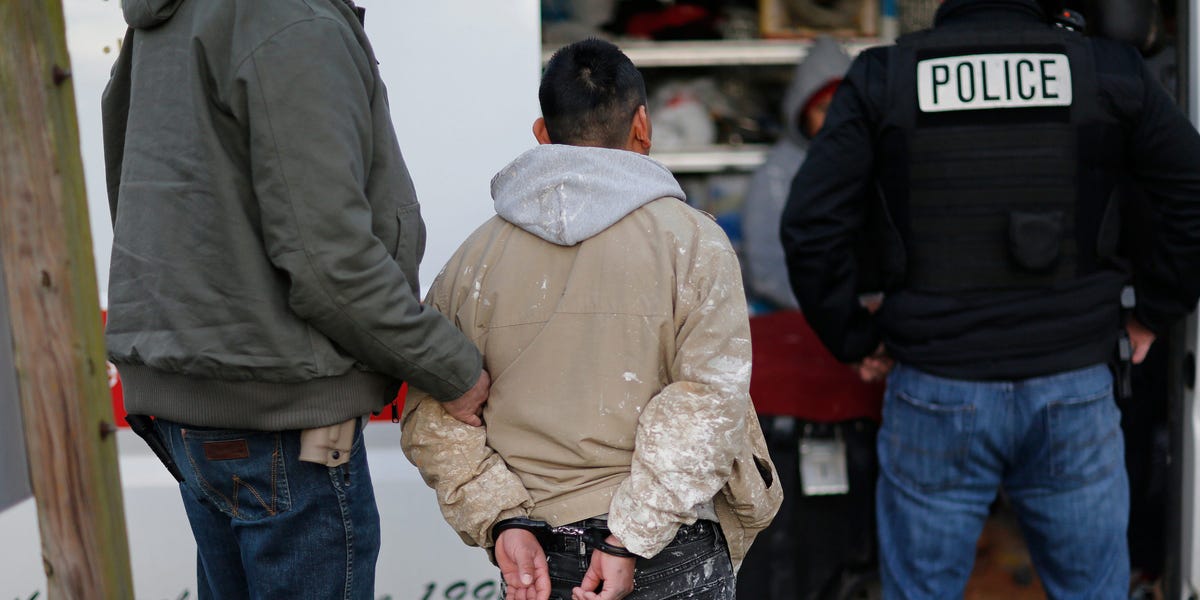 ICE Has a New $7.2 Million Contract for Facial Recognition Check-Ins for Migrants

Trust Stamp’s contract, which was renewed in April, has it providing ICE with 10,000 smartphones that include the company’s app with facial recognition and GPS tracking, according to the documents. ICE then gives these smartphones to migrants in order to surveil their whereabouts and behavior daily.

The renewal comes just two months after several US lawmakers, led by Rep. Rashida Tlaib of Michigan, demanded that the Department of Homeland Security reduce its surveillance of migrants through ICE’s Alternatives to Detention program. The program involves “supervised release and enhanced monitoring” for migrants that ICE thinks are “not considered a flight risk” or have a “humanitarian reason for their release.” Trust Stamp’s contract is through this program, the documents show.

Rep. J. Luis Correa, who signed onto the letter, said that he’s very concerned and angry that members of Congress haven’t been kept in the loop about changes and expansions to the Alternatives to Detention program like the Trust Stamp contract. “The fact that a reporter has to call and tell me as opposed to the ICE director is the issue,” he told Insider, noting that the position of ICE director is vacant.

Representatives for ICE and Trust Stamp did not respond to requests for comment.

According to the original contract information, migrants with Trust Stamp phones are expected to complete “biometric check-in” once a day, meaning they scan their faces, and Trust Stamp determines if it’s a match or not.

An ICE officer looks at the result of each check-in, as well as the migrant’s location, through a “case management dashboard with encrypted messaging.” The officer can use the messaging feature to “advise participants of required in-person meetings,” per the contract information.

The Trust Stamp app also conducts “passive tracking of geolocation” throughout the day, even when the migrant is not checking in.

Trust Stamp signed its first six-month contract with ICE in September 2021 for $3.9 million. ICE’s renewal extends the agency’s use of its software through September 2022, with a total one-year payday of $7.2 million.

On April 15, Trust Stamp was forced to pause all work on the contract, pending Congressional notification of the contract, as required by law for certain contracts worth more than $1,000,000. The renewed contract is worth 14 times as much as ICE’s annual contract with the controversial facial recognition company Clearview AI.

Trust Stamp is not the only surveillance company ICE has contracted through its Alternatives to Detention program, which tracks more than 180,000 migrants. The agency has for years worked with BI Inc and SmartLINK, which provide ankle monitors and smartphones with check-in apps that have facial recognition, voice recognition, and GPS tracking. These tracking devices have left people with bruising and injuries, and have often malfunctioned, according to a recent report by the Miami Herald. In April, immigrant rights groups Mijente, Just Futures Law, and Community Justice Exchange sued ICE for information it has collected through the Alternatives to Detention program.

Got a tip? Contact this reporter via email at chaskins@insider.com or caroline.haskins@protonmail.com, or through secure messaging app Signal at +1 (785) 813-1084. Check out Insider’s source guide for suggestions on how to share information securely.

Market Sentiment Is Not As Strong As On-Chain Activity

How China is contributing to higher inflation worldwide in three areas

I Spend All Year Planning the Macy’s Thanksgiving Day…