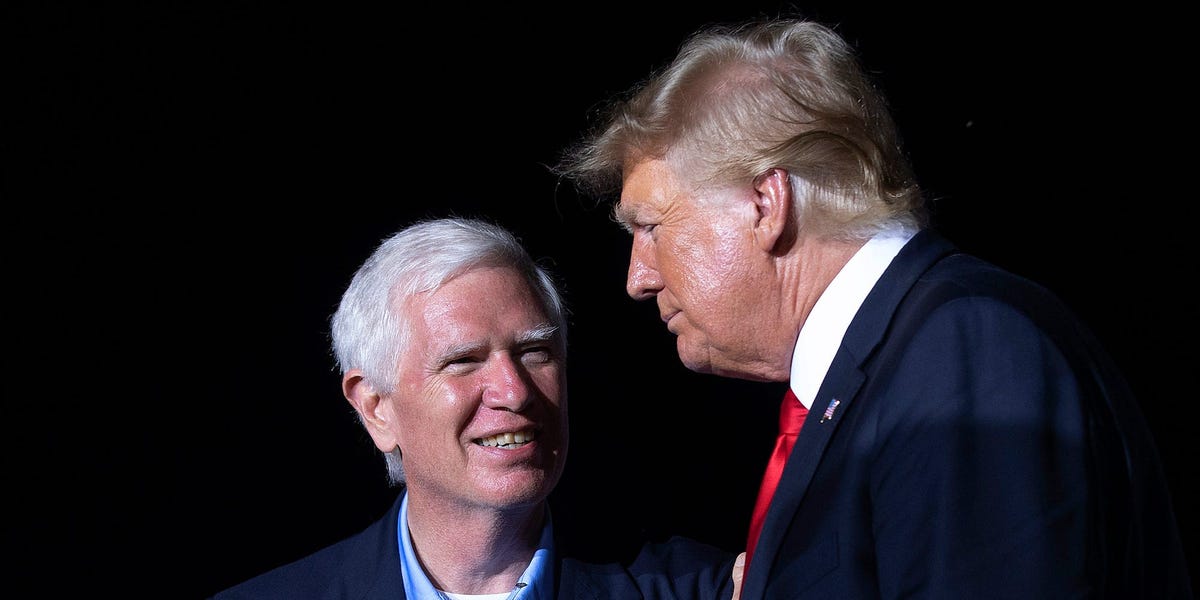 Lawmakers on the panel also sent requests to Republican Reps. Andy Biggs and Ronny Jackson. The panel’s requests for the Texas and Arizona lawmakers cover a wide range of subjects, including Biggs’ reported efforts to receive a preemptive pardon from Trump for his activities on January 6 and the Oath Keepers’ texts about protecting Jackson from Capitol rioters.

“The Select Committee has learned that several of our colleagues have information relevant to our investigation into the facts, circumstances, and causes of January 6th,” Committee chairman Rep. Benny Thompson and Vice Chair Rep. Liz Cheney said in a joint statement announcing their request.

Unlike the other two Republicans, Brooks has had a messy break with Trump. Their split occurred after Trump took the rare step of yanking his support for Brooks’ Senate campaign, arguing the Brooks “went woke.” Brooks responded with a blistering statement alleging that Trump repeatedly pressured him to try to unilaterally overturn the election.

“He always brings up, ‘We’ve got to rescind the election. We’ve got to take Joe Biden out and put me in now,” Brooks told a local Alabama TV station shortly after Trump withdrew his support.

Members of the special panel investigating the insurrection have repeatedly stated that it is rare for a congressional committee to seek testimony from members of Congress, but they have defended their actions as necessary to understanding the full scope of what led up to and occurred during the insurrection.

Ali Alexander, the organizer of the “Stop the Steal” rally that preceded the riot, reportedly told the committee that Biggs, Brooks, and GOP Rep. Paul Gosar helped him plan the rally. A spokesman for Biggs has denied that the Arizona Republican met with Alexander or worked with him to plan part of the protest.

Jackson has previously denied any connection to the Oath Keepers, despite members of the far-right fringe group texting about his movements as the insurrection unfolded.

“Like many public figures, Rep. Jackson is frequently talked about by people he does not know,” a spokesperson for the Texas Republican said in a statement, Courthouse News reported last month. “He does not know nor has he ever spoken to the people in question.”

One unidentified Oath Keeper texted during the riot, “Dr. Ronnie Jackson — on the move. Needs protection. If anyone inside cover him. He has critical data to protect.”

Trump later denied to The Washington Post that he ever asked Brooks to reinstate him in office.

The panel is asking all three lawmakers to meet with them next week. Spokespeople for Brooks, Jackson, and Biggs did not immediately respond to Insider’s requests for comment.