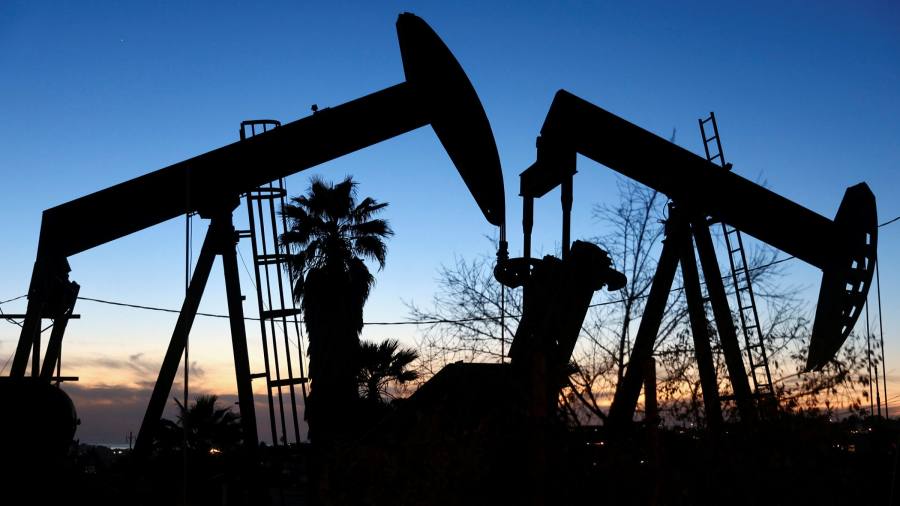 Big Oil: companies have chosen not to spend big on investment


Big Oil has hit a gusher — of cash, that is. The bad news for American drivers is few of these oil producers are rushing to funnel their profits into new drilling projects.

Even with the prices for US and Brent crude sitting comfortably above $100 a barrel, the energy majors steadfastly shovel cash to shareholders instead. ExxonMobil said it would triple its share buyback programme to $30bn through 2023. Chevron, which just delivered its biggest quarterly profit in almost a decade, will double its buyback to perhaps $10bn a year.

Focusing on shareholder returns makes sense. The coronavirus pandemic initially crushed oil demand, doing the same to share prices of the producers. To win them back, companies had to rein in spending, cut debt and rain cash on investors.

But energy stocks have enjoyed a massive rally this year. Exxon trades at near four-year highs, up 37 per cent. Climbing nearly as much, Chevron’s shares recently hit a historic high. They will now repurchase shares at elevated levels far above their book values.

Given the height of oil prices, an argument can be made that companies can find more profitable outlets for their cash holdings than buying back their own stocks. More capital expenditure does not mean less shareholder return. Most producers can afford to drill more and still keep investors happy with higher payouts.

Between them Exxon and Chevron generated $17bn in free cash flow during the quarter. Collectively they spent just $6.9bn on capital expenditure.

Big Oil’s reluctance to open their wallets probably reflects frustration with Joe Biden’s energy policy. After imposing a temporary ban on drilling on federal lands, the White House now calls for companies to pump more oil. Yet at the same time it has pushed tax credits to incentivise solar power and electric vehicles.

The incongruity of these policies, along with rising labour costs and concerns about depleting their best fields, only encourages the biggest oil producers to take their time lifting more oil from their fields. Something has to give.

‘Tis The Season For Shareholder Meetings