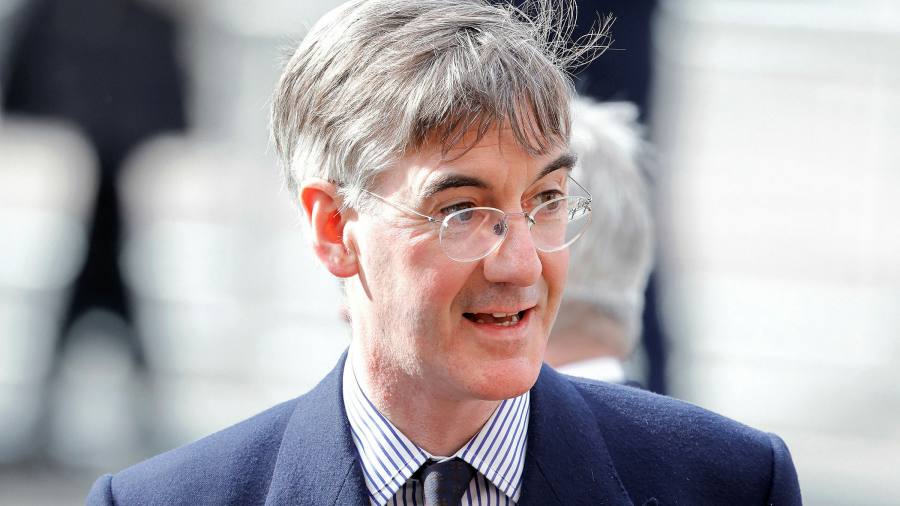 
Britain is to delay for a fourth time full post-Brexit border checks on imports from the EU, after ministers concluded they would drive up costs and exacerbate the cost of living crisis.

The move was broadly welcomed by the food industry but veterinary and farming groups warned that the continued suspension of checks at the border on animal and agrifood products risked causing “significant damage” to UK farming industries.

Port operators were also critical, saying the £100mn they had spent in preparation for the checks “now looks like wasted time, effort and money”.

In a letter to MPs, Jacob Rees-Mogg, Brexit opportunities minister, said the government was dropping border checks that were due to be implemented in July until at least the end of 2023, but with a final date subject to industry consultation.

Since the end of the Brexit transition period, British companies have faced costly paperwork and checks when exporting to the EU, but Rees-Mogg’s decision means their counterparts on the continent will still be spared such bureaucracy when selling into the UK market.

James Russell, senior vice-president, of the British Veterinary Association, said the government’s move “flies in the face” of ministers’ commitment to preserving high levels of animal and human health in the UK at a time when diseases such as African swine fever had already had a catastrophic impact in parts of Europe.

“We urge the government to abandon these plans and close off the threat of causing significant damage to our food and farming industries,” he said.

“Government needs to engage urgently with ports to agree how the substantial investments made in good faith can be recovered,” he said. “We will of course be working closely with the government on its new vision of a slimmer and smaller regime of border checks.”

Rees-Mogg told MPs that one of the “key benefits” of leaving the EU was the ability of Britain to manage its own border arrangements to the benefit of its citizens.

The government said the delay in imposing full checks on EU imports would save at least £1bn in border costs.

Rees-Mogg told MPs that the government’s approach was “proportionate to risk” and that imposing new administrative burdens on imports would “compound” cost of living pressures.

Without the delay, from July 1 so-called sanitary and phytosanitary checks would have required imports of EU animals and agrifood products to be checked by vets and other health officials on arrival in the UK.

Instead, those checks will continue to be carried out “at destination”, away from the border. EU imports will also not be required to have accompanying “safety and security declarations”, or health certificates, which are required on UK goods arriving in the EU.

Checks were first delayed in June 2020 after the Covid-19 pandemic started to bite, followed by further deadline extensions in March 2021 and September 2021.

Trade groups broadly welcomed the move, but also expressed frustration over the continued moving of goalposts, which one insider said has cost time and money.

“The irony of all this is the government has delayed the checks to address the cost of living crisis, having cost business a fortune with their repeated delays and inability to deliver border controls,” said one industry executive.

Dominic Goudie, head of international trade at the Food and Drink Federation, which represents major manufacturers in the sector, welcomed the clarity that the decision had given the industry and urged the government to use the time to streamline border processes.

“It’s critical that real changes are made to the way sanitary and phytosanitary certification is completed, rewarding trusted and high standard traders and making groupage far easier,” he added.

William Bain, head of trade policy at the British Chambers of Commerce, said it was “sensible” to postpone food checks, which research had shown had damaged UK exports to the EU, particularly from smaller businesses. However, the BCC reiterated its call for a veterinary agreement with the EU to significantly reduce food-related border checks.

Rees-Mogg said: “Today’s decision will allow British businesses to focus on their recovery from the pandemic, navigate global supply chain issues and ensure that new costs are not passed on to consumers.

“It’s vital that we have the right import controls regime in place, so we’ll now be working with industry to review these remaining controls so that they best suit the UK’s own interests.”

A European Commission spokesman said: “This is a UK decision regarding its own border and therefore we have no comment to make.”