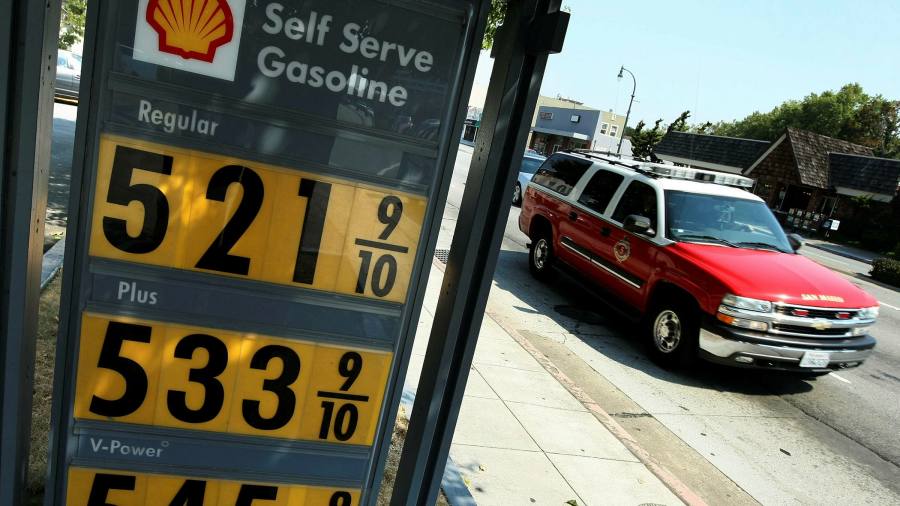 Welcome back to Energy Source!

Russian president Vladimir Putin opened a new front in the energy war with the west, cutting off gas supplies to Poland and Bulgaria after the countries refused Moscow’s demand to shift payment into roubles.

The move sent gas futures on the continent soaring by as much as 20 per cent, before they stabilised. Ultimately the price move was more muted than previous disputes.

Poland and Bulgaria’s plight will be eased slightly by the fact that both nations have already taken significant steps to wean themselves off Russian supplies. Poland is turning to Norway and the global liquefied natural gas market, while the Bulgarians are hoping Azerbaijan can plug the gap. But even if the shift is manageable, it’s another big pull on an already creaking global gas supply system.

Russia’s decision to turn off the taps also brings the Ukraine war into a new phase. It makes clear that Putin sees gas as a weapon to be deployed in his economic fight with the west. That is likely to accelerate European efforts to move away from Russian energy in the coming years. It could also lead the Europeans to ratchet up sanctions on Russian energy, including oil, in response.

The big question is whether this marks the start of a bigger campaign from Russia to cut Europe off from its energy sources. There’s more on this from Myles below.

Elsewhere in today’s newsletter, I have a look at the impact of the war on green energy spending and the pace of the energy transition. Finally, petrostates are set for a historic windfall from soaring crude prices, Amanda reports in Data Drill.

Thanks as always for reading!

One way to fuel the shift towards decarbonisation

One of the big questions of the moment is whether spiking oil and gas prices in the wake of the coronavirus pandemic and Russia’s invasion of Ukraine will accelerate efforts to decarbonise the global economy. Or will these events pull attention — and cash — back towards fossil fuels to ensure supply?

Count Goldman Sachs in the green acceleration camp. Michele Della Vigna, an analyst at the investment firm, argues that higher oil and gas prices will do two things to push forward the shift to cleaner fuels: make green technologies more cost competitive and give big energy firms an influx of cash that they are likely to redeploy to clean technologies.

“My view is definitely that higher oil and gas prices are a necessary driver of decarbonisation,” Della Vigna said on Wednesday.

He pointed to green hydrogen as an example of a technology that suddenly looks more attractive after the spike in natural gas prices — especially in Europe.

“I often hear how green hydrogen may be economic by the end of the decade. Well, you know what, today, green hydrogen is already in the money in Europe. Yes, that’s a result of exceptionally high gas prices. But I think it’s an interesting reality,” said Della Vigna.

He added that the shift in competitiveness for green hydrogen “tells us that some of these technologies can become in the money a lot earlier than the market thinks,” especially if high fossil fuel prices persist, which he says “could very well continue for the rest of this decade”.

Della Vigna also said he expects the oil majors, under significant pressure from investors to green their businesses, to redeploy “a big chunk” of the windfall from high oil and gas prices into their low-carbon businesses.

That question will come to the fore over the coming week as ExxonMobil, Chevron, BP and other oil majors report what is expected to be some of their most profitable quarters ever, and face questions from investors over what the funds will go towards.

Brian Singer, another analyst at Goldman Sachs, added that he expected the energy crisis to spur government spending on green energy in a way “we didn’t necessarily get” out of the climate talks in Glasgow last year.

Even if there is an acceleration in green spending, the amount of investment needed to get on a net zero path is truly eye watering. Goldman Sachs argues $6tn every year needs to be spent on everything from wind, solar, batteries, carbon capture, hydrogen and beyond. That is nearly double the average annual green capital spending from 2016 to 2020. (Justin Jacobs)

Russia showed its willingness to deploy energy as a weapon this week as it severed natural gas supplies to Poland and Bulgaria — its strongest retaliation yet to EU sanctions.

Gas prices jumped as much as 20 per cent yesterday after state-owned Gazprom suspended exports to the two countries for refusing to make payments in roubles.

But as markets digested the significance of the move, prices retreated, with benchmark TTF futures settling up 10 per cent at around €108/megawatt hour.

While the decision triggered sharp condemnation from EU leaders — who accused Moscow of “blackmail” — in reality both countries have been weaning themselves off Russian gas for some time.

Poland’s and Bulgaria’s gas imports from Russia make up 45 and 80 per cent respectively of their energy needs, according to the International Energy Agency. But summer weather combined with new supplies from other pipelines set to open later this year mean fallout will be contained.

Analysts at Goldman Sachs said they were maintaining their summer TTF price forecasts at €108/MWh.

But the move ratchets up pressure on the EU to come to an agreement with Russia on how to pay for energy exports. Putin ordered last month that gas exported to “unfriendly countries” including EU member states had to be paid for in roubles. European countries have refused, arguing it flies in the face of contractual terms.

“We maintain our view that it is in the interest of both the EU and Russia to work out a solution that brings gas payments in compliance with the EU’s legal requirements,” said Goldman.

Should Russia take a similar approach to Germany, and cut off gas exports to Europe’s industrial powerhouse, prices could soar above $200/MWh.

For more on this topic, check out our explainer. (Myles McCormick)

Government revenues from oil and gas are set to break records in 2022, says new analysis by Rystad Energy. Tax income from the upstream sector is expected to total $2.5tn, an all-time high and nearly double the amount last year.

High oil and gas prices and increased supply are driving the influx of cash. Six of the 10 highest-earning governments are in the Middle East, with Saudi Arabia topping the list at $413bn in total upstream payments. The US ranks second, receiving $253bn in tax income from upstream oil and gas.

Unlike many of the top-earning governments, the US generates very little revenue per barrel. The US government receives about $20 per produced barrel, less than a third of what Saudi Arabia, Qatar and the UAE take per barrel.

“Today it is clear that we are heading into a supercycle that will benefit petrostates. These record revenues present an unparalleled opportunity to diversify economies,” said Espen Erlingsen, head of upstream research at Rystad. (Amanda Chu)

US GDP Shrinks 1.4% in Q1, Missing Forecasts Amid Omicron, Inflation