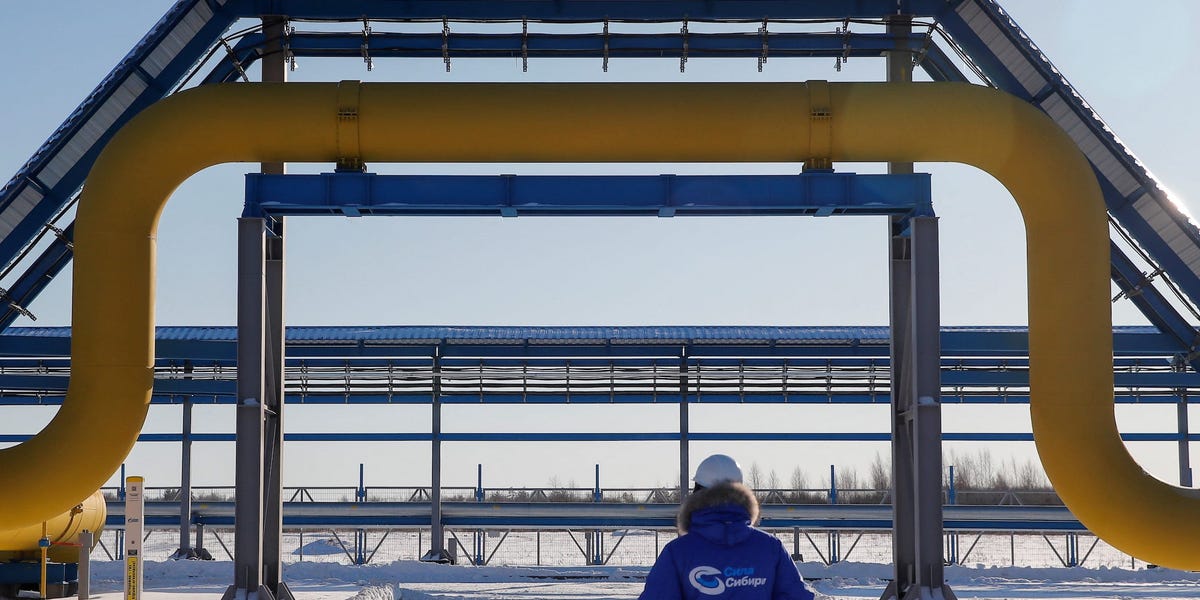 
Russia said it would turn off its gas supplies to both Poland and Bulgaria on Wednesday after both countries refused to pay for energy supplies in rubles.

Poland’s national gas firm, PGNiG, said in a statement that it was notified by Russian energy corporation Gazprom on April 26 that deliveries of gas supplies running through the Yamal pipeline would be wholly suspended unless payment came in rubles.

“The companies are monitoring the situation and are prepared for various scenarios,” wrote PGNiG in its statement, adding that it was working to find alternative gas suppliers and that its fuel reserves are sufficiently stocked-up.

According to CNBC, Poland receives around 9 billion cubic meters of Russian gas via the Yamal pipeline every year.

Polish Prime Minister Mateusz Morawiecki told the press on Tuesday, before the announcement, that the Kremlin may “punish Poland” for opposing its invasion of Ukraine, per Bloomberg. The cutting-off of supplies also coincides with further sanctions from Poland on Russian oligarchs and organizations — including Gazprom.

Meanwhile, Poland’s environment and climate minister tweeted on Tuesday that Polish citizens should not expect an interruption to its energy supplies.

“Poland has the necessary gas reserves and sources of supply that protect our security – we have been effectively independent from Russia for years,” Moskwa tweeted. “Our warehouses are 76% full. There will be no shortage of gas in Polish homes.”

Gazprom also notified Bulgaria’s energy ministry that its energy supplies would be cut off. According to CNN, its energy ministry said that the Bulgarians were not rationing gas in response to Russia’s move, and have taken steps to find other sources of natural gas.

Bulgaria’s energy ministry added that it had “fully fulfilled its obligations and has made all payments required under this contract in a timely manner, diligently and in accordance with its provisions.”

NPR reported, however, that Bulgaria does rely on Russia for 90% of its gas resources.

According to CNN, both Poland and Bulgaria have refused to comply with Russian leader Vladimir Putin’s demand in March that “unfriendly” countries pay for their energy in rubles.

Putin has demanded payment in rubles in an apparent push to bolster the currency.

The BBC reported that the EU relies on Russia for around 40% of its natural gas needs. Some countries like Germany are preparing to ration their natural gas supply if Russia continues to insist on ruble payments. Meanwhile, Hungary’s authoritarian leader, Putin ally Viktor Orbán has broken with the EU, saying he will pay for Russian gas in rubles — despite being a NATO member.

For its part, the US has wholly banned Russian coal, gas, and oil imports.

Is Speedy Trial The Way To Change Bitcoin?

Indonesia under pressure as it weighs buying Russia’s ‘blood oil’