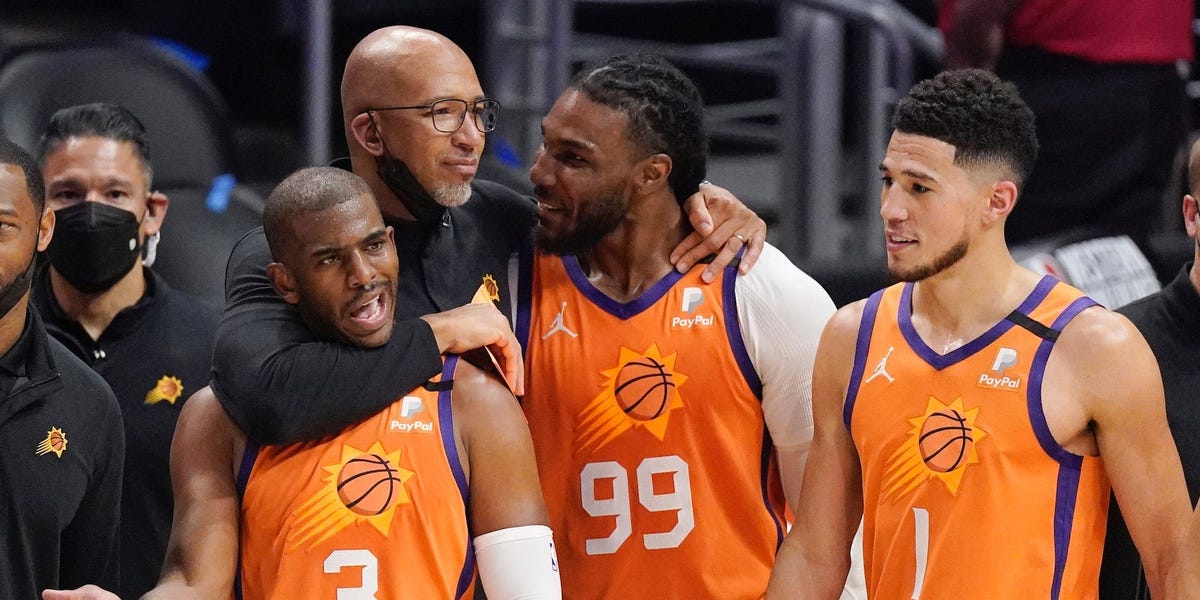 How to Watch NBA Playoffs Online: Schedule and Streaming Services

The Phoenix Suns enter the playoffs as the favorite to win the 2022 NBA title after losing to Giannis Antetokounmpo and the Milwaukee Bucks in last year’s NBA Finals. The Miami Heat are the top seed in the Eastern Conference, led by newly acquired guard Kyle Lowry and a core team that made the NBA Finals in 2020.

NBA playoff games are spread across TNT, ESPN, ABC, and NBA TV. If you don’t have cable, you can watch those channels through live TV

Below, we broke down everything you need to know about streaming the NBA playoffs without a cable subscription.

How to watch the 2022 NBA playoffs

You can watch the 2022 NBA playoffs on ESPN, ABC, TNT, and NBA TV through cable or a live TV streaming service. ABC games are also typically simulcast on ESPN3.

If you already have a pay-TV provider with access to those channels, you can stream each station’s NBA content via their respective apps. A separate NBA TV subscription is also available if you want to subscribe to that service on its own.

If you don’t have a cable or satellite subscription, you can sign up for a live TV streaming service to watch NBA playoff games. Services with packages that support every channel you need to stream NBA playoff games include Sling TV and YouTube TV.

Sling TV features ESPN and TNT as part of its Orange plan for $35 a month. Sling doesn’t include ABC, but NBA games airing on that network are typically simulcast on ESPN3, which is included with Sling. You can also add the Sports Extra package to get NBA TV for an extra $11 a month.

New Sling subscribers can get their first month of service for 50% off, which helps make Sling one of the cheapest options for streaming the NBA playoffs.

YouTubeTV includes ABC, ESPN, TNT, and NBA TV as part of its base plan for $65 a month, offering complete access to all of the major channels that broadcast NBA playoff games. For a limited time, new subscribers can get their first month for just $15.

Hulu + Live TV has ESPN, TNT, and ABC for $70 a month. NBA TV is not offered, however, which could be an issue for fans who want to watch as many playoff games as possible.

On the plus side,

+ Live TV does let you watch Hulu’s entire on-demand library of shows and movies, and the service even bundles Disney Plus and ESPN+ for no extra cost.

NBA League Pass with NBA TV lets you stream playoff games scheduled on NBA TV live, and the service also lets you watch replays of playoff games from ESPN and TNT three hours after they air.

You’ll also get access to a huge library of classic NBA games and content from NBA TV. League Pass with NBA TV costs $15 a month, so it’s an affordable option if you don’t need to watch every NBA playoff game live.

The 2022 NBA playoffs officially began on April 16 and the Finals are set to start on June 2. Below, we rounded up schedule details for this week’s NBA playoff matches. We’ll update this article with new schedule details as the postseason continues.