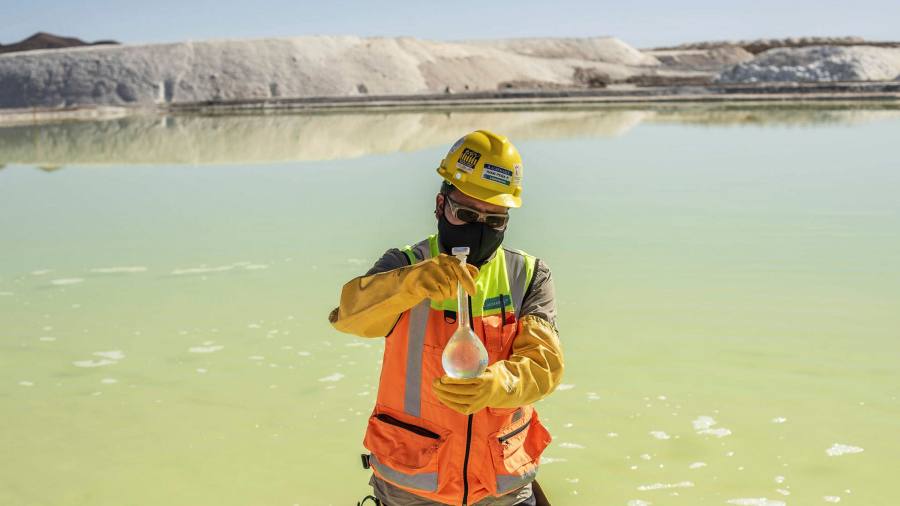 
Europe faces a critical shortage of clean-energy metals and needs to decide urgently how it will bridge the looming supply gap or risk new dependencies on unsustainable producers.

That is the conclusion of a new study commissioned by Eurometaux, an industry group that represents some of the region’s biggest metal producers, including Glencore and Rio Tinto

The report, written by Belgium’s Katholieke Universiteit Leuven, marks the first attempt to provide some EU-specific numbers around last year’s warning from the International Energy Agency of supply challenges owing to the amount of metals needed for batteries, solar panels and wind turbines.

It comes as the EU, which is aiming to be carbon neutral by 2050, looks to reduce its dependence on imported Russian energy and make a quicker switch to renewable energy.

“There is a risk . . . with the geopolitical developments we are seeing round the world that Europe . . . will not have the metal for its climate programme,” said Mikael Staffas, president of Eurometaux and chief executive of Boliden, one of Europe’s biggest metals and mining companies. He was speaking before the launch of the study in Brussels.

The report estimates that to meet its clean energy goals, Europe will require 35 times more lithium and seven to 26 times the amount of rare earth metals in 2050 compared with today. It will also need 1.5mn tonnes of copper (an increase of 35 per cent from today) and 400,000 tonnes of nickel (a 100 per cent increase).

While up to 75 per cent of the region’s clean energy metal requirements could eventually be met through local recycling, assuming there is enough investment, the study says a metal supply crunch will emerge over the next 15 years.

That is when global shortages of lithium, cobalt, nickel, rare earths and copper are expected to emerge because of a lack of new mining projects and competition from countries around the world also seeking to decarbonise.

“Europe needs to decide urgently how it will bridge its looming supply gap for primary metals. Without a decisive strategy, it risks new dependencies on unsustainable suppliers,” said Liesbet Gregoir, lead author of the report.

Gregoir said there were three options for Europe. The first would be to develop new mines, something that would be difficult because of permitting challenges and local community opposition. Rio Tinto’s licence to develop a huge lithium project was recently revoked by Serbia.

The second would be to open new refineries that could process metal-rich ores. However, that would involve tackling the issue of high energy prices. Skyrocketing energy prices have resulted in 35 to 45 per cent of Europe’s aluminium, zinc and silicon capacity being taken temporarily offline, according to the report.

The final option would be for Europe to co-invest or finance new mining projects around the world in return for long-term term supply agreements.

“If you look at China, they have been very proactive,” said Gregoir. “They have projects across the globe for everything they can’t produce themselves. Europe could learn from that.”

“I fully agree with the conclusion of your study that recycling is a long-term opportunity to improve the EU’s . . . raw material resilience,” he added.