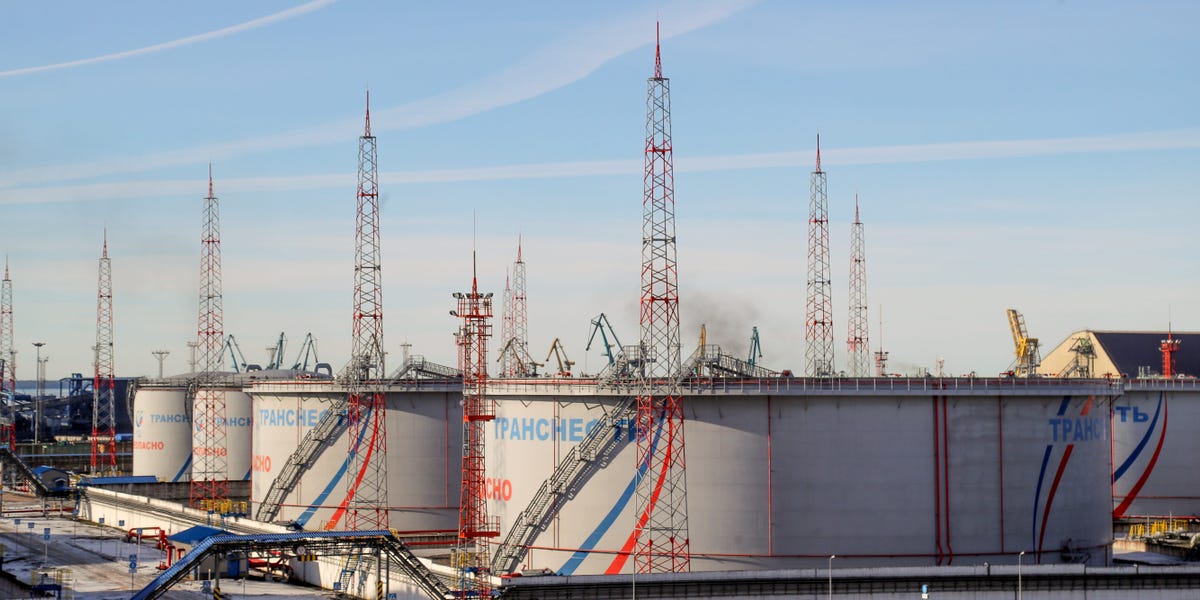 
A large fire has erupted at a Russian oil depot in Bryansk, a city near the Ukrainian border, authorities said Monday, according to multiple media reports.

The incident has so far not been linked to the war in Ukraine, but the depot is located in the same area that Russia accused Ukraine of attacking last week, Reuters reported.

On April 14, Russian officials said Ukrainian helicopters had struck residential buildings and injured seven in the region, according to Reuters. Ukrainian officials called the accusation “a plan to carry out terrorist acts to whip up anti-Ukrainian hysteria,” per the outlet.

According to the Russian emergencies ministry, the fire took place at 2 a.m. Moscow time in a facility owned by Russian oil pipeline giant Transneft, per Reuters.

Footage of what appears to be part of the oil depot engulfed in flames has been shared on Telegram, The Moscow Times first reported.

Russia’s emergencies ministry told state news agency TASS that there have not been any casualties due to the fire, citing preliminary information.

There are also no plans to evacuate the city of 400,000 people, and kindergartens and schools will continue with classes as planned, Bryansk city authorities said, per TASS.

As of Monday morning, authorities have not mentioned the cause of the fire.

Rio Tinto: Stausholm has pressing issues to iron out