Recent price action on the world’s largest oil services company, Schlumberger (NYSE:), demonstrates that the market believes there’s a very low probability of a negative surprise tomorrow when the provider of technology for oil and production reports its latest quarterly earnings. Schlumberger closed Wednesday at $42.68. 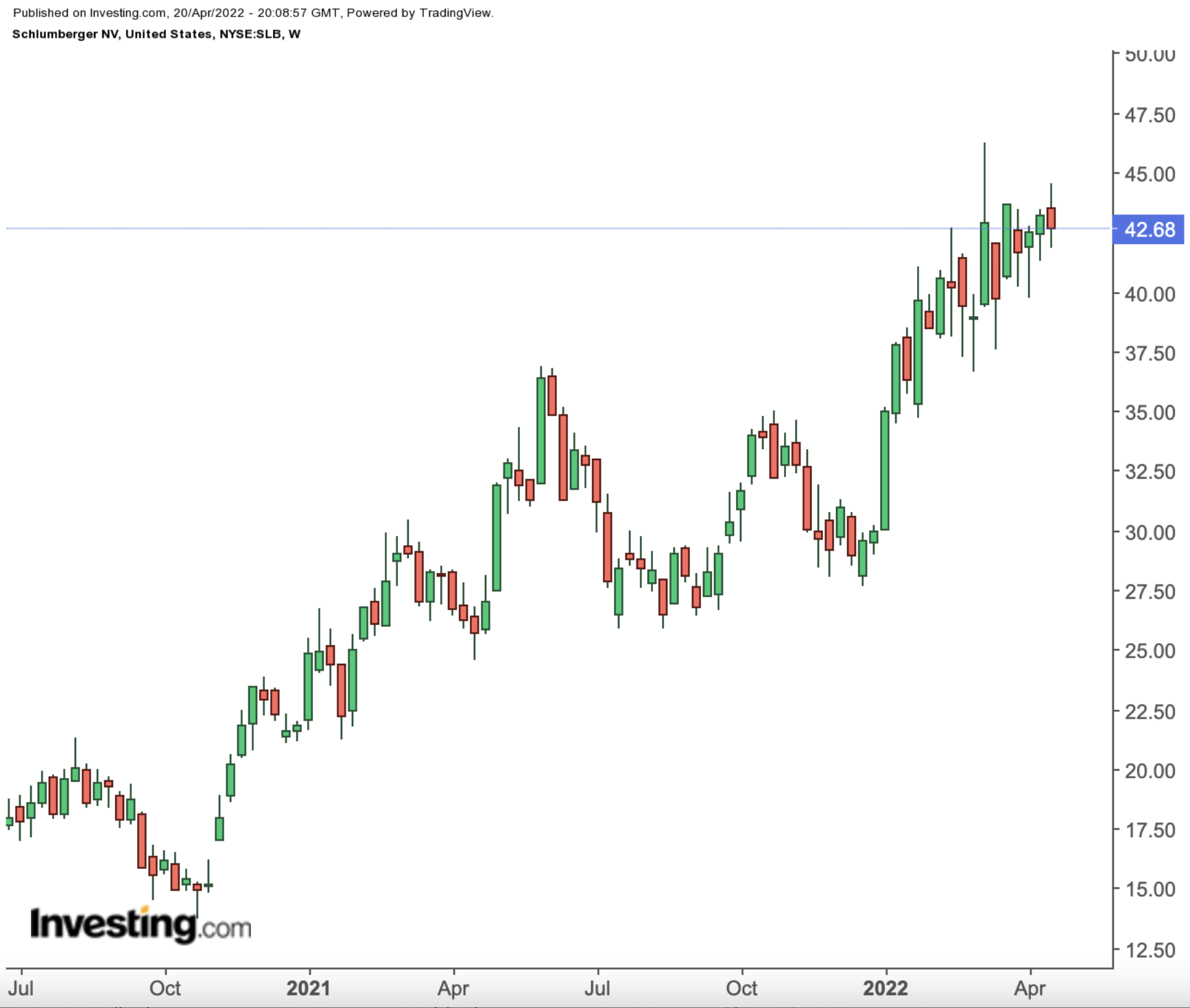 This year, the Houston, Texas and Paris, France-based company gained 42.5%, driven by higher oil demand in the post-pandemic environment and the supply shock propelled by Russia’s invasion of Ukraine. At the time of publication, was trading at over $108 per barrel, with over $103.

As oil producers worldwide scramble to increase outputs in a bid to ease tight supplies, Schlumberger has been gearing up for growth. No surprise then that SLB posted solid in January. The company is also planning to boost spending by 18% to $2 billion this year, serving North American oil explorers who should dominate activity in the first half of the year, followed by international growth in the final six months.

Schlumberger operates in more than 120 countries, supplying the energy industry’s most comprehensive range of products and services, from exploration through production. Indeed, this behemoth’s quarterly results serve as a bellwether for the energy business, given the company’s reach across regions and insight into drillers’ plans.

The hired hands of the oil patch are seeing a resurgence in profitability as crude demand rebounds from a historic global collapse. After years of cost cuts, shale explorers and their overseas rivals anticipate boosted spending this year.

These positive catalysts have prompted many analysts to upgrade their ratings on SLB stock which remained under pressure since 2014 when the oil market entered a long bearish cycle, forcing explorers to cut costs and abandon future growth plans.

In an Investing.com survey of 26 analysts, 23 have a buy rating for Schlumberger with a consensus 12-month price target of $47.58. 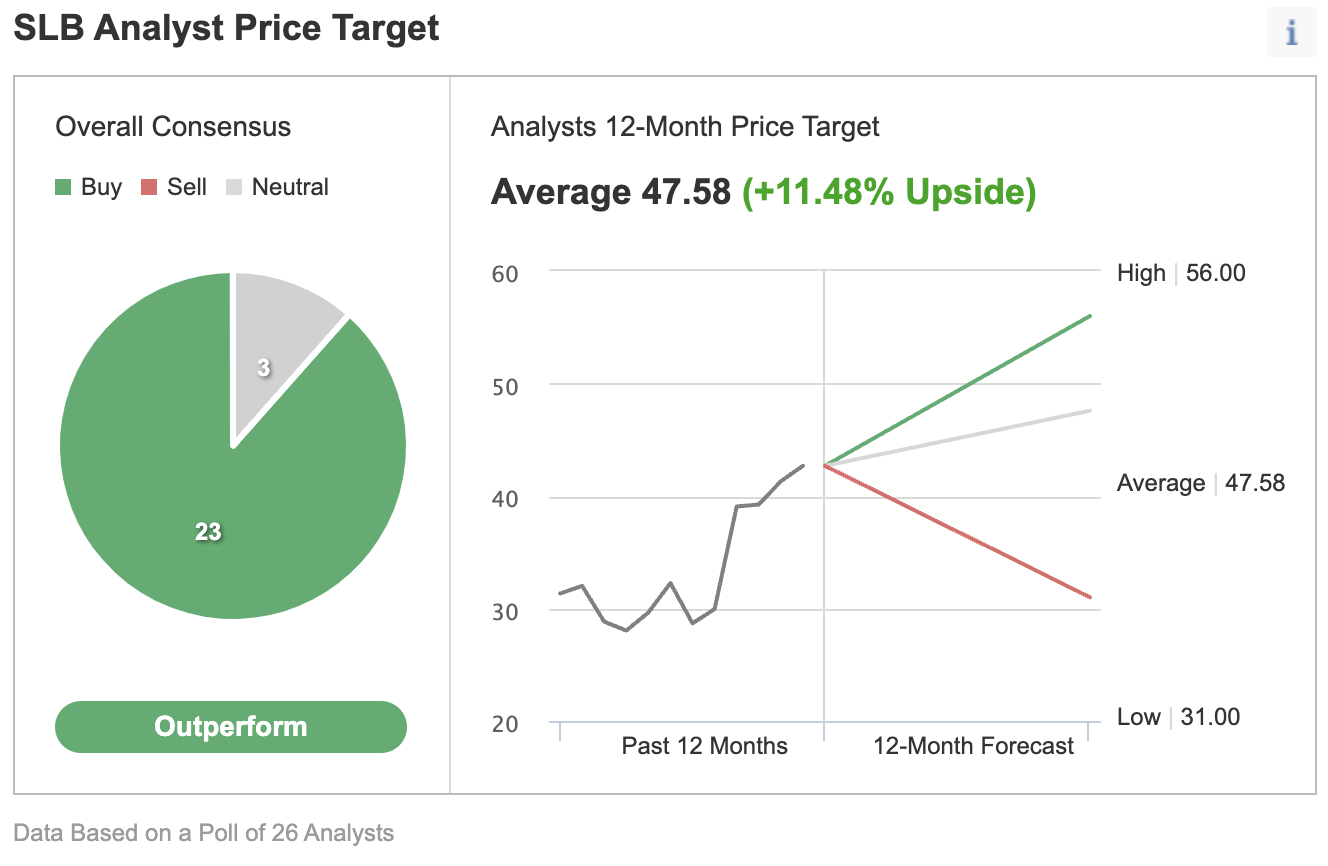 In a note last week, Piper Sandler upgraded Schlumberger to overweight from neutral, saying that it sees an impressive growth cycle to-date with operational and financial delivery. Its note adds:

“Again, we expect that most OFS (oil field services) stocks, including SLB, will prove cheaper than they currently look on current estimates.”

Goldman Sachs last month added SLB to its conviction buy list, saying in a note to clients that Schlumberger has some catch-up room with its peers. Additionally, the company’s position in Russia may be hurting sentiment more than it should, Goldman said, adding:

“We believe that investors overestimated SLB’s exposure to Russia at a high single-digit of revenue, vs. our expectation of mid-single digits and the company’s announcement of ~5%.”

Goldman maintained its buy rating and $51 per share price target on Schlumberger, a 21% upside from where the stock closed on Wednesday.

Schlumberger’s earnings are likely to show strong demand for its services as oil and gas producers rush to increase output amid tight supplies and growing demand after the two years of turmoil in energy markets.