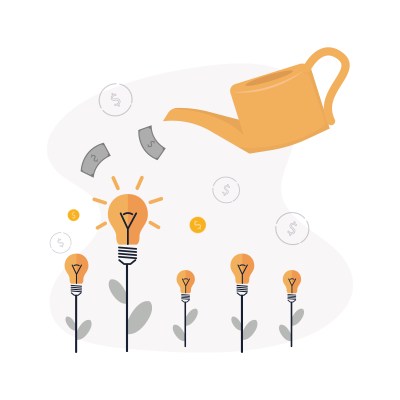 The Palo Alto-based CVC fund will write checks worth between $500K and $3 million into seed, Series A rounds across sectors including insurtech, fintech, mobility, healthcare, cyber security, artificial intelligence, automation, and climate tech.

“There are often cases where Tokio Marine sees very promising companies or product ideas that are too early to support Tokio Marine as a customer,” Yoshi Yoshida, who leads the CVC fund at Tokio Marine, told TechCrunch. “We don’t tie investments to an immediate strategic opportunity but want to help accelerate development either as an advisor or capacity provider with the hope that there is eventually an opportunity to partner strategically or become a customer as they progress.”

The fund has partnered with World Innovation Lab (WiL), a Silicon Valley- and Japan-based venture capital firm with roughly $1.5 billion assets under management (AUM), to drive the CVC’s investment strategy and process. “WiL will act as the CVC fund manager led by Steve Pretre, who manages WiL’s investments across fintech and insurtech sectors,” Yoshida said.

Steve Pretre, partner of WiL, said WiL will provide the back-office administration for the fund and leverage its portfolio support capabilities for marketing, Japan market entry, and broad expertise.

“Early on, I will be taking an active role sourcing and driving investments with the fund, while advising and partnering with the team from Tokio Marine as they develop their own network and deal flow,” Pretre said.

The fund has made several early-stage investments to date including Carefull, a financial caregiving app that monitors and protects aging parents’ daily finances; Nirvana Insurance, a platform that delivers commercial insurance for fleets and transportation from the ground up; Titaniam, a data protection platform that delivers encryption-in-use to ensure that even if attackers get in they cannot leave with valuable data; TrustLayer, an AI-powered risk management platform that helps users verify that their business partners have the right coverage; and Voxel, a real-time risk identification platform that uses computer vision and AI to enable security cameras to automatically identify hazards and high-risk activities in real-time, keeping employees safe and managing operational efficiencies.

Tokio Maine, the sole limited partner of the CVC fund, is allocating $42 million to the initial fund now.  The company says Tokio Marine will plan to allocate more into the next fund, once it has deployed. Pretre told TechCrunch that Tokio Marine is a long-standing LP in the WiL growth fund, so the firm approached WiL to partner to do its CVC fund.

“The fund is structured as a single LP fund with WiL as the managing GP,” Pretre said. “With this structure, we have the ability to move quickly on financially driven investment decisions using a professionally managed VC approach while also leveraging the strategic value from Tokio Marine’s global operations both during and post-investment process.”

“The global investment opportunity for early-stage innovative startups in the United States and emerging markets is immense,” said Yoshida in a statement. “Tokio Marine’s global presence gives us the ability to help accelerate the growth of startups tackling new opportunities… We are excited to help empower a new generation of entrepreneurs.”

Russia’s next move in Ukraine in focus