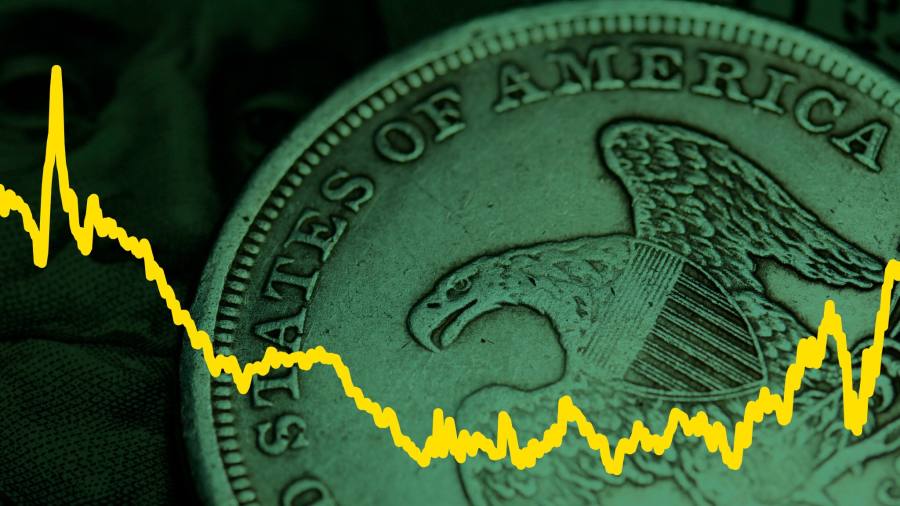 
US inflation-adjusted bond yields are on the verge of turning positive for the first time since March 2020 in a surge that is heaping further pressure on riskier corners of financial markets.

So-called 10-year real Treasury yields have soared more than 1 percentage point since early March, hitting a high of minus 0.04 per cent on Tuesday, in a sign bond payouts are coming close to exceeding medium-term inflation expectations.

The jump in real yields has been triggered by the Federal Reserve’s bid to slow intense price growth by aggressively tightening monetary policy. The move is already eroding one of the pillars that has underpinned a powerful rally in stocks and riskier corporate bonds from the depths of the coronavirus crisis two years ago.

“The Federal Reserve is going to be draining liquidity,” said David Lefkowitz, the head of US equities in UBS’s chief investment office. “It is those more speculative parts of the market that benefit the most when the Fed is adding liquidity and they [may] face some . . . headwinds when the Fed is going the other way and pulling back.”

The plunge in real yields on ultra low risk US government bonds deep into negative territory in 2020 set off a race by investors to hunt down assets that could provide higher returns when accounting for the effects of inflation. Prices of lossmaking start-ups and fast-growing technology groups skyrocketed from the March 2020 nadir until late 2021 as a result, with risky corporate debt also rallying sharply higher.

This year’s jump in real yields has prompted investors to reassess the value of owning businesses that may not generate big profits for many years. Some private start-ups such as Instacart have agreed to cut their valuations, while shares of lossmaking technology companies have dropped more than 30 per cent this year, according to Goldman Sachs.

Even America’s S&P 500 index, home to the country’s blue-chip listed companies, has declined more than 7 per cent so far in 2022, with rising real yields combining with uncertainty over the war in Ukraine and intense inflation to spook investors. In the corporate debt market, an Ice Data Services index tracking the returns on US junk bonds has dropped 6.3 per cent over the same period.

This year’s jump in real yields reflects a surge in nominal, or non-inflation adjusted, borrowing costs spurred by the Fed, which is raising interest rates and moving rapidly to reduce its $9tn balance sheet as policymakers attempt to damp down intensifying consumer price pressures.

Treasury yields have risen more sharply than inflation expectations, a divergence that indicates investors have confidence in the Fed’s ability to reduce troubling inflation levels in the years ahead. The 10-year break-even rate, a market-based gauge of investors’ inflation forecasts over the next 10 years, has held in a roughly 2.75 to 3 per cent range in recent weeks, far lower than the March 2022 inflation rate of 8.5 per cent.

“There is a reasonable amount of faith in the Fed’s ability and willingness to combat inflation,” Ian Lyngen, a strategist at BMO Capital Markets, said. “What’s at issue isn’t whether the Fed’s response is appropriately calibrated to inflation at the moment but a belief on the part of market participants that the Fed will adjust policy as necessary.”

The uptick in real yields also shows how much the Fed has been able to tighten financial conditions over time, a shift that Lael Brainard, a governor tapped to be the next vice-chair, acknowledged last week.

“The communications about our policy plans have already been tightening those broader financial conditions over the past really four to five months, considerably more than you might be able to discern from just looking at the policy rate alone,” she said at an event hosted by the Wall Street Journal.

Borrowing costs for companies have shot higher, as have mortgage rates for consumers, which hit 5 per cent for the first time since 2011 last week, according to Freddie Mac.

Despite the uptick, financial conditions are “still pretty loose”, said John Madziyire, a portfolio manager at Vanguard. “It could mean the Fed would need to do more, but it’s too early to know.”

Economists are divided over how much further real yields could rise given the rapid move already. But some are warning they could jump again as the Fed attempts to rein in inflation.