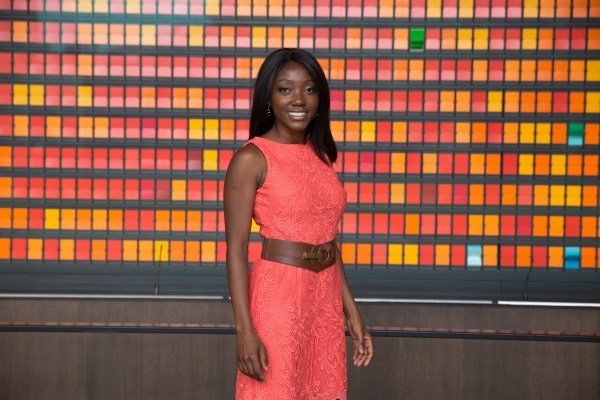 
What if you could buy a Peloton with pre-tax dollars? How about vitamins and supplements? Skincare products? Or even mattresses and massages?

All of those may likely qualify as purchases you could make through a Flexible Spending Account (FSA) or Health Savings Account (HSA). Both types of accounts allow people to contribute pre-tax dollars that they can spend on medical expenses, and in some cases, the funds in these accounts can grow through investments while they sit unused. The tax savings from using these accounts can make a huge difference in reducing expenses, but most people don’t make the most out of them because they don’t know how to spend the money.

Ami Kumordzie, a doctor who earned both her MD and MBA at Stanford, saw this issue firsthand when her mother lost her job during the pandemic. Kumordzie’s mother had an FSA with $2,000 sitting in it set to expire at year-end, which was rapidly approaching, but she didn’t know what a broad range of products she could spend it on and struggled to navigate the logistical complexities associated with spending it.

Kumordzie helped her mother find ways to spend the money so she didn’t lose it entirely, an experience that sparked Kumordzie’s idea to last year launch Sika, a fintech marketplace that allows customers to pay for qualified products at the point-of-sale using FSA and HSA funds.

Sika’s customers are companies that sell health-related products but struggle to capture customers’ FSA and HSA dollars because of the multitude of pain points associated with the process. Not only do customers lack education about what products actually qualify for payment through these accounts, but they also often need to secure approval from a doctor before they can make a purchase. An estimated $25 billion in FSA and HSA funds goes unspent every year, and about $8 billion in FSA funds expire every year, according to research firm Aite-Novarica Group.

“There’s a real opportunity through FSAs and HSAs to encourage consumer-directed healthcare spending and healthier behavior,” Kumordzie told TechCrunch in an interview. “That’s really the missing link, frankly. I think in our healthcare system, people have come to associate healthcare with something they’d pay for after the fact, rather than something to invest in proactively.”

Kumordzie sees the product as a win-win for both patients and companies. Patients can proactively invest in their health using pre-tax money for a broad range of items, without having to secure the necessary approvals alone. Sika is building up a team of doctors it partners with to help customers get consultations, when necessary, before purchasing a product, Kumordzie said.

Companies reap the benefits of Sika simplifying the process for their customers. The company claims on its website that by listing on its marketplace, companies see their average customer spend increase by 55% per order because these customers pay with their pre-funded accounts through Sika rather than dollars from their bank account.

Sika also helps companies market themselves, it says. It has partnerships with major FSA and HSA account issuers who account for over 20 million customers, according to the company, meaning vendors on its platform can instantly reach a large segment of potential buyers.

Because it operates as a marketplace where customers make purchases directly, companies don’t have to deal with reimbursements or receipts, according to Sika. The company says it employs legal and medical experts to work with the Internal Revenue Service on an ongoing basis to make sure products on the platform qualify for FSA and HSA spending, and that it takes liability for all transactions on its platform.

Sika has 10 employees and announced that it has raised $6.2 million in funding from both institutional and individual investors to fuel its growth. The funding includes a $5 million seed round led by Forerunner Ventures, with participation from Shine Capital, Ulu Ventures, PrimeSet, Atacama and the co-founders of fintech API company Plaid, as well as pre-seed funding the company raised earlier from One Planet VC and Pacific Health Ventures.

Kumordzie said she originally intended to raise just $500,000 last August in pre-seed funding for the venture, just after she had left her previous job to pursue Sika full-time. Within a few weeks, she had raised the $1.2 million pre-seed, exceeding her expectations, she said. Shortly thereafter, she found herself pitching to institutional investors including Forerunner Ventures, and ended up closing the seed round in January this year.

While Sika is focused primarily on pre-funded accounts today, it aims to eventually expand into helping consumers spend healthcare plan dollars, according to Kumordzie.

“What I like from a product standpoint about starting with the HSA is that a lot of the rules around how those funds can be spent are very similar to how insurance dollars can be spent. It’s just a slightly different process because instead of it being your own pre-funded dollars, it’s an insurance company’s [dollars]. There’s a slightly different claims process, but it’s very analogous,” Kumordzie said.

Sika’s product occupies a niche that largely differentiates it from other healthcare fintechs like Tripment Health, which allows FSA and HSA card payments but is focused on more traditional medical expenses such as lab work and primary care office visits.

There aren’t many startups focused on companies selling wellness and health products that qualify for FSA and HSA spending specifically. While some vendors selling these products have built out their own landing pages listing products for FSA/HSA customers, they oftentimes don’t let those customers pay directly on their website with their FSA or HSA card, a function Sika enables, Kumordzie said.

“The reason for [the lack of competition] is just because of the regulatory work that is involved around-the-clock,” Kumordzie said. “How do you actually qualify and substantiate and do all this work both pre and post-purchase to ensure a seamless experience for the customer? That’s really where we come in and fill the gap so that we can service this broad range of customers.”

Petrobras moves on from leadership fiasco with new CEO