Uncertainty Ahead Of Quarterly Earnings Season

Stocks fluctuated following their recent decline on Tuesday, and the closed slightly below the 4,400 level. Is this still just a downward correction?

The S&P 500 index lost 0.34% on Tuesday following its decline Monday of 1.7%. There is still a lot of uncertainty concerning the Ukraine conflict and the Fed’s monetary policy tightening plans. On Monday it led to a more pronounced profit-taking action. However, the coming quarterly earnings releases season may be a positive factor in the near term. This morning the broad stock market is expected to be virtually flat following the release.

The nearest important resistance level is now at around 4,475-4,500, marked by the recent support level and Monday’s daily gap down. On the other hand, the support level is at 4,350-4,400. The S&P 500 index retraced more of its March rally, as we can see on the daily chart (chart by courtesy of http://stockcharts.com): 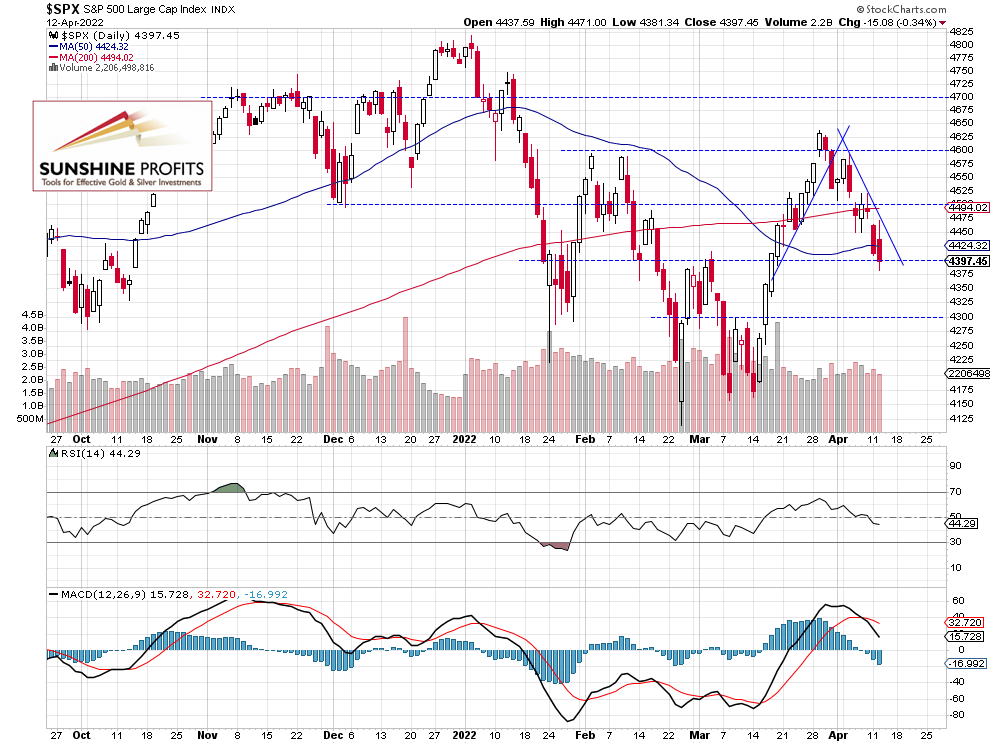 Let’s take a look at the hourly chart of the contract. Recently it broke below the 4,400 level and our profitable long position was closed at the stop-loss (take-profit) level of 4,440. Overall, we gained 100 points on that trade in a little less than two months’ time (it was opened on Feb. 22 at 4,340 level). So now we will wait for another profit opportunity. (chart by courtesy of http://tradingview.com): 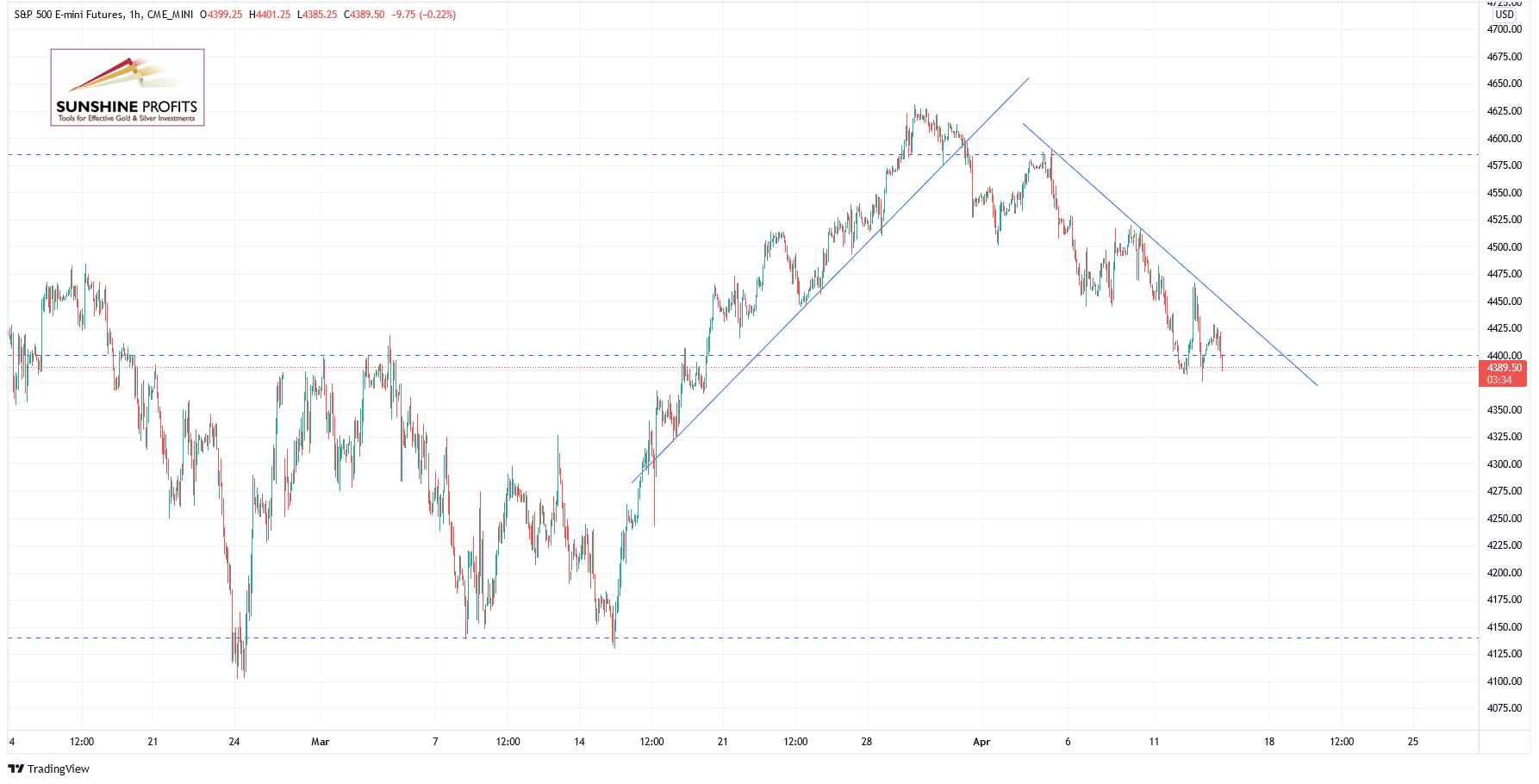 The S&P 500 index is expected to open 0.1% lower following the producer inflation number release. Stocks will likely extend their consolidation. For now it looks like a relatively flat correction within a short-term downtrend.

Better.com said to be planning third round of layoffs – TechCrunch