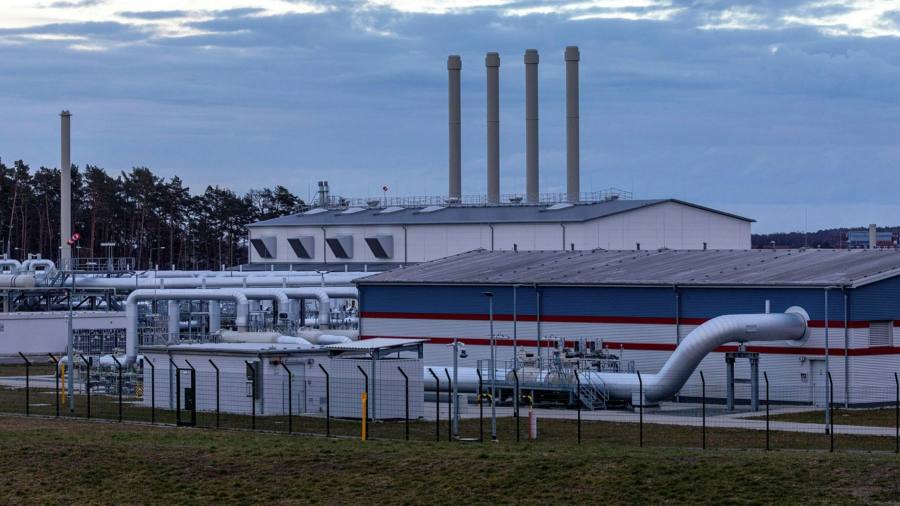 
A full EU embargo on Russian energy would trigger a major recession in Germany, sending output down 2.2 per cent next year and wiping out more than 400,000 jobs, according to the country’s top economic institutes.

The new forecast released on Wednesday was more pessimistic than most earlier economic studies and could give political cover for Chancellor Olaf Scholz’s government to push back against calls for an immediate ban on Russian oil and gas imports, on which Germany is heavily reliant.

The EU last week agreed to ban coal imports from Russia from August. Some member states have called for the bloc to go further by banning oil and gas imports, but Berlin has resisted such a move, arguing that it would be too economically damaging.

Five of Germany’s top economic research institutes predicted that if all energy supplies from Russia were cut off, growth in gross domestic product in Europe’s largest economy would slow sharply from 2.9 per cent last year to 1.9 per cent this year, before shrinking 2.2 per cent in 2023.

That would be one of the biggest recessions in German history, albeit less severe than the 4.6 per cent contraction in GDP caused by the fallout from the coronavirus pandemic in 2020.

The institutes forecast that an immediate end to Russian energy imports would drive up the number of unemployed people in Germany from 2.37mn this year to 2.79mn next year. Inflation would hit a full-year record of 7.3 per cent in 2022, before dropping to 5 per cent next year, they estimated.

“If gas supplies were to be cut off, the German economy would undergo a sharp recession,” said Stefan Kooths, vice-president of the Kiel Institute for the World Economy. “In terms of economic policy, it would then be important to support marketable production structures without halting structural change.” The pressure is mounting on the government after three German backbench MPs who chair the parliamentary committees on foreign affairs, defence and Europe called for an embargo on Russian oil as soon as possible after visiting Ukraine on Tuesday.

However, a survey by the Allensbach Institute published the following day found that 30 per cent of Germans expressed support for an immediate ban on all Russian energy imports and only 24 per cent agreed with the statement: “We can freeze for freedom.”

Even if Russian oil and gas imports continue to flow, the institutes said Russia’s invasion of Ukraine, supply chain bottlenecks caused by the pandemic and soaring inflation would weigh on output. They cut their baseline forecast for German growth this year to 2.7 per cent — down from their October forecast of 4.8 per cent.

Earlier studies, including those published by the German National Academy of Sciences Leopoldina and Econtribute, forecast that cutting off Russian energy supplies would be “manageable” for the economy and would knock 0.5 per cent to 3 per cent off Germany’s GDP.