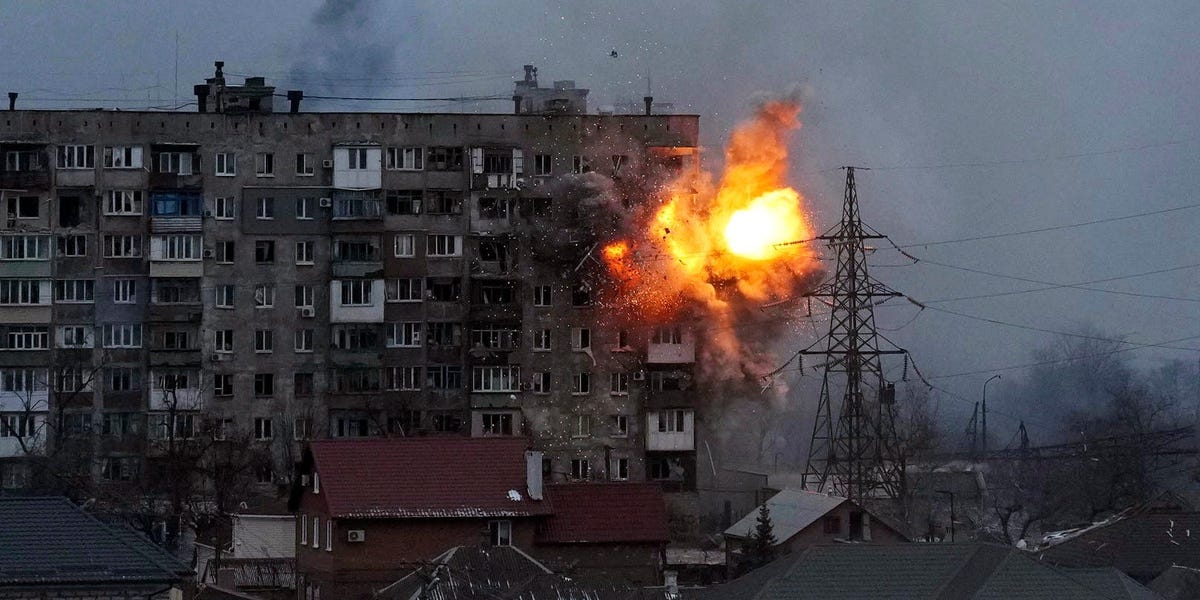 
The Pentagon is closely monitoring several claims made on Monday that Russia used chemical weapons on the besieged Ukrainian city of Mariupol, spokesperson John Kirby said in a statement.

“We are aware of social media reports which claim Russian forces deployed a potential chemical munition in Mariupol, Ukraine,” Kirby said.”We cannot confirm at this time and will continue to monitor the situation closely.”

“These reports, if true, are deeply concerning and reflective of concerns that we have had about Russia’s potential to use a variety of riot control agents, including tear gas mixed with chemical agents, in Ukraine,” he said.

The use of chemical weapons by the Kremlin would be a major escalation of its invasion of Ukraine, and amp up pressure on the US or NATO to take direct action in the conflict.

Earlier on Monday, the founder of Ukraine’s controversial Azov Regiment, which has been fighting in Mariupol, claimed in a video on Telegram that Russia used chemical weapons on a steel plant where Ukrainian forces were dug in. The unit said three people were poisoned as a result of the purported chemical attack.

The accusations come as Eduard Basurin, a spokesperson for the Russian-recognized separatist Donetsk People’s Republic, suggested on Russian TV that Moscow should deploy “chemical forces” on Ukrainian troops, per The New York Times.

Ukrainian President Volodymyr Zelenskyy responded to Basurin’s threat in a video address, calling his words a “preparation for a new stage of terror against Ukraine and our defenders.”

“One of the mouthpieces of the occupiers stated that they could use chemical weapons against the defenders of Mariupol. We take this as seriously as possible,” Zelenskyy said.

British Foreign Secretary Liz Truss also tweeted on Monday that the UK was working “urgently” to confirm details on the reports of chemical attacks.

“Any use of such weapons would be a callous escalation in this conflict and we will hold Putin and his regime to account,” she wrote.

Mariupol, a port city in southern Ukraine cut off by Moscow-backed separatists and Russian troops, is now the site of one of the war’s bloodiest conflicts.

Its mayor, Vadym Boychenko, said on Monday evening that more than 10,000 civilians have died in the siege so far, per the Associated Press, though his report has not yet been independently verified. As of Monday, The United Nations confirmed 1,842 civilian deaths across Ukraine as a result of the war.