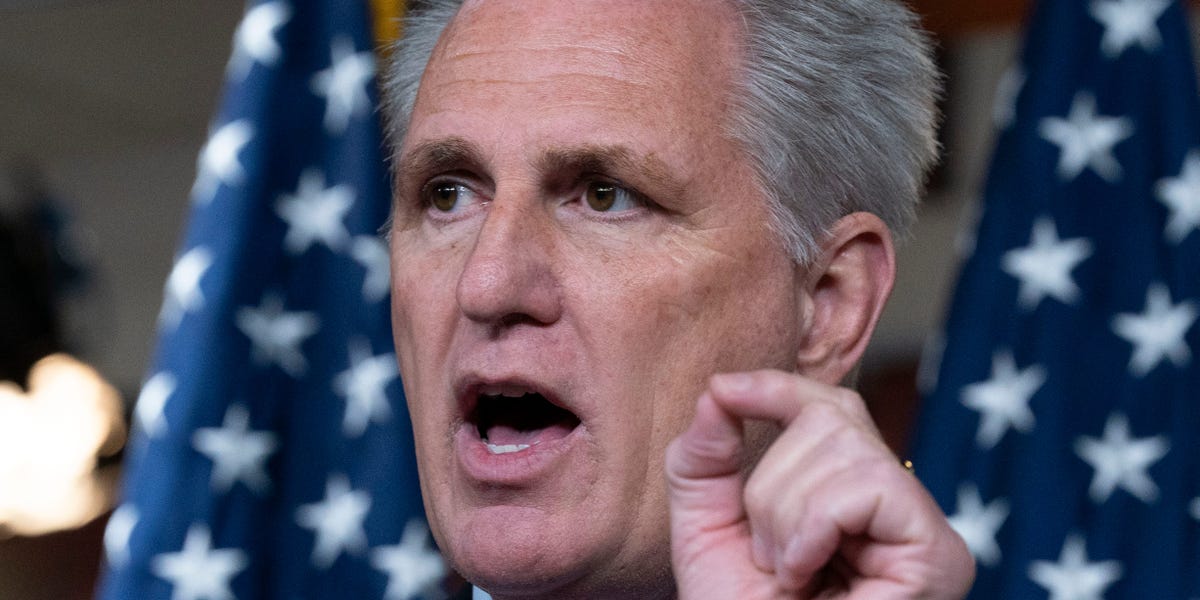 
House Minority Leader Kevin McCarthy on Sunday dismissed a question about whether or not he plans to introduce articles of impeachment against President Joe Biden, despite others in his party recently floating the idea.

McCarthy was being interviewed on Fox News Sunday morning when host Maria Bartiromo played a clip of Republican Rep. Greg Murphy saying he thinks Biden has committed impeachable offenses. Murphy added that some members of Congress are hesitant to impeach because they don’t have confidence in Vice President Kamala Harris.

Bartiromo then asked McCarthy if he was considering moving forward with impeachment.

Former President Donald Trump was impeached twice: first in 2019 over charges he withheld aid to Ukraine for personal political gain and again in 2021 on charges he incited an insurrection.

Other Republicans have called for Biden to be impeached, including GOP Reps. Madison Cawthorn and Marjorie Taylor Greene.