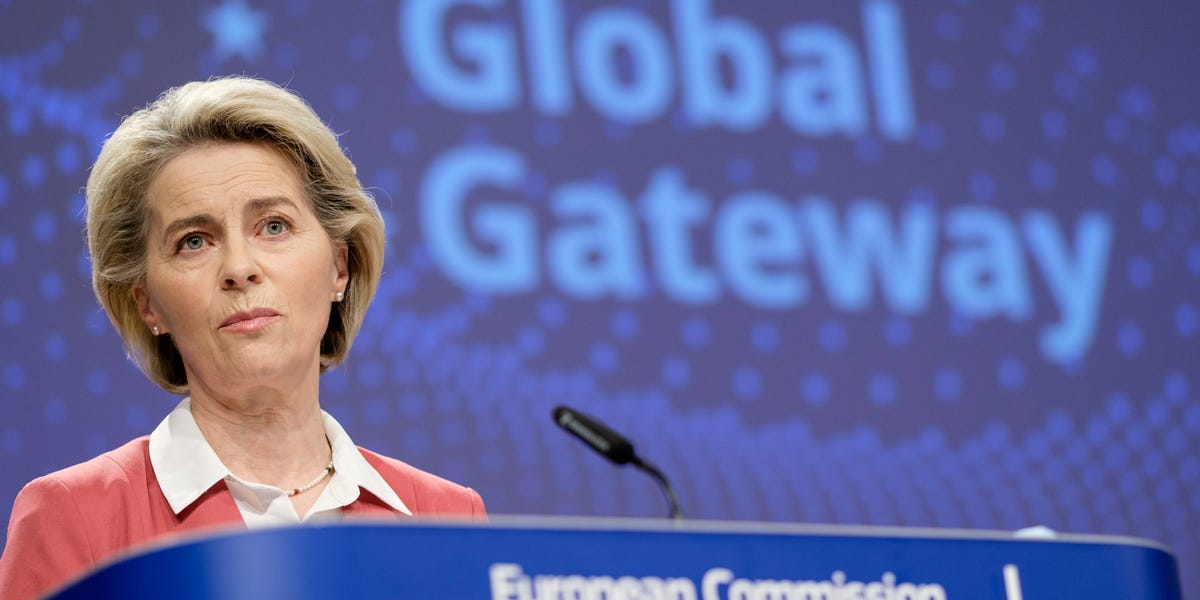 
The European Union is taking its first steps in banning Russian energy imports in response to President Vladimir Putin’s war on Ukraine. The bloc agreed this week to stop imports of coal completely, starting later this year.

Since Russia invaded Ukraine in February, governments have responded with a vast array of strict trade restrictions and financial sanctions. Yet it’s been the EU’s energy trade with Russia that has been at the center of many discussions.

The 27-member bloc has come under pressure to stop its imports of Russian oil and gas, which would deliver a huge financial blow to Moscow. But it could also send the EU into a full-blown

The problem with oil and gas is the two sides are too dependent on one another for either to fully turn off the spigots.

Here’s a look at Russia-EU interdependence when it comes to energy.

Oil is one of Russia’s most valuable exports. The country is the world’s third-largest producer of crude, and ships it all over the globe — or at least, it used to, until several countries including the US and UK stopped imports.

The EU gets around 3.1 million barrels per day of oil from Russia, which covers around 30% of its needs. Russia supplies more oil to the bloc than the next three biggest suppliers — Iraq, Nigeria and Saudi Arabia — put together. Germany and Netherlands are the main destinations.

A quarter of that oil arrives by pipeline, and those flows have not yet been interrupted. Most oil arrives by tanker, and it is this supply that commodity traders have voluntarily “self-sanctioned” — that is, the oil is available but has no, or very few, takers.

The pain inflicted on Russia’s finances from an oil embargo would be greater than from one on coal or natural gas, analysts said.

“Banning oil imports would hit Russia considerably harder in terms of revenues than doing without natural gas. It is therefore likely that an oil embargo will come sooner than an import ban on natural gas,” Carsten Fritsch, a commodities analyst at Commerzbank, said.

But there are reasons why a ban may be unlikely in the near future. While the EU gets roughly one-third of its oil from Russia, crude is the region’s biggest energy import by a long way. It makes up roughly 70% of all energy imports.

Natural gas is a far bigger headache. The EU gets 40% of its natural gas needs from Russia, which is the region’s biggest supplier, alongside Norway, Algeria and others, according to EU data.

Some countries in the bloc are more dependent on those supplies than others. Germany gets 70% of its gas from Russia, and finding readily available alternative sources will be hard.

“The EU’s energy crisis has been years in the making. The year 2021 ended with a month of record prices. Natural gas in Europe is now more expensive than oil,” Christopher Dembik, head of macroeconomics at Saxo Bank, said.

Coal accounts for about 4% of fossil-fuel imports from Russia, and less than 4% of Russian export revenue. Also, Russia relies less on the EU for its coal exports than for any other fossil fuel.

However, despite the relatively muted effect of the ban on Russian coal exports, Rystad Energy’s Power Market Research team believes the impact on Europe will be worse.

“These latest sanctions are a double-edged sword. Russian coal exports are worth an estimated 4 billion euros per year, and there is no easy like-for-like replacement for Russian coal in Europe’s power mix,” Rystad’s Carlos Torres Diaz said.

“European consumers — from large companies to households — should expect high prices for the remainder of 2022, as coal and gas are essential to meet the continent’s power demand,” he added.