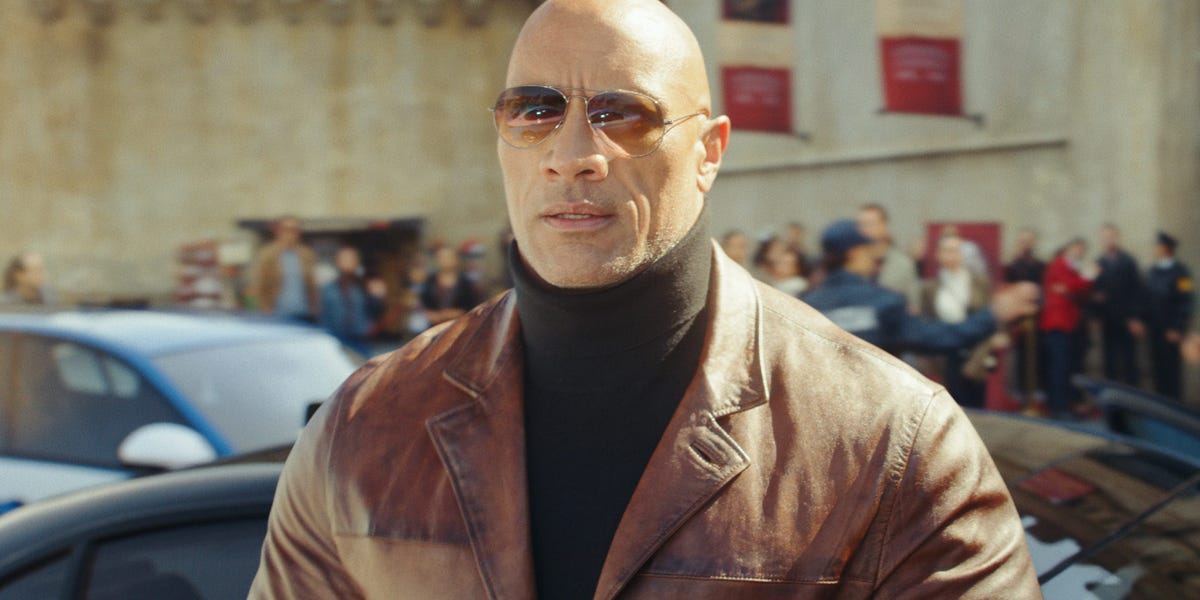 The most popular Netflix movies of all time, including 'Red Notice' and 'The Adam Project'

Description: "Spenser, an ex-cop and ex-con, teams up with aspiring fighter Hawk to uncover a sinister conspiracy tied to the deaths of two Boston police officers."

What critics said: "It's an action-comedy-mystery-thriller that manages to spectacularly fail at all the above, an algorithmic abomination that's as coldly constructed as it is clumsily made." — Guardian

Description: "After faking his death, a tech billionaire recruits a team of international operatives for a bold and bloody mission to take down a brutal dictator."

What critics said: "Bay's clumsy but visually impressive movie should partly sate anyone waiting for the superior thrills and spills of the next Fast & Furious outing." — NME

Description: "With college decisions looming, Elle juggles her long-distance romance with Noah, changing relationship with bestie Lee and feelings for a new classmate."

What critics said: "You can soak in the movie's basic premise and overacting just as long as you know this pool's shallow." — RogerEbert.com

Description: "Hit man Frank Sheeran looks back at the secrets he kept as a loyal member of the Bufalino crime family in this acclaimed film from Martin Scorsese."

What critics said: "While 'The Irishman' is like many mob movies about violence and betrayal, it's a work of a filmmaker who has earned the right to sum up this genre." — NPR

Description: "Released from prison into a society that won't forgive her, a woman convicted of murder searches for the little sister she was forced to leave behind."

What critics said: "A dreadful and dreary melodrama … despite Bullock's noble efforts to play against type, 'The Unforgivable' is largely forgettable." — Salon

Description: "After accidentally crash-landing in 2022, time-traveling fighter pilot Adam Reed teams up with his 12-year-old self on a mission to save the future."

What critics said: "It's an assemblage of ideas from other popular films that just hangs there with little cohesion. It's like watching a movie that hasn't been made yet." — Vulture

Description: "A hardened mercenary's mission becomes a soul-searching race to survive when he's sent into Bangladesh to rescue a drug lord's kidnapped son."

What critics said: "The one big weapon it has — Hemsworth's ability to juxtapose his brawn with approachable charm — is one it never pulls from its holster." — Polygon

Description: "Five years after an ominous unseen presence drives most of society to suicide, a survivor and her two children make a desperate bid to reach safety."

What critics said: "Unfortunately, Bird Box puts these performers through familiar paces, in roles of such tight typecasting that they seem like recurring characters in an extended TV series." — New Yorker

Description: "Two astronomers go on a media tour to warn humankind of a planet-killing comet hurtling toward Earth."

What critics said: "McKay's movies are not particularly pointed in their satire and, as time has gone on, have increasingly settled into their preferred form of a harangue." — Vulture

Description: "An FBI profiler pursuing the world's most wanted art thief becomes his reluctant partner in crime to catch an elusive crook who's always one step ahead."

What critics said: "Red Notice is limp and dull, and does more to showcase the shortcomings of each of its marquee idols than it does to highlight their bankable charisma." — Vanity Fair

Change The Code Campaign Against Bitcoin