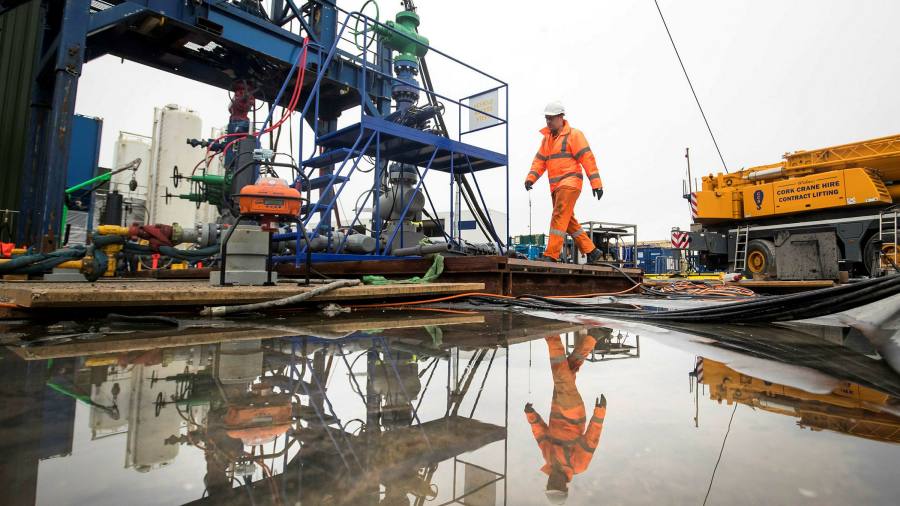 
The UK government has ordered a scientific review into fracking just over two years after imposing an effective ban on the controversial technique, as it insisted that “all possible” methods of producing energy domestically should be kept on the table following Russia’s invasion of Ukraine.

Kwasi Kwarteng, business secretary, on Tuesday said he had asked the British Geological Survey (BGS) to assess whether there had been any new developments in the method used to extract shale gas that might lead to the lifting of a moratorium in England, imposed in 2019 on safety grounds.

The ban followed a series of earthquakes triggered by private company Cuadrilla when it was fracking an exploration well at a site in Lancashire. The strongest tremor measured 2.9 on the Richter scale, with some residents alleging damage to their properties.

But last month, Boris Johnson, UK prime minister, paved the way for a review of the decision after coming under pressure from some of his own Conservative MPs to reconsider fracking as part of a new energy supply strategy being drawn up in the wake of the invasion of Ukraine.

The strategy, due to be published on Thursday, will aim to reduce the UK’s exposure to international commodity markets in response to the war, which has sent the already high cost of gas and oil soaring.

It is expected to include big new targets for low carbon energy sources, such as wind, solar, nuclear and hydrogen, as well as backing more North Sea oil and gas production.

The review of fracking, in which shale rock is blasted with a mix of water, sand and chemicals at high pressure to release gas, is due to report before the end of June.

Beyond looking at potential new extraction methods, the BGS has also been asked to assess whether there have been any geological breakthroughs that would allow ministers to be “completely confident about the modelling of seismic events and their predictability”, the government said. The study will not involve any drilling.

Kwarteng, who had previously resisted calls to revive fracking, said it was “absolutely right that we explore all possible domestic energy sources” in light of the war in Ukraine. He added that there would be “ongoing demand for oil and gas over the coming decades as we transition to cheap renewable energy and new nuclear power”.

But Kwarteng cautioned that unless the latest scientific evidence showed shale gas extraction was “safe, sustainable and of minimal disturbance to those living and working nearby, the pause . . . [would] remain in place”.

He also said fracking would not produce commercial quantities of gas for many years “and would certainly have no effect on prices in the near term”. 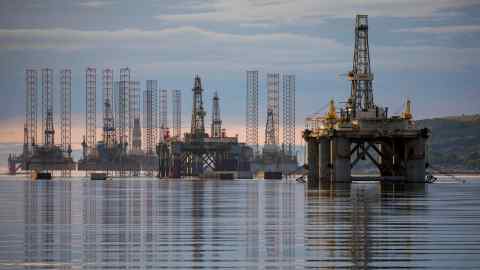 Companies such as Cuadrilla have long argued that the UK has significant potential reserves of shale gas. The technique has been responsible for an energy boom in the US but several leading scientists insist that the UK’s geology is unsuitable to support a shale gas industry.

John Underhill, director of the Centre for Energy Transition at Aberdeen university, said research had demonstrated that fracking sites in Lancashire were “geologically challenged”.

Kwarteng told a virtual panel hosted by Harvard university later on Tuesday that the UK’s 2050 net zero carbon target was “the solution to the global energy crisis” and that the government would not be changing emission reduction targets.

Separately, Tom Samson, the head of a Rolls-Royce-led consortium hoping to build a fleet of mini nuclear power stations across Britain said it could potentially deliver the first as early as 2029. But to meet that date it would need orders for “multiple” units in the next 12 months and require the government to accelerate the planning process, he added.

The UK engineering company had previously indicated to expect first delivery of a so-called “small modular reactor” in the early 2030s. SMRs can be built in factories and assembled at chosen sites, cutting down on the costs and risks associated with large atomic power plants.

The most popular Netflix movies of all time, including 'Red Notice' and 'The Adam Project'