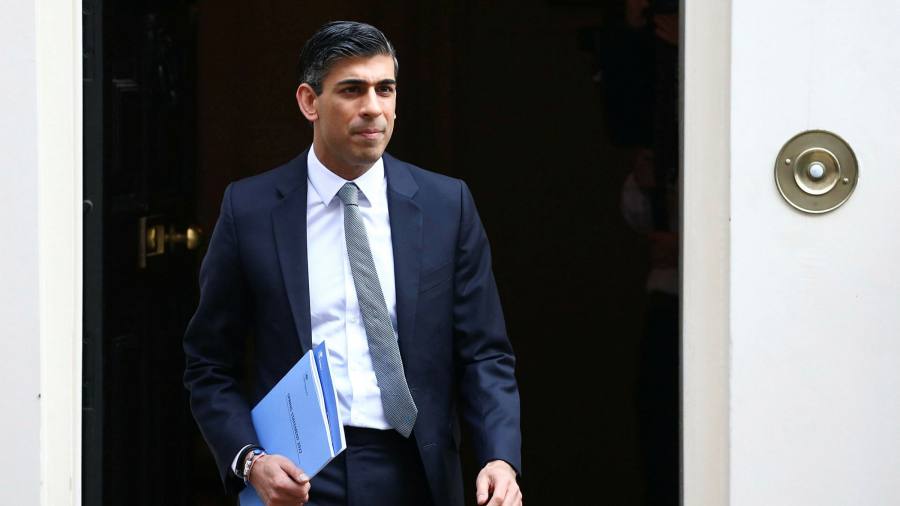 The future of the UK economy is uncertain


In the past 15 years, the UK’s economy has been buffeted by three huge external shocks — the financial crisis, Covid-19 and now the Russia-Ukraine war — and one domestically generated one, Brexit. We are buffeted by surprises whose implications are unknown, even unknowable.

It took a long time, for example, to realise that the financial crisis marked a sharp turning point in trend productivity growth. Yet, as the Resolution Foundation notes in its evaluation of the Spring Statement from Rishi Sunak, chancellor of the exchequer, “labour productivity grew by only 0.4 per cent a year over 2007-19, one of the slowest rates among rich countries, and much slower than the approximately 2 per cent rate in the preceding 12 years”.

This, in turn, explains the near-stagnation in household real disposable incomes that has preceded the exceptional squeeze expected this year. But why this happened is still unknown. Again, it was predictable that Brexit would make the economy less open to trade. The extent to which it will also end up making the economy permanently less productive is still unknown.

Similarly, we know today’s shock has followed on the heels of a large and mostly unexpected post-Covid surge in inflation. We know it will squeeze the real incomes of the less well off particularly brutally. But the full economic ramifications of the war are unclear.

The Office for Budget Responsibility has, however, made a heroic guess. This helps us to clarify some painful possibilities. The OBR forecasts that this new shock will drive inflation to close to 9 per cent this year, which will be the highest rate in 40 years. Similar surges in inflation are happening in other high-income countries. This increase is driven primarily by higher gas and fuel prices, along with a global rise in the prices of manufactured goods. The OBR also expects that excess demand in the domestic economy will ensure that these increased costs will be passed into consumer prices. But it assumes they will only be partly matched with higher nominal wage growth: in brief, real wages will fall significantly.

Crucially, this inflation upsurge is expected to be temporary. The OBR forecasts that inflation will fall sharply next year, as the current high prices become the baseline for future calculations. This outcome depends, however, on the belief that nominal wages will lag well behind inflation. Yet this assumption is made despite confidence that the labour market will stay strong and unemployment low. Furthermore, the bank rate is forecast to peak at below 2 per cent, which implies highly negative real rates, throughout. In sum, we will see a combination of falling real wages with a strong labour market and an expansionary monetary policy.

The economy might easily end up far weaker than the OBR envisages. Monetary policy could be far tighter; for example, if inflation did not fall. Alternatively, the squeeze on real incomes might reduce demand and output substantially, without the need for higher interest rates. Either option would mean a far weaker economy. An embargo on gas exports from Russia would make that outcome more likely. The economy would then suffer stagflation.

What role should policy and policymakers play in all this? The Bank of England’s job remains what it is meant to be: to get inflation back down to target and so stabilise expectations. It must do so. The chancellor’s job is far more complex. He is right to want to preserve his room for fiscal manoeuvre. But, according to the Resolution Foundation, policy changes so far have offset only one-third of the income shock that would have hit the poorer half of the population in 2022-23. Given what is now happening and the squeezes on real income ahead, he will surely need to cushion the short-term blows on poorer households more effectively than he has so far.

Yet a still bigger point can be seen. In tough times, a country needs trusted people in charge. Questions about the prime minister are evident. At the beginning of the pandemic, Sunak and the Treasury responded impressively. Recently, however, notably in his Spring Statement, he has claimed to be cutting taxes when he is raising them (in part by freezing tax thresholds in nominal terms). He has also been substituting bad taxes (national insurance) for better ones (income tax). Sunak, asserts Paul Johnson of the Institute for Fiscal Studies, “has proved to be something of a fiscal illusionist”.

Indeed, he has and not just “something” of one. People will notice the extent of the illusions in their pay packets and real disposable incomes. He is burning his credibility. This will be bad for him and bad for the country.

1 Stock To Buy, 1 To Dump When Markets Open: Alibaba, Citigroup

Hiding Your Money Under A Virtual Mattress