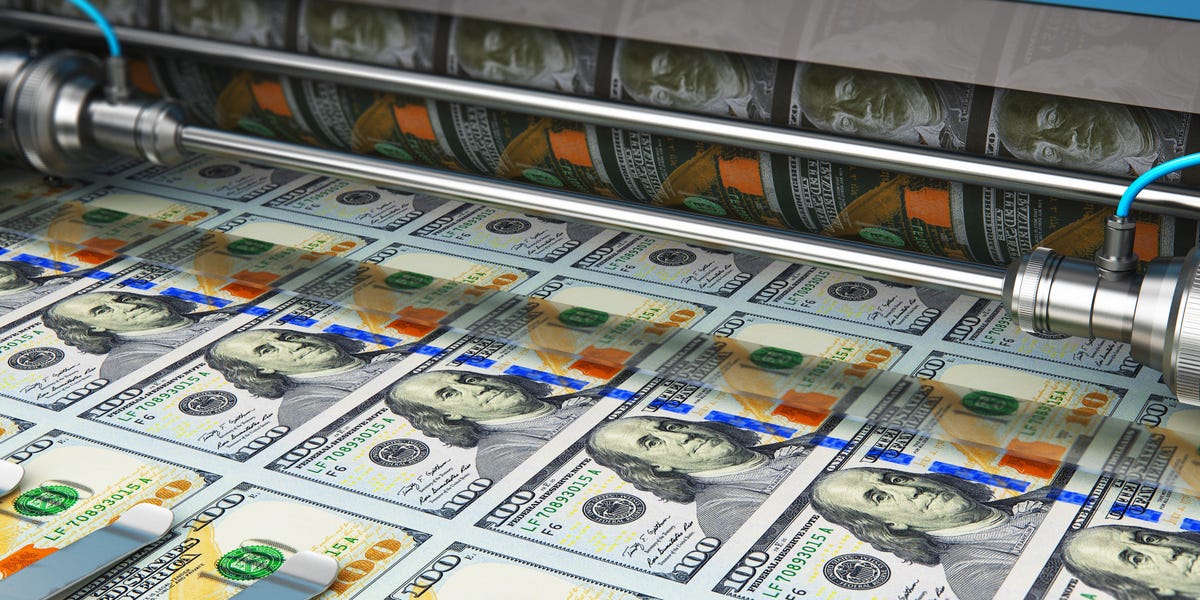 Dollar Dominance at Risk and Could Go Way of UK Pound, Goldman Says


Goldman Sachs has warned the US dollar faces risks that could erode its global dominance, saying it’s dealing with some of the same challenges that the British pound faced in the early 1900s.

The move by the US and its allies to freeze Russia’s central bank out of much of its foreign currency reserves has raised concerns that countries could start moving away from using the dollar, due to worries about the power the currency grants the US.

Goldman’s research note, released Thursday, is a sign major investors are taking the risks to the dollar seriously.

The bank’s analysts, including economist Cristina Tessari, said the dollar faces a number of challenges similar to those faced by the British pound before it declined. The pound was once the world’s reserve currency, but was supplanted by the dollar in the middle of the 20th century.

Those challenges include the fact that the US has a relatively small share of global trade compared to the dominance of the dollar in global payments. That the country has a deteriorating “net foreign asset position”, with rising foreign debts. And that it faces geopolitical problems, such as Russia’s war in Ukraine.

Tessari and her colleague Zac Pandl said the US’s big debts, stemming from the fact that it is a big importer of goods, could be a particular problem.

“If a reserve currency issuers’ debt is allowed to grow relative to GDP, eventually foreigners may grow reluctant to hold more of it,” they wrote.

Gita Gopinath, deputy director at the International Monetary Fund, told the Financial Times this week that Western sanctions against Russia could create a more fragmented global system that could damage the dollar.

She also said increased use of other currencies in world trade would cause national central banks to diversify the foreign reserves that they hold, at the expense of the greenback.

However, many analysts argue the dollar’s status as a global reserve currency is safe for the foreseeable future, given there’s no viable alternative ready to step in, like the dollar did when it replaced the pound.

Goldman argued that the status of the dollar is largely in the US’ hands. “Policies that allow unsustainable current account deficits to persist, lead to the accumulation of large external debts, and/or result in high US inflation, could contribute to substitution into other reserve currencies,” the bank’s analysts said.

Read more: Are we on the verge of a housing-bubble bust? An economist advises buyers to sit out the current ‘irrational’ market and lists the 11 most overvalued cities in the US.