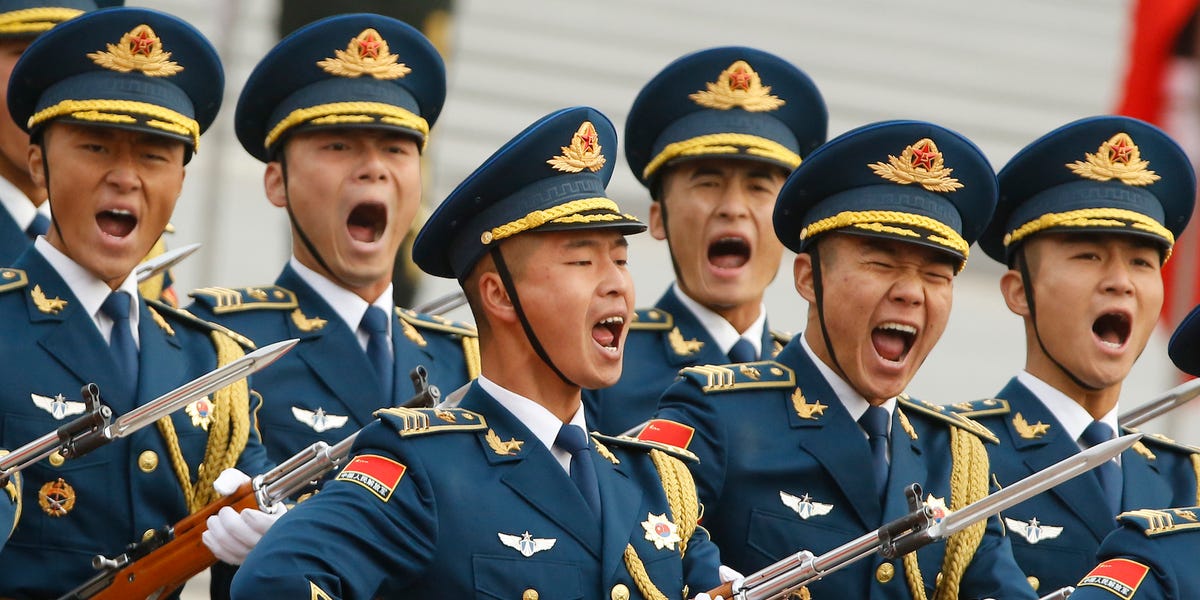 
The US Department of Defense’s annual report on China’s military was released in November, providing new information on the growing strength of the People’s Liberation Army during 2020.

Among the updates to last year’s assessments, which covered developments in 2019, were an increase in the estimated size of China’s ground forces, an even larger naval fleet, and the introduction of new weapons.

The changes can be tracked on the maps included in the report. Many were unchanged from last year, but those showing the placement of the major units of China’s army, air force, and navy do have new details.

The first map shows the location and positions of the major headquarters and group armies of the PLA’s ground forces, identified in the report as the People’s Liberation Army Army.

The PLAA is still the largest standing army in the world, with 975,000 active-duty personnel — an increase from 915,000 in last year’s report. The troops are divided into 78 combined-arms brigades in 13 group armies across five theaters: Northern, Central, Eastern, Southern and Western. There are also two military districts in the Western Theater, based in Xinjiang and Tibet.

The maps show the rotation or relocation of some of the group armies compared to last year. It also shows the location of the headquarters for China’s Airborne Corps and Marine Corps, which are part of China’s air force and navy, respectively.

The report says the PLA’s major force restructuring program, started in 2016 to streamline to PLA, is complete, but that “significant additional equipment fielding is necessary to complete the transformation of the PLAA into a fully modern force.”

The Pentagon report notes that although some 40% of the PLAA’s main battle tanks are 20 to 40 years old and “significant numbers of infantry brigades employ outdated equipment,” the PLAA is receiving new hardware.

The report noted that the PLAA conducted extensive combined-arms and joint training with other branches despite the Covid-19 pandemic, with emphasis on high elevations as a result of increased tensions with India. Force projection over the Taiwan Strait was also a major focus.

Officially known as the People’s Liberation Army Navy, China’s navy is the largest in the world with a total battle force of 355 vessels, including about 145 “major surface combatants.”

As noted in the report, the PLAN is “speeding up the transition of its tasks from defense on the near seas to protection missions on the far seas.”

The map of PLAN forces provides an updated count of the types of vessels assigned to each of its three fleets, based in the PLA’s Northern, Eastern, and Southern theaters.

The PLAN’s Eastern Theater Navy saw the most change, adding seven ships, (one frigate, five corvettes, and one amphibious transport dock), while losing 10 (eight missile patrol craft and two medium landing ships), though the report doesn’t say whether those ships were decommissioned, reassigned, or removed for some other reason.

The PLAN’s Marine Corps, made up of about 40,000 marines in eight brigades, graduated its first domestically trained ship-borne aircraft pilots in 2020 and continues to mechanize.

China’s air force, officially called the People’s Liberation Army Air Force, and the PLAN’s aircraft make up the largest aviation force in the Indo-Pacific region and the third largest in the world.

The report indicates that the PLAAF and PLAN have grown their fleets to more than 2,800, not including drones and trainer aircraft.

The map shows the creation of an additional bomber brigade in the PLA’s Central Theater and an additional naval aviation brigade HQ in the Northern Theater.

In 2019, China unveiled the H-6N, a version of its H-6 bomber that carries a potentially nuclear-armed air-launched ballistic missile under its fuselage and is capable of air-to-air refueling.

Now officially in service, an H-6N was spotted carrying what is believed to be a hypersonic missile in October 2020, raising concerns that China is improving its nascent nuclear triad.

The PLAAF continues to expand and upgrade its fleet of J-20 stealth aircraft. China is also testing a second stealth fighter, the FC-31, which is likely to be the PLAN’s next carrier-based fighter.

The PLAAF’s Airborne Corps — an airborne unit similar to US paratrooper units — is made up of six combined-arms brigades, with three classified as light motorized, two as mechanized, and one as air assault.

The increasing sophistication and number of aircraft and weaponry in the PLAAF arsenal led the Pentagon to caution that it “is rapidly catching up to Western air forces,” a trend that is “gradually eroding longstanding and significant U.S. military technical advantages.”

US orders biggest ever oil release from strategic reserves