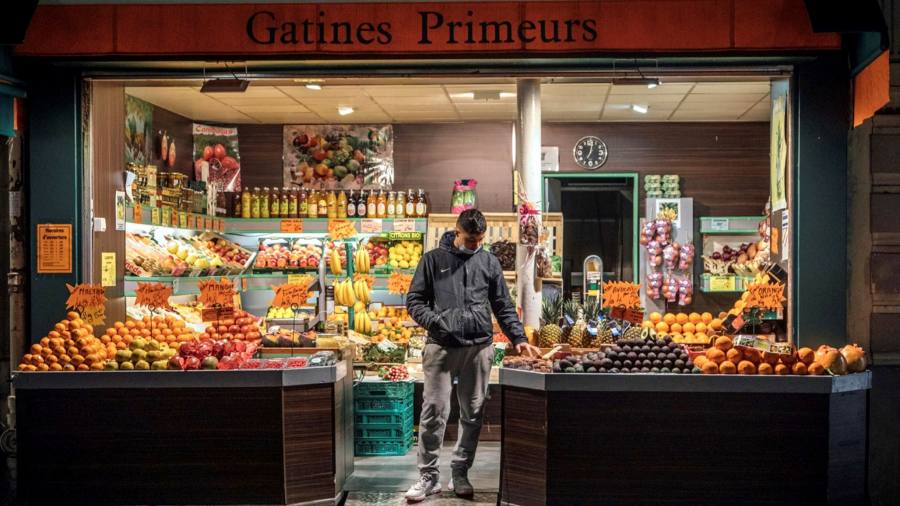 
This was supposed to be the year European wages started to catch up with inflation, but the economic fallout of Russia’s invasion of Ukraine leaves many EU workers facing even bigger pay cuts in real terms, according to union officials and executives.

Consumers across the region have been grappling with soaring prices for electricity, fuel, food and other goods for over six months. But a strong eurozone jobs market — the unemployment rate hit a record low of 6.8 per cent in February — and reports of labour shortages for many EU companies prompted economists at the start of the year to predict strong wage growth.

Now many companies, including key employers such as car manufacturers, chemical companies, food producers and steelmakers that depend on Russia and Ukraine for imports, could be plunged into crisis mode. The growing risks of energy rationing and production shutdowns are undermining the case for big pay increases, despite the booming job market and need to protect workers from higher inflation.

“In the context of mounting growth headwinds — including fresh supply-side disruptions and record-high commodity prices fuelled by Russia’s war with Ukraine but also China’s zero-Covid strategy — unions are likely to scale back their wage demands as corporate margins are bound to take a notable hit,” said Katharina Utermöhl, senior economist at Allianz.

Such supply bottlenecks have already hit car and truckmakers because of a shortage of wiring harnesses supplied by factories in Ukraine. This week, German truckmaker MAN said it had furloughed about 11,000 staff, sending them home on 80 per cent pay, after similar plant closures and shift cancellations at Volkswagen and BMW.

The fallout from the Ukraine conflict is knocking consumer and business sentiment. A European Commission survey published on Wednesday showed that its eurozone economic sentiment indicator had fallen to its lowest level for 12 months, “mainly due to plummeting consumer confidence”.

“In general, and especially under these circumstances, nominal wages won’t grow like prices,” said Enzo Weber, head of research at the Institute for Employment Research in Nuremberg. “This means that we will have real wage losses in 2022.”

Unions in Germany’s chemicals industry started their collective bargaining round earlier this year demanding that wages rise at least in line with inflation, which is expected to exceed 6 per cent in Germany in 2022.

However, since the invasion of Ukraine raised the prospect of Russian gas imports to Europe being cut off, union officials agreed to postpone negotiations until next month and offered to seek an interim solution.

“In a scenario where there is an embargo that triggers an across-the-board labour impact, in that case every collective bargaining round is blown up,” Michael Vassiliadis, president of the union representing Germany’s 580,000 mining, chemical and industrial energy workers, said this week.

Henrik Follmann, head of his family’s eponymous chemicals group and a board member at the sector’s employers association in Germany, said: “There is so much uncertainty, and everyone understands this. Yes, inflation is high and, yes, we have to compensate our workers, but not in this scenario.”

Workers look set to have their purchasing power squeezed further after German and Spanish consumer prices rose at close to 40-year highs in March. Eurozone inflation is expected to set a new record of 6.6 per cent when the data are released on Friday.

“Wage growth will remain muted this year,” said Carsten Brzeski, head of macro research at ING. “Unions will opt for job security instead of higher wages.”

He said the arrival of 3.8mn Ukrainian refugees into EU countries could reduce labour shortages, though many are women and children and may not speak the local language or be looking for a job.

Some governments, including those in Germany, France, Spain and Italy, are trying to cushion the blow by cutting fuel prices for motorists and reducing energy bills for poorer households. Several countries also plan to raise minimum wages, in Germany’s case by almost 30 per cent to €12 per hour.

However, in the final three months of last year, nominal hourly wages in the eurozone rose at an annual rate of 1.5 per cent, well below the pace of inflation that was surging at 4.6 per cent over the same period, according to Eurostat.

As a result, real hourly wages fell by 3 per cent, the largest drop since comparable data began 14 years ago. The drop is visible across various measures of wage pressures. Once adjusted for inflation, eurozone negotiated wages per employee, tracked by the European Central Bank, contracted by 1 per cent in the fourth quarter.

The pain is being felt across the region. Real wages fell about 3 per cent in Germany and Italy in the fourth quarter, and more than 4 per cent in Spain and the Netherlands.

With its cap on energy prices keeping a lid on inflation and a stronger economic rebound, France experienced a milder contraction in real wages of 1.4 per cent, yet that is still one of the biggest falls in the country over the past decade.

“The sharp rise in inflation has led to a dramatic decline in real wage growth which is likely to get worse as inflation rises further,” said Anna Titareva, an economist at UBS.

However, Titareva believes wages in Europe will ultimately pick up provided the Ukraine crisis does not develop into a prolonged conflict.

“Against this backdrop, and assuming no material fallout on eurozone labour markets from the Russia/Ukraine war, we expect upcoming wage rounds to lead to higher settlements,” she added.

How To Play Recession Fears For 7.8% Dividends, Upside