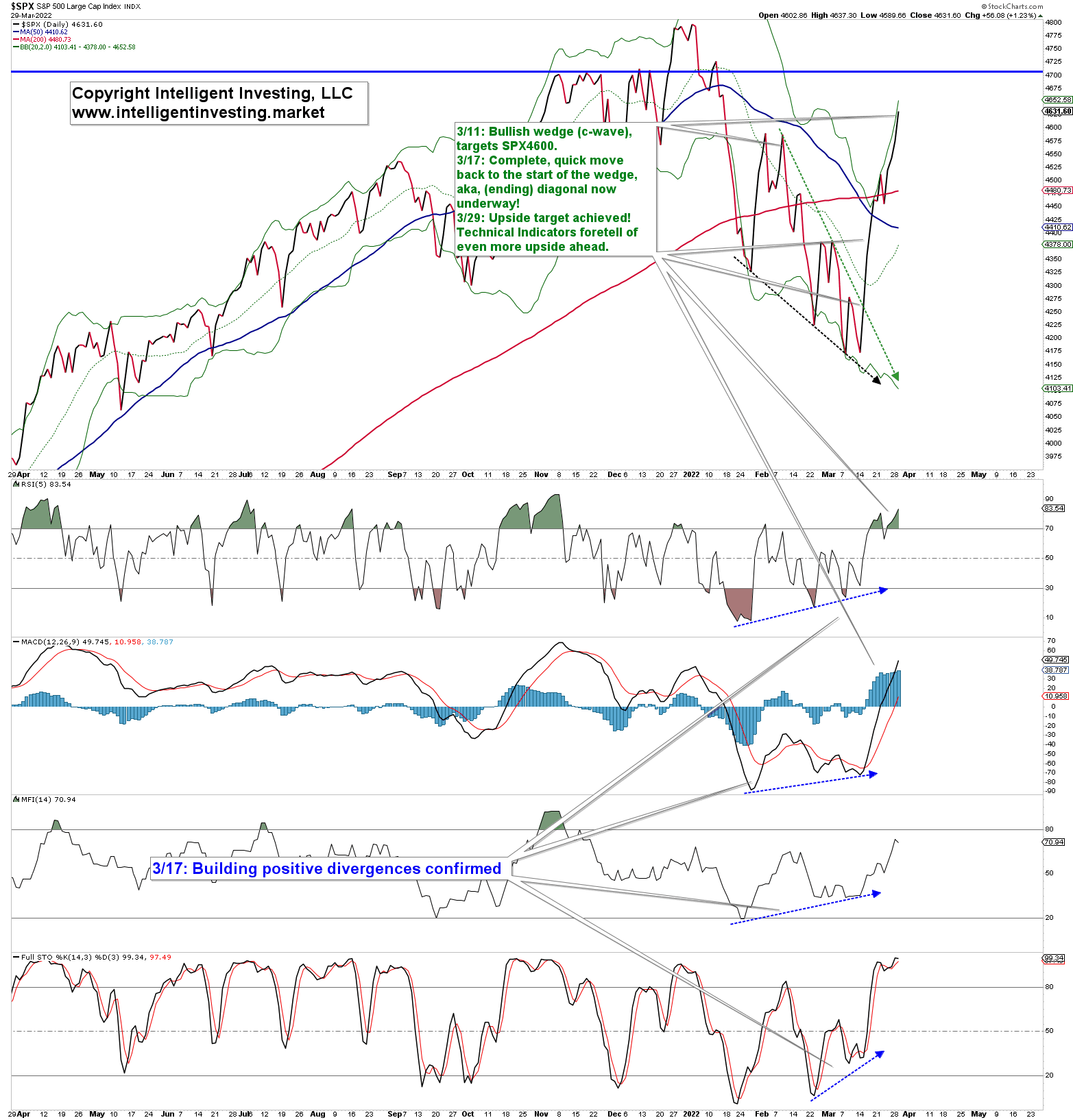 In my last update I mentioned:

“The 50- and 200-day Simple Moving Averages (SMAs) at SPX 4437 and SPX 4470, respectively, should provide some resistance, but based on my Elliott Wave Principle (EWP) work, I expect the stock markets to have put in a lasting bottom and that a subdividing five-wave rally to SPX5500-6000 is now under way.”

Last week the index gyrated around the 200-day SMA for several days, held the 50-day SMA as support, and took off last Thursday. Today’s move over initial resistance at SPX 4600 (the late January and early February spike highs) opens up a clear path to the next resistance zone at ~SPX 4700 (horizontal blue line), which equates to the October and November 2020 highs. Support is now at previous resistance: ~SPX 4600. Given that all the technical indicators are firmly pointing higher, without any negative divergences or sell signals, looking higher is the preferred path forward.