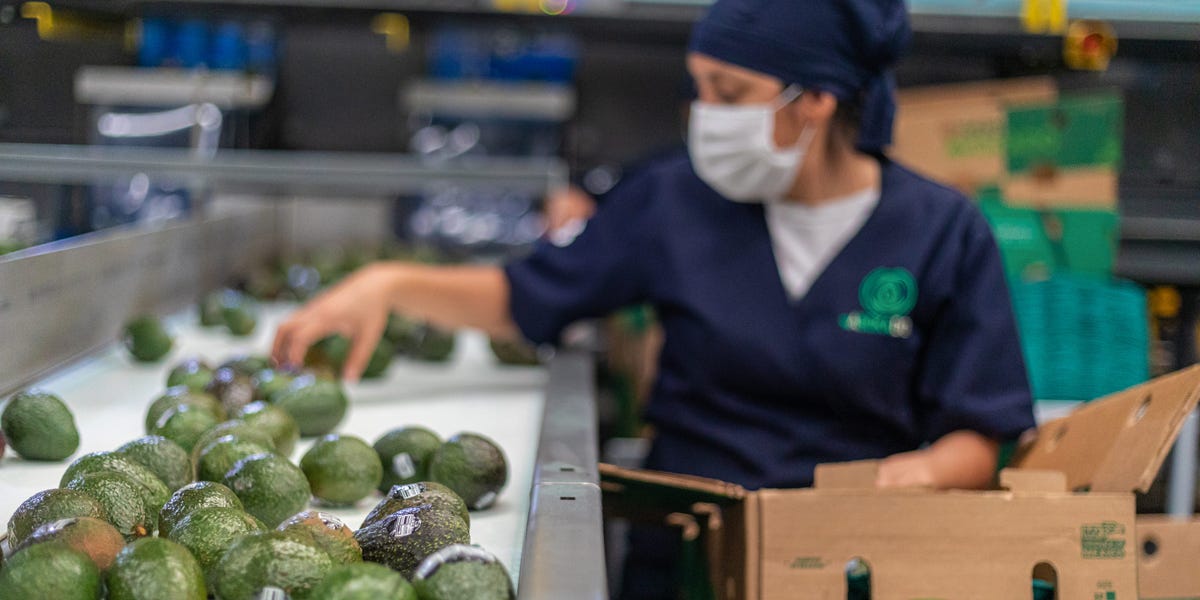 
Avocado prices have surged to a record high due to tighter supply from major producer Mexico.

Avocado prices from the major producing state of Michoacán are up 81% this year to 760 pesos ($38) for a 20-pound box — the highest on record in data that goes back to 1998, Bloomberg reported, citing Mexican government statistics.

Mexico’s avocado production is expected to be 8% lower than it was over the previous year, the US Department of Agriculture said in an October report.

The fruit’s price gain follows a one-week import ban of Mexican avocados by the US in February, after an American plant-safety inspector received a threatening phone call. The ban was lifted after a week.

The rise in avocado prices comes amid concerns about food inflation, which has been exacerbated due to supply chain challenges. US food prices edged 1% higher on-month and 7.9% on-year in February, according to data from the Bureau of Labor Statistics.

Mission Produce — the largest US distributor of avocados — raised its selling prices by 50% recently “due to lower industry supply out of Mexico, as well as inflationary pressures,” it said in its first-quarter results announcement on March 10.

Mexico exported almost $3 billion worth of avocados in 2020, the most recent year for which data is available, according to Statista. The data provider indicated that about 80% of Mexico’s avocado shipments went to the US in 2020.

For now, the US exclusively imports its avocados from Michoacán, but the state of Jalisco has also been approved to supply the fruit by June, according to Avocados from Mexico, a marketing group that’s a wholly owned subsidiary of the Mexican Hass Avocado Importers Association.