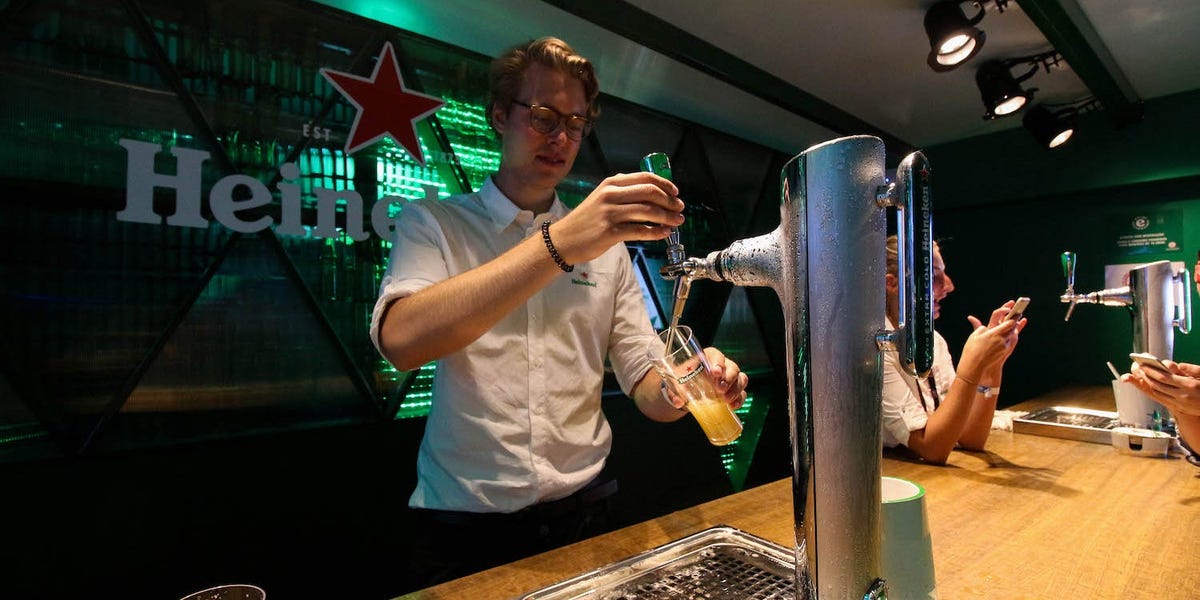 “We have concluded that Heineken’s ownership of the business in Russia is no longer sustainable nor viable in the current environment,” the company said. “As a result, we have decided to leave Russia.”

Prior to Monday’s announcement, Heineken said it was reviewing its operations in Russia, having already halted the production and sale of its beer in the country. It’s now looking for a new owner for its Russian business.

Heineken said it will continue running its reduced operation until a new owner is found, in order to “ensure the ongoing safety and wellbeing of our employees and to minimize the risk of nationalization.”

Russian officials have threatened to seize the assets of Western companies that leave the country and nationalize foreign business units that are left behind. The Kremlin has further threatened to arrest executives who criticize Putin’s government, The Wall Street Journal reported.

Heineken joins a long and still-growing list of Western companies that are cutting ties with Russia after Russian President Vladimir Putin invaded Ukraine on February 24. The Coca-Cola Company, DHL, and McDonald’s are among those to have shut up shop, or announced plans to do so.

“In all circumstances we guarantee the salaries of our 1,800 employees will be paid to the end of 2022 and will do our utmost to safeguard their future employment,” Heineken said Monday.

Heineken said it expects to lose approximately 400 million euros ($439 million) from the sale of its Russia business.

Amsterdam-headquartered Heineken is one of Europe’s largest brewers, with 82,000 workers in 70 countries. It reported a net profit of 2 billion euros in 2021.

Why Bitcoin Has No Competition

India buys cheap Russian oil; China could be next