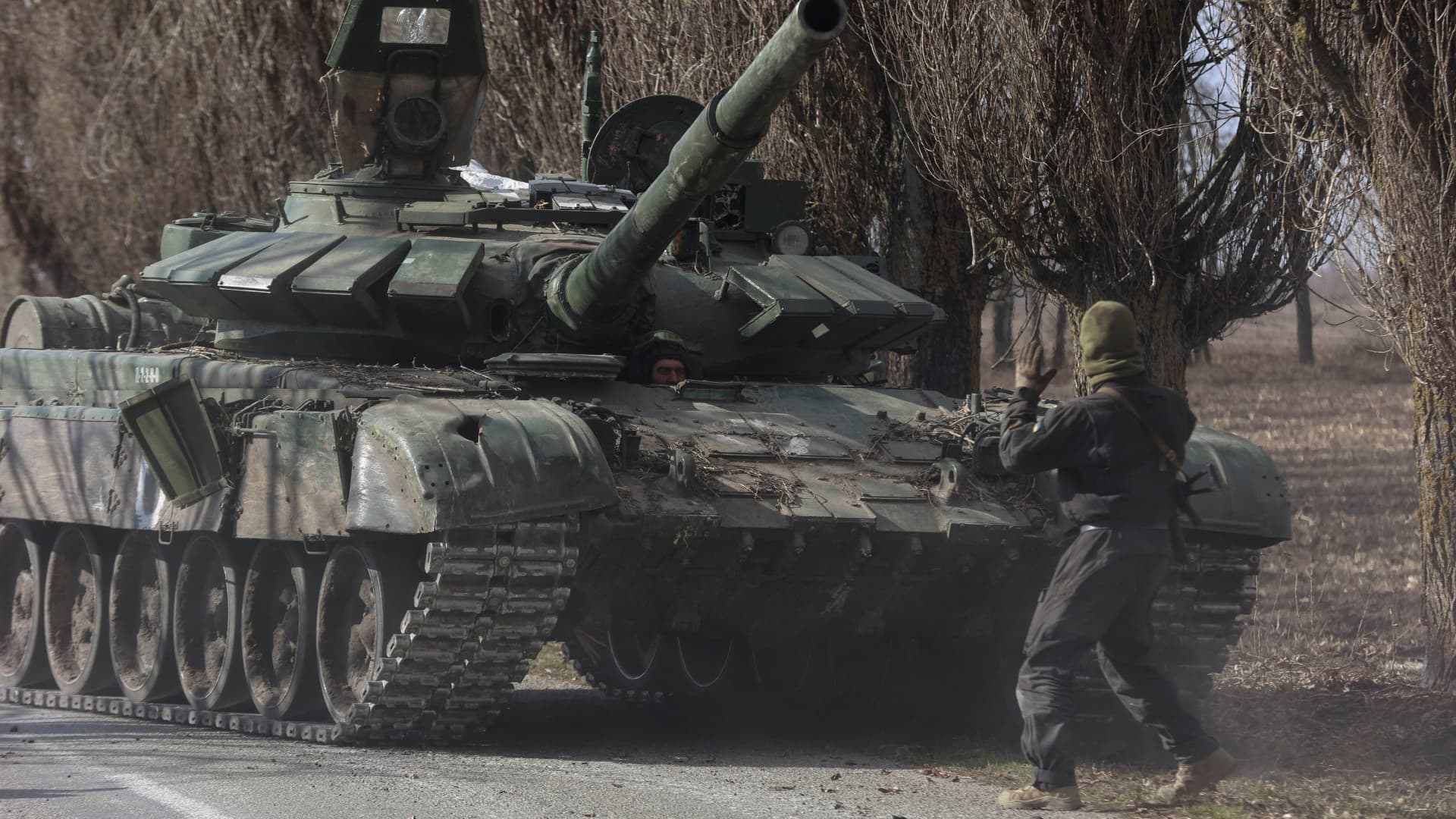 LONDON — European stocks moved higher on Monday as investors continue monitoring developments in the war between Ukraine and Russia.

The pan-European Stoxx 600 added 0.7% by mid-morning, with insurance stocks climbing 1.3% to lead gains as almost all sectors and major bourses entered positive territory.

Global markets are watching events in Ukraine closely more than a month after Russia began its invasion of the country.

Ukrainian President Volodymyr Zelenskyy has reiterated that his country is prepared to discuss adopting a neutral status as part of a peace deal with Russia. Meanwhile, U.S. Secretary of State Antony Blinken has sought to clarify President Joe Biden’s comments that Russian President Vladimir Putin “cannot remain in power.”

Read our live updates on the Ukraine-Russia war here

Although European stocks were grinding higher on Monday, Morgan Stanley’s chief European equity strategist, Graham Secker, told CNBC that the best investors could hope for in the near future is for stock valuations to remain flat.

“The multiples look OK but they don’t look particularly cheap, they’re basically in line with their very long-run average, and given the very tricky environment that we’re seeing at the moment, coupled with the Fed raising rates, it’s hard to see multiples going up,” Secker said.

Morgan Stanley came into 2022 projecting 10% earnings growth for European companies, but the bank recently cut this to just 3% in light of the shifting outlook.

“We’re just starting a period where earnings revisions have moved negative, so I think you have some growth concerns playing out, and that’s potentially around the top line but I think particularly around corporate margins,” Secker told CNBC’s “Squawk Box Europe” on Monday.

“There’s a lot of cost pressures in the systems for companies, there’s going to be more question marks about whether pricing power will be good enough to allow companies to put their prices up, given some of these building pressures on the consumer from high inflation in general.”

U.S. stock futures were slightly lower Sunday evening as investors look ahead to a series of key economic reports and continue to keep a close eye on the Federal Reserve’s planned interest rate hikes.

Key data releases in the U.S. this week include the Job Openings and Labor Turnover Survey, and ADP will also release its private payrolls data ahead of the closely watched monthly jobs report, on Friday.

Trade was mixed in Asia-Pacific markets on Monday and investors are watching for clues on policy easing from Chinese authorities amid concerns over the outlook for the economic powerhouse as it grapples with its worst Covid outbreak since the initial height of the pandemic in early 2020. On Monday, China’s biggest city Shanghai began a two-stage lockdown.

The Atlantic Council Global Energy Forum is taking place on Monday and CNBC will be hosting panels with key leaders in the industry, including Bulgaria’s and Albania’s energy ministers, and Claudio Descalzi, the CEO of Eni.

India buys cheap Russian oil; China could be next

Stocks: Should We Expect More Upside?