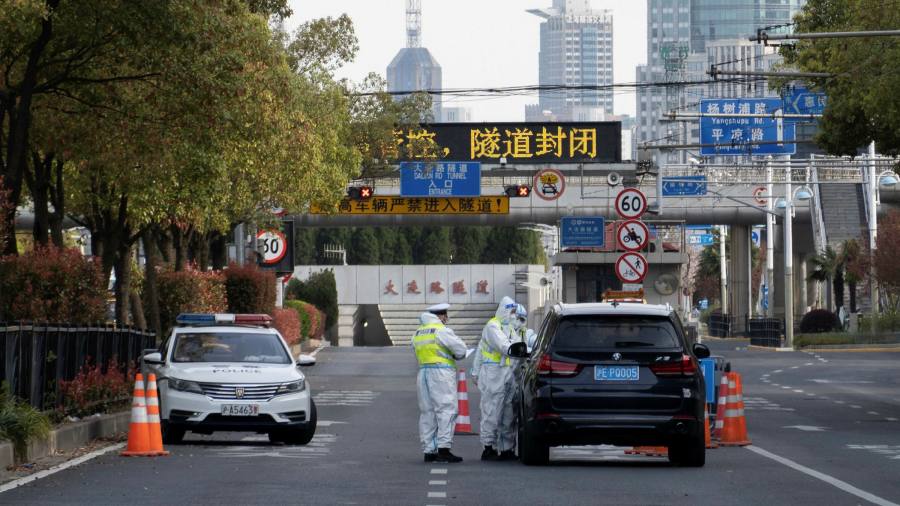 
The lockdown of Shanghai is extreme and unexpected. The two-stage shutdown of China’s financial hub, a city of 26m residents, will have far-reaching consequences.

The eight-day lockdown that started on Monday is far more severe than previous measures imposed on the city, China’s second-wealthiest after Beijing. The government, which is fighting its biggest outbreak in two years, imposes pandemic restrictions with an intensity rarely seen elsewhere. City residents cannot leave their homes; bridges, companies and factories are closed; land sales are banned.

That means a significant hit to China’s economic growth. The city is home to China’s largest port, which is also the world’s busiest. Even before Shanghai’s lockdown, smaller-scale restrictions in other parts of the country had caused snarl-ups.

The number of container ships waiting off China’s main ports almost doubled compared with February, according to Bloomberg data. Global supply chains are highly dependent on shipments from the city, for not just electronics but everything from fertilisers to pharmaceuticals.

Shanghai is also a leading financial hub where most multinational companies have their Chinese headquarters and production plants. Tesla, for example, reportedly suspended production at its Shanghai factory on Monday.

The disruption will push China further away from hitting its gross domestic product growth target of around 5.5 per cent for this year. Shanghai accounts for 4 per cent of the country’s GDP. Any extension of the lockdown period — and the imposition of similar measures in other cities — would exacerbate the impact on employment, consumer spending and confidence.

The CSI 300 Index, a benchmark of Shanghai- and Shenzhen-listed stocks, fell less than 1 per cent on Monday. It has already fallen 16 per cent this year, trading at just 2 times book value. As the number of Covid-19 cases started rising, the risk of lockdowns has to some extent been priced in.

Yet the sudden nature of the Shanghai lockdown threatens to have a bigger, lasting impact on local stocks and investor confidence in coming months. Government officials in Shanghai denied plans to lock down the city just one day before the announcement on Sunday. That has left investors to second-guess which companies and cities will be next in line to be affected by a lockdown.

Our popular newsletter for premium subscribers is published twice weekly. On Wednesday, we analyse a hot topic from a world financial centre. On Friday, we dissect the week’s big themes. Please sign up here

Stocks: Should We Expect More Upside?

Bitcoin And The Truth Of Mixed Martial Arts