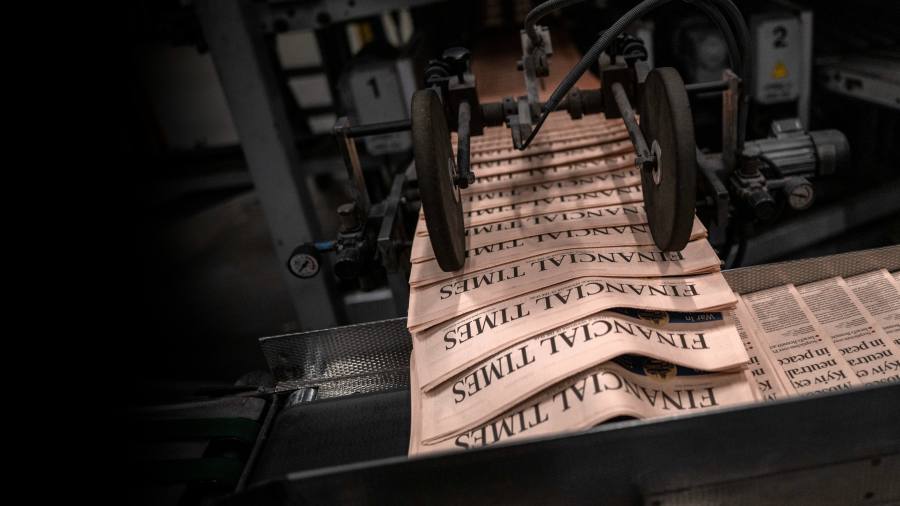 Stop press: end of an era as the FT’s own print site closes


One wet evening recently, a sort of Fleet Street pilgrimage took place when a group of Financial Times journalists made their way to a nondescript warehouse in Bow, a place the taxi driver couldn’t find between Stratford and the Thames.

The team, who spend their days compiling the FT’s ‘pink ‘un’ print edition on digital screens, were there to witness copies rolling off the FT’s St Clements printworks for one of the last times before it closed its doors for the final time on Friday night.

After a decade under the FT’s ownership, the site is being decommissioned and the machinery is being shipped as spare parts to other still-surviving printworks. Like the rest of the FT’s print sites around the world, its UK copies will now be produced in contracted slots at another site.

An hour earlier print newspaper editors sat at the FT newsdesk in Bracken House, in the City of London, finessing the splash headline before releasing the front page to the presses. Now, the same text was emerging as a metal sheet, ready to be attached to the presses in order to churn out thousands of copies.

Although most of the team have worked at the FT for years, none had visited the print site before.

The FT began printing on pink paper in 1893 as a way to differentiate itself from its rivals the Financial News and to save money from not bleaching paper white, a tradition that has endured.

At one time, the FT’s printing presses rumbled under the newsroom at Bracken House opposite St Paul’s Cathedral. And although most FT content is now read on mobile phones and laptops, the printed version has a permanence, a loyal following and a place at the heart of the FT Group.

As the presses started to whirr, drying copies of the FT began their choreographed dance across the vast warehouse space carried on long tracks up and down, around and around the vast room. It was a mesmerising and emotional moment as the papers hurtled out of the machine, seemingly in a rush to get to the readers.

Although the production of news in 2022 is digital, fast-paced and ever-changing, there remains something magical about seeing carefully reported and edited stories and photographs being committed to paper.

Skilled technicians monitored the output and made adjustments to achieve the perfect registration, 2km long reels of Swedish paper were heaved into position and began to turn and, as a cacophony erupted, the machine started spitting out copies.

In less time than it would take to flick through its pages, the next day’s FT was packaged on to crates and rushed out on trolleys to waiting vans before landing on newsagents’ shelves and doorsteps the following morning.

Bitcoin Is Peace After 9/11