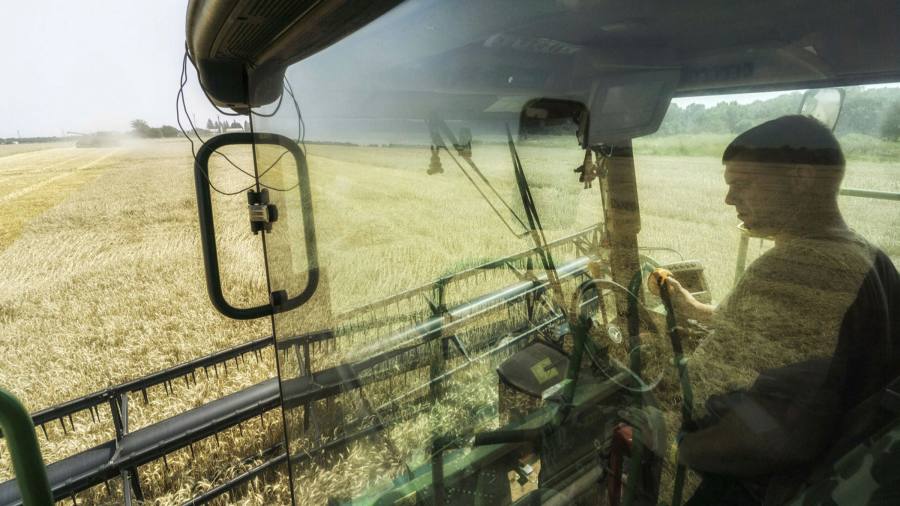 
Rising food prices are ringing alarm bells for households all over the world. UK food banks say they have never been busier. Supermarkets in Italy have reported panic buying. And in Iraq there have been bread price protests.

Food costs were increasing even before the Ukraine war, driven by higher energy prices, transport bottlenecks and, in some countries, farm labour shortages. Now Russia’s invasion has triggered further rises and concerns about prolonged disruption in agriculture-rich Ukraine.

Does this mean that it is a good time to invest in farm commodities? Especially as equity valuations remain high, despite the turmoil caused by the war, and rising inflation is putting pressure on bonds?

It’s true that commodities have proved a decent investment at times of high inflation in the past. But you have to choose carefully as these can be volatile markets where prices can fall as fast as they rise.

It’s no surprise that wheat prices are up more than 40 per cent since the start of the year, when Russia and Ukraine together supply some 30 per cent of world exports.

Supply fears have spread across agricultural markets, with prices for corn, soyabeans and beef all well up this year.

The concerns are even more acute in fertilisers, a key input, since Russia and its ally Belarus supply fully 40 per cent of global exports. CRU, a research company, calculates that prices are up by about 30 per cent, which may not sound too serious in the circumstances, until you consider they have risen threefold since early 2020.

The International Food Policy Research Institute says: “The current conflict in Ukraine is likely to generate an immediate impact on global wheat market stability and, by disrupting natural gas and fertiliser markets, have negative impacts for many food producers.”

Buying wheat wholesale — as you might gold — is obviously not practical for the average private investor. But the futures markets are very well developed and there are hundreds of exchange traded funds (ETFs) both for single crops, such as wheat, and for diversified baskets of agricultural commodities. BlackRock, the investment house which runs a stable of commodities funds, says that while “commodity trading can carry risk” it can offer “diversification and the potential for upside performance”.

Still, before you take the plunge, look at some commodity charts to see how wild the price swings can be. How comfortable would you be on such a financial rollercoaster?

There is also an ethical question to consider. Throughout history, grain speculators have had a decidedly unfavourable reputation. Quite unfairly, say professional traders, who argue that financial investors give markets the liquidity needed to transmit price signals quickly. Yes, prices might spike if investors pile in, but the upswing gives farmers a bigger incentive to plant more and relieve any shortages. So at the end of the day, grains are cheaper and so is bread.

After the last great grain price surge, in 2007-8, a report from the UN’s Food and Agriculture Organization found: “Available empirical evidence does not support claims that non-commercial traders have increased the volatility of grain prices.”

Nevertheless, you may want to keep quiet about your grain stocks. Public prejudice runs deep. Well after the FAO published its research, leading charities, headed by Oxfam, successfully campaigned to drive some banks to close agricultural commodity funds.

In any case, there are other options, notably equities. Scores of companies are active in food production, starting with some very well-known names. Nestlé, the largest by sales, is a core element of many a portfolio and fund. Other giants include PepsiCo and Unilever.

Solid companies, right for uncertain times, I’m sure. But they may not give you the exposure you want to commodity markets. These groups sell products in which commodity costs are generally only a fraction of the final prices, margins and profits. Carlos Mera, head of agricommodities market research at Dutch bank Rabobank, says: “You may not see much of a change in the price of packaged bread at Waitrose, but in the Middle East prices are rising fast.” 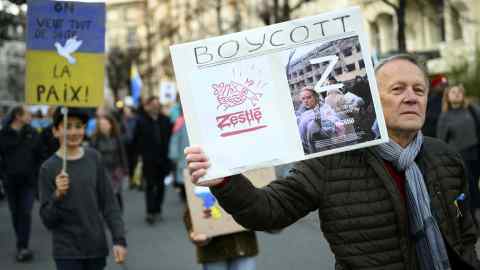 Not surprisingly, Nestlé’s shares are barely changed since pre-crisis. They dropped when the fighting began (the company is big in Russia) but then bounced back (the Russia business is a small chunk of the whole).

To get closer to the sharp end, you might consider the global grain trading companies. Chicago-based Archer Daniels Midland, which has investments worldwide, including in eastern Europe, has seen its shares rise 15 per cent since the conflict began and 26 per cent since the start of 2022. Bunge, a rival, has posted similar gains.

Or how about fertiliser producers? The choice is trickier: some make fertiliser by mining and converting potash from their own reserves, so they have some protection against rising natural gas costs. But others use ammonia — a feedstock based on natural gas — and so are exposed. Nutrien, the Canadian potash giant, has seen its stock leap 37 per cent since Vladimir Putin’s tanks rolled in and 43 per cent since January 1. But shares in Yara, a Norwegian rival with gas-based feedstocks, are flat.

Of course, there are numerous funds and investment trusts focused on agriculture, which will give you diversification as well as exposure, limiting your risks. For example, the MSCI Global Agriculture Producers ETF has names like Nutrien and Archer Daniels among its top three holdings, as well as US tractor maker Deere.

Clearly, a lot depends on how long the Ukraine war lasts. Nobody knows, so no one can tell whether 10 per cent of this year’s Ukrainian harvest will be lost or 50 per cent. Planting is due to start in a few weeks.

But high prices may persist, given all the other forces driving them up, especially energy costs. So even though the initial boost to the market has already made itself felt, there could be more to come. These are inflationary times.