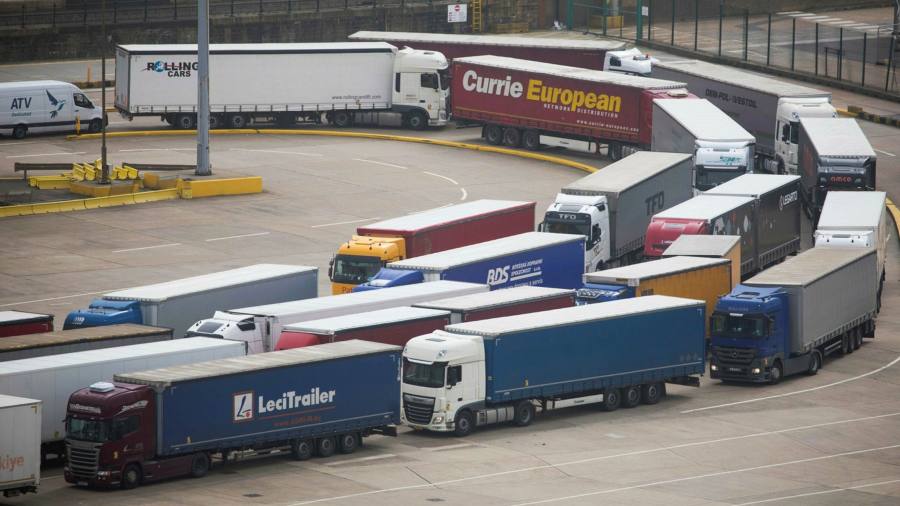 Brexit blamed as UK misses out on global trade rebound


UK goods exports have underperformed the rest of the world in what experts said was a sign that Brexit might be limiting the country’s trade performance.

The volume of UK goods exports fell 14 per cent in the three months to January compared with the same period in 2020, before the pandemic, according to the world trade monitor published on Friday by the Netherlands Bureau for Economic Policy Analysis, known as the CPB. This was in stark contrast to the global average of an 8.2 per cent rise over the same period.

The data, which incorporates Office for National Statistics data for the UK, also showed that Britain compared poorly with the performance of all advanced countries where goods exports rose 5 per cent.

The analysis also showed that the UK was underperforming over the long term as it was the only country tracked by the CPB where goods exports remained below the 2010 average.

“While most other advanced economies have seen a strong recovery in trade, UK exports remain below pre-pandemic levels,” said Jonathan Portes, professor of economics at King’s College London.

Earlier this week, the Office for Budget Responsibility warned that UK trade “lagged behind the domestic economic recovery” and had “missed out on much of the recovery in global trade . . . suggesting that Brexit may have been a factor”.

As a result, the UK has become a less trade-intensive economy, which was expected to knock out 4 per cent of its productivity over the next 15 years, it added.

The OBR noted that “none of the new free trade agreements or other regulatory changes announced so far would be sufficient” to have a material impact on its forecasts for UK trade. It has estimated that leaving the EU would result in the total UK imports and exports being 15 per cent lower than if Britain had remained part of the EU.

Earlier in the month, Michael Saunders, external member of the Bank of England’s Monetary Policy Committee said that Brexit had “reduced the economy’s openness, in trade and labour mobility”, which lowered the extent to which capacity pressures could be eased by imports and immigration.

A fortnightly ONS survey published on Thursday showed that more than half of UK businesses that had changed their supply chain had switched to more domestic sourcing since the end of the Brexit transition period in January 2021.

Paul Dales, chief UK economist at Capital Economics, said the UK trade data was complicated by changes in methodologies but “the bigger picture [was] that exports [were] still struggling to recover from Brexit and the pandemic”.

Gabriella Dickens, economist at Pantheon Macroeconomics, backed the OBR’s view that UK trade would remain “weak” in the medium term.

“Exports growth looks set to remain sluggish,” she said, as UK exporters continued “to be slowly cut out of global supply chains, due to the extra administrative burden for EU firms of sourcing goods from Britain”.