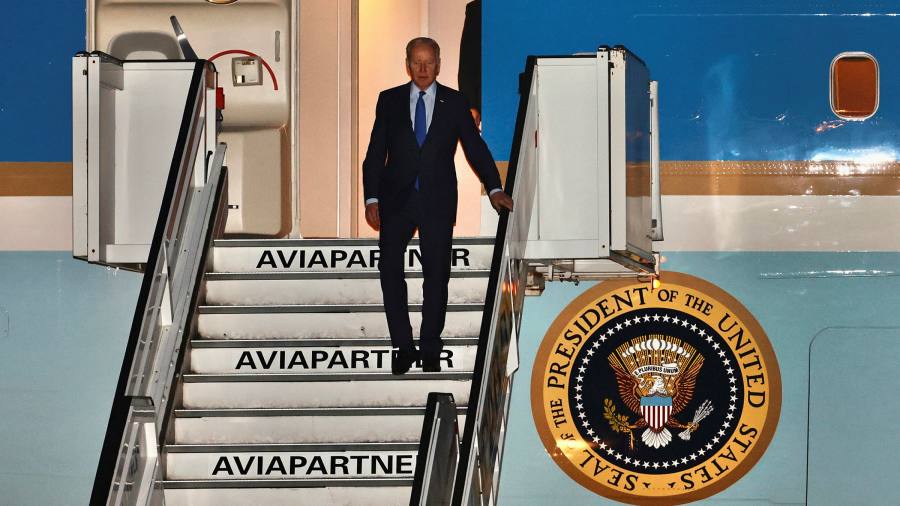 The Stoxx Europe 600 index, which is more than 7 per cent lower for the year, was broadly flat. Germany’s Xetra Dax was steady, while the UK’s FTSE 100 added 0.2 per cent.

The yield on Germany’s 10-year Bund rose 0.06 per cent to 0.54 per cent, its highest since October 2018, as the benchmark debt security’s price fell. The 10-year UK gilt yield added 0.07 percentage points to 1.7 per cent, following a shortlived price gain on Wednesday when the UK cut its debt issuance plans.

But futures markets implied Wall Street’s S&P 500 share index would gain 0.5 per cent in early New York dealings, with the technology-focused Nasdaq 100 on track to gain 0.6 per cent, as traders switched money out of a global bond market that is undergoing its deepest downturn since at least 1990.

The Stoxx meanwhile was trading at around its closing level of February 23, the day before Moscow launched an invasion of its neighbouring country.

Equity markets were showing “a remarkable level of complacency”, said Unigestion investment manager Olivier Marciot, arguing that “it is hard to see how corporate earnings can be maintained alongside higher inflation and lower economic growth”.

Biden was meeting Nato heads of state on Thursday in Brussels to discuss further responses to Russia’s invasion of Ukraine. He will also meet G7 leaders to address “consequences we are imposing on Russia for its war of choice”, a White House statement said.

German Chancellor Olaf Scholz has warned that blocking Russian energy “would mean plunging our country and the whole of Europe into a recession”. Germany imports a third of its oil from Russia and more than half of its gas and coal. Consumer price inflation in the eurozone hit a record 5.8 per cent in February, with economists expecting it to rise further.

Brent crude oil wavered at just below $122 a barrel, now up around a quarter since February 23. The benchmark could exceed $200 this year, traders warned at a Financial Times event in Switzerland.

Futures tied to Europe’s wholesale gas price added almost 13 per cent to €127 per megawatt hour, having topped €130 on Wednesday after Russian President Vladimir Putin said “unfriendly” nations should pay for Russian gas in roubles, injecting doubt into existing supply deals. Prices are almost seven times higher than a year ago.

In Asia, Hong Kong’s Hang Seng share index fell 0.9 per cent. The Japanese yen, which is trading at around a six-year low against the US currency, weakened a further 0.4 per cent to ¥121.6 per dollar.