One would think that the securities representing ownership of corporations and the world of digital currencies would have virtually nothing to do with one another, but in this all-assets-aligned world of ours, that isn’t the case. Once again, Layered Charts come to the rescue.

Check out  versus the SPDR S&P 500 (NYSE:) over the past five years. For a few years, they sorta-kinda had something to do with each other, but in the past couple of years, they’re virtually in lockstep. Market psychology reigns supreme! 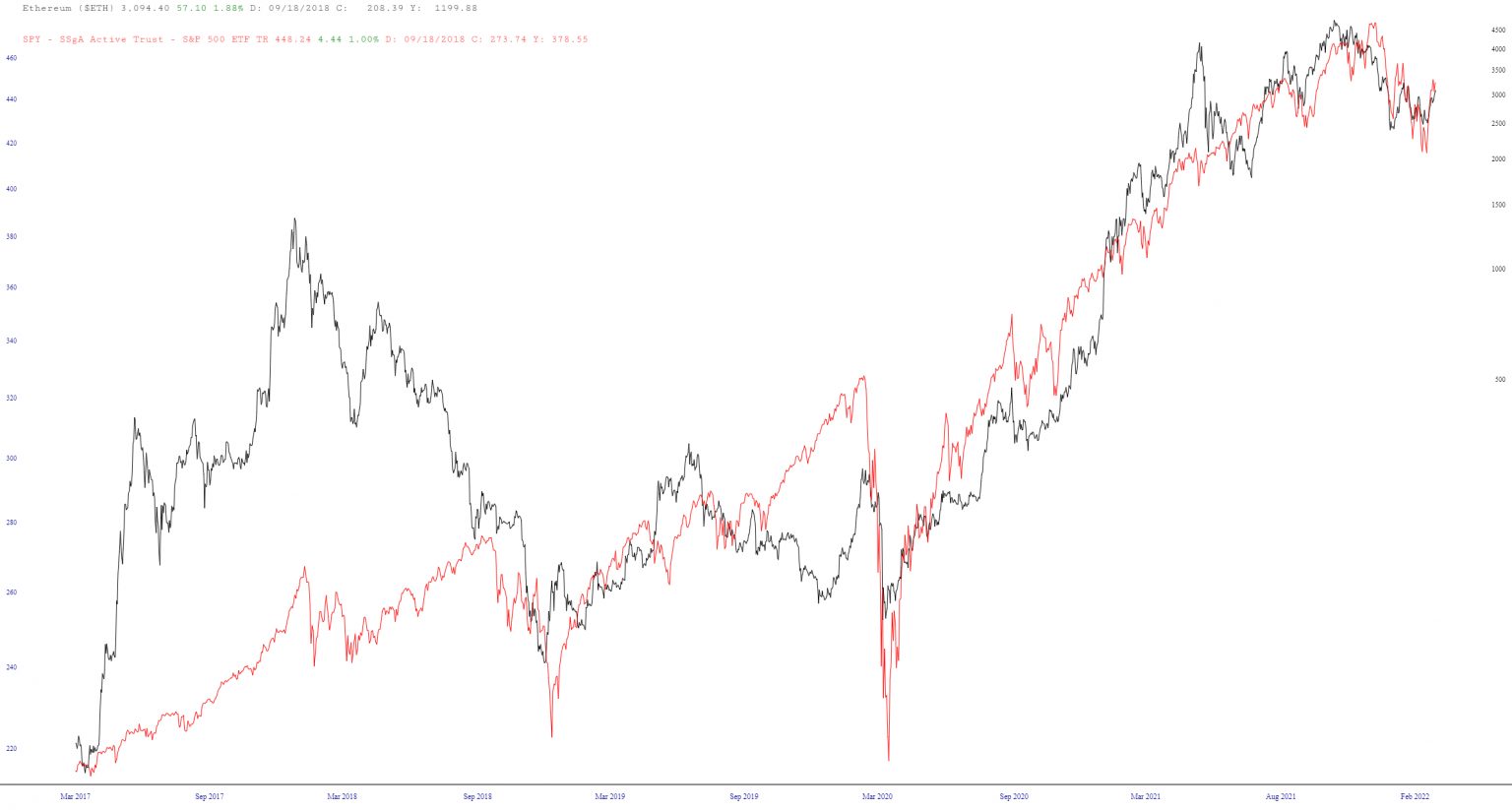 Here’s just the last year, in which recent months have shown an almost comic alignment between the two. 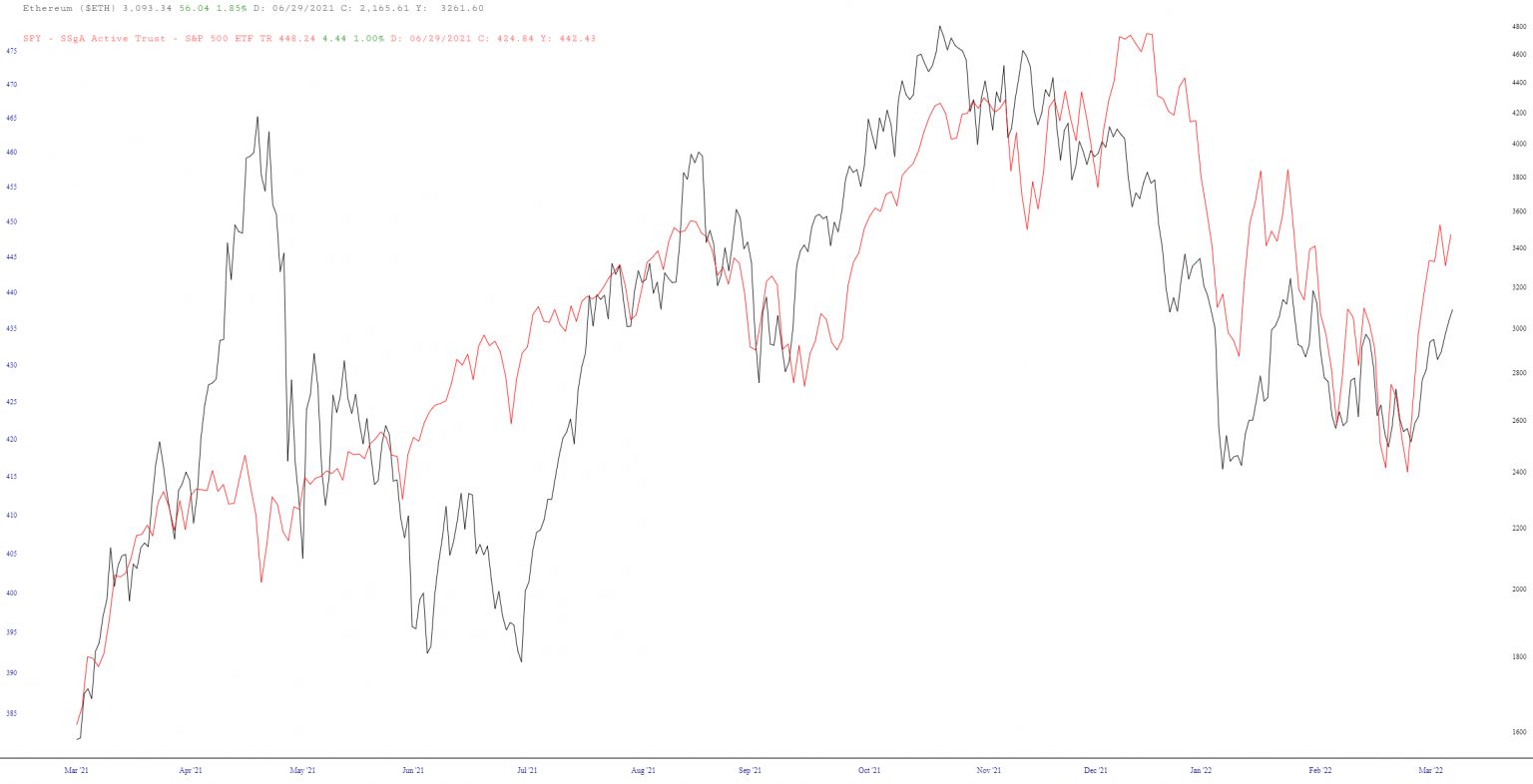