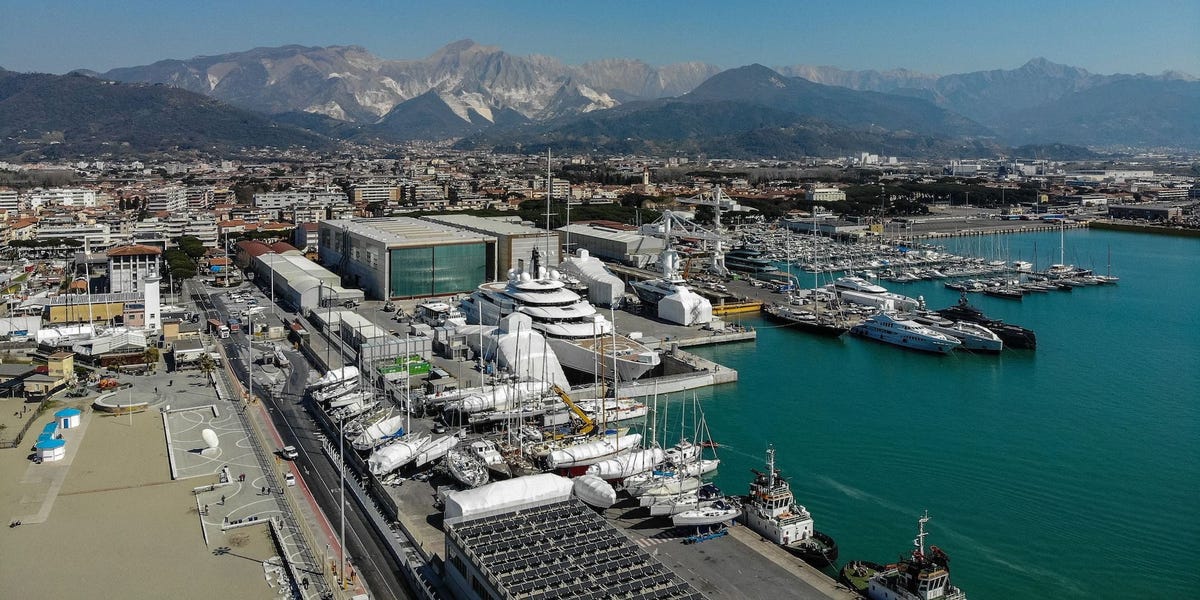 Zelenskyy Calls on Italy to Step up Russian Oligarch Crackdown


Ukrainian President Volodymyr Zelenskyy piled pressure on Italy to increase its crackdown on Russian oligarchs and their luxury properties.

Addressing Ukrainians in a video posted on Telegram late Tuesday, he spoke of how he had asked the Italian parliament to strengthen sanctions on Russia and to “strike hard” at oligarchs.

“Strike at their real estate, accounts and yachts,” he said. “Strike at their habit to earn money by war and to live and have a rest far away in Europe, where it is peaceful and cozy.”

Earlier that day Zelenskyy told Italian lawmakers that their country had long been a favored vacation spot for Russian oligarchs, and singled out the Scheherezade, a $700 million yacht said to be owned by Russian President Vladimir Putin.

“Almost all of them use Italy as a place for vacation. So don’t be a resort for murderers. Block all their real estate, accounts and yachts — from “Scheherazade” to the smallest ones,” he said.

As of Tuesday, the Scheherazade — which measures six stories high and 460 feet long — was at anchor in a Tuscan port, The Guardian reported.

On Monday, Maria Pevchikh, FKB’s head of investigations, tweeted a lengthy description of a probe into the vessel’s ownership.

“We’ve been investigating Putin’s corruption for over a decade,” she wrote in a lengthy thread. “And there is one thing we know for sure. Putin never keeps assets under his own name.”

“To sum up, a dozen of Vladimir Putin’s personal guards and servants are constantly maintaining one of the world’s largest yachts docked in an Italian port,” she said.

“We think that this is a solid enough proof that Scheherazade belongs to Putin himself and must be immediately seized.”

Last week Italy seized a property belonging to Alexei Mordashov, Russia’s richest man. The complex, on the island of Sardinia, was worth $116 million.

This came on the heels of another $156 million’s worth of seizures, of assets such as yachts and villas, from an array of Russian oligarchs on March 5, as the Associated Press reported.

The pro-Putin TV host Vladimir Soloviev also recently said he was impacted by the sanctions, complaining that the seizure of his villa in Lake Como was a violation of his “sacred property rights,” The Daily Beast reported.

He thanked Italy for supporting Ukraine’s bid to join the European Union, which has been stalled after a meeting of bloc decided not to fast-track the process.

On Tuesday, Italian Prime Minister Mario Draghi said he supported Ukraine’s membership, though he did not specify a time frame, the Financial Times reported.