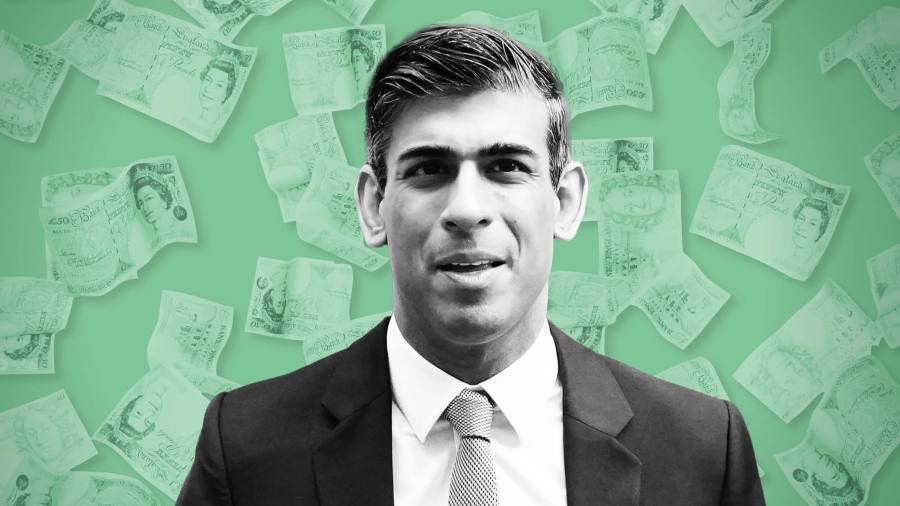 
Rishi Sunak’s Spring Statement on Wednesday offered minimal short-term help for UK households reeling from the cost of living crisis. Instead, the chancellor concentrated his fiscal firepower on building a war chest for pre-election giveaways.

The move confirmed Sunak’s priorities. Surging inflation has generated a huge windfall of extra tax revenues for the chancellor by stealth, and he chose to return only a little to Britons, in the most eye-catching way possible.

First, he unveiled a one-year 5p cut in fuel duty, effective from 6pm, plus a £6bn national insurance cut for 30mn workers that will apply from July.

Second, he pre-announced a 1 percentage point reduction in the 20p basic income tax rate that will take effect in 2024 — the most likely year of the next general election. “For the first time in 16 years the basic rate of income tax will be cut,” said Sunak.

Despite these moves by the chancellor, the UK fiscal watchdog said the tax burden as a percentage of national income was due to rise to 36.3 per cent in 2025-26: its highest level since just after the second world war, and surpassing the official forecast of last October.

But the maths behind the smoke and mirrors in the chancellor’s House of Commons speech is relatively simple and relates to the effects of higher inflation on the economy, the public finances and household living standards.

The Office for Budget Responsibility expects inflation to peak at about 9 per cent towards the end of 2022 — the highest rate for more than 40 years. This will squeeze household disposable incomes by 2.2 per cent in 2022-23, which the fiscal watchdog estimated to be “the largest fall in a single financial year since [official] records began in 1956-57”.

With real disposable incomes not forecast to return to pre-pandemic levels until 2024-25, Aveek Bhattacharya, economist at the Social Market Foundation, a think-tank, said: “The hit to living standards is set to be on a similar scale to the worst recessions.”

Dave Innes, head of economics at the Joseph Rowntree Foundation, a charity, expressed fury that the most vulnerable families and pensioners received little or no immediate support with the rising cost of living.

“The choices the chancellor has made today won’t deliver any security for those at the sharpest end of this crisis, instead he has abandoned many to the threat of destitution,” he said.

Amid Russia’s invasion of Ukraine, it is no surprise the economic growth forecasts have been pared back. Compared with growth of 6 per cent in 2022 and 2.1 per cent in 2023 in its October forecast, the OBR now thinks the economy will sustain expansion of only 3.8 per cent and 1.8 per cent, respectively. Thereafter, it envisages some catch-up to the previous economic path.

Public services will also suffer from higher inflation, for which they received no compensation from Sunak. Jonathan Portes, professor of economics at King’s College London, said that with higher energy bills and other costs, the lack of compensation meant “pay cuts for . . . nurses, teachers and the police, with cuts to the quantity and quality of service provision”.

In contrast to the pain that will be suffered by households and the public sector, higher inflation brings additional money into the Treasury’s coffers without the chancellor raising tax rates. This is because it increases the nominal value of all goods and services produced upon which taxes are levied.

The OBR calculated that the additional tax receipts resulting from surging inflation provide a windfall of roughly £35bn a year to Sunak, with only some of that having to be spent on higher costs of servicing government debt and welfare benefits.

Apart from a one-off bad year in 2022-23, the OBR reckoned Sunak will gain at least £15bn more annually from higher tax revenues than he is forced to spend on debt servicing and uprating benefits.

Sunak then had a choice to make: should he compensate Britons and public services for their losses with his windfall, or should he bank the money?

In the current financial year he gained a £50bn windfall, which has been banked. For future years, he has decided to give back to the public paying the taxes a net amount of a few billion of his projected £15bn annual windfall.

This giveaway is at its highest in 2024-25, the likely year of the next election, but even then it is still only £3.6bn net.

Sunak made it sound as if the giveaways were much larger than that but, once again, smoke and mirrors were at work.

He said cutting 5p off fuel duty on a litre of petrol and diesel would cost more than £5bn this year, but the Treasury documents show an expense of only £2.4bn. The difference arises because the chancellor calculated the cost from a notional world in which the rate of duty on fuel was higher than it actually is.

The Institute for Fiscal Studies, another think-tank, said the cost of Sunak’s tax and national insurance changes in the Spring Statement were more than paid for by the extra revenues secured from freezing income tax thresholds for four years at a time of much higher than expected inflation.

Paul Johnson, director of the IFS, said: “Almost all workers will be paying more tax on their earnings in 2025 than they would have been paying without this parliament’s reforms to income tax and national insurance contributions, despite the tax-cutting measures announced today.”

In addition, these tax cuts are offset by large increases in the amount of loan repayments that recent graduates will face over their working lives.

This Spring Statement sought to distract from stealthy tax increases and real public spending cuts. Or, as Torsten Bell, chief executive of the Resolution Foundation think-tank, said on Twitter: “This package only makes sense if your only test for policy choices was can you prove you’re a tax cutter [and] you’ve already announced a rise in national insurance.”