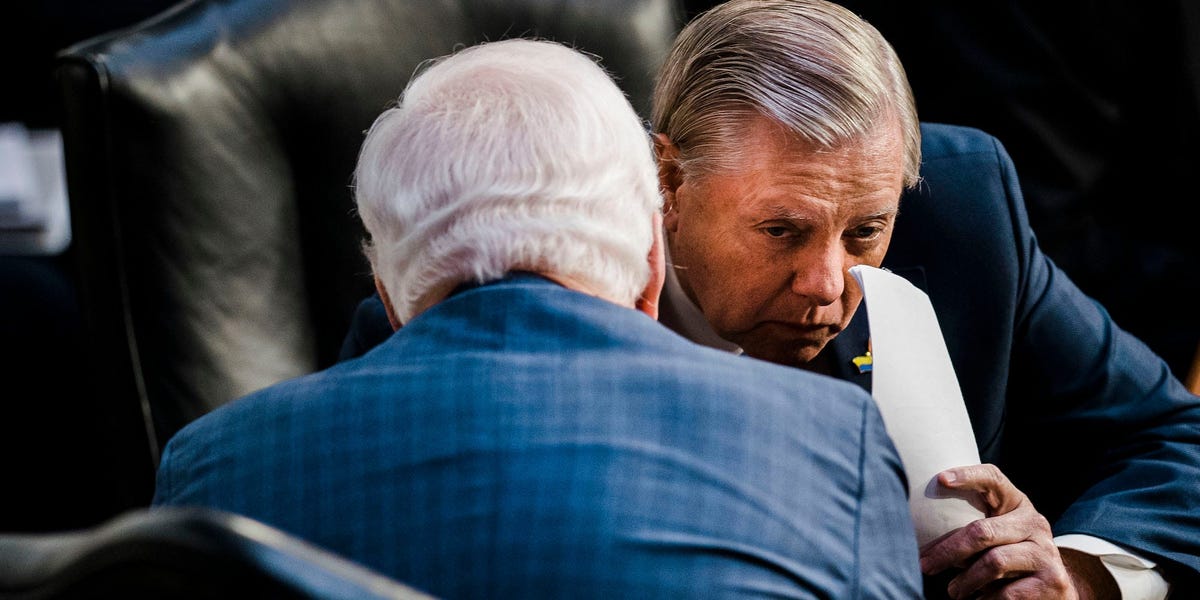 What emerged, as each panelist peppered Jackson with self-styled questions, was a free-form airing of grievances, baseless attacks about leniency toward people accused of possessing child pornography, and repeated references to how conservatives are treated by the world at large.

The meandering attacks are part of Republicans’ plan to ride culture war issues that they hope could fire up the GOP’s base voters in the midterm elections and help the party reclaim control of Congress this fall. Other Republicans widely viewed as potential 2024 presidential contenders drummed up those issues as they appeared to audition for likely voters should they run.

While lawmakers like Sen. Mike Lee, a Republican of Utah, drilled down into specific court decisions Brown once made, and asked substantive questions about how the US Constitution should be interpreted and applied, others bounced all over.

Lee also explored her judicial philosophy, noting the Supreme Court’s ability to dictate “outcomes for ordinary Americans” on wide-ranging topics like abortion, privacy rights, and the proliferation of social media.

Many Republicans have soured on protections enjoyed by technology companies enshrined in Section 230 after embattled former President Donald Trump and MAGA devotees have been removed from popular platforms like Twitter, Facebook, and Instagram for violating their code of conduct rules.

As the second day of hearings went on, there didn’t seem to be a clear, coordinated strategy among Republicans that could hamper or slow down Jackson’s confirmation.

Sen. Lindsey Graham, a Republican of South Carolina, one of three Republicans who voted to confirm Jackson to the DC Circuit court in June 2021, swerved from topic to topic, touching on her faith, family, collegiate activities, and work defending Guantanamo Bay detainees.

He also sprinkled in complaints about the way Trump’s third Supreme Court nominee Amy Coney Barrett was scrutinized during her confirmation hearings, declaring that conservatives are done with being portrayed as “an effing nut” or “some kind of weirdo.”

His anger then boiling over, Graham dwelled on Jackson’s time as a public defender, lit into enemy combatants still imprisoned at Guantanamo Bay, and pointedly asked Jackson about her affiliation with any left-leaning groups that “declared war on Michelle Childs” – the South Carolina judge who was his preferred nominee for the high court.

With his allotted 30 minutes all but gone after all that venting, Graham slipped in “what is your judicial philosophy?” just under the wire. Jackson started to answer but was quickly interrupted by Graham, who went off in another direction before noting they’d have another chance to chat on Wednesday.

Sen. John Cornyn, a Republican of Texas, spent his time talking at length about same-sex marriage. Cornyn devoted the brunt of his time to trying to get Jackson on the record about traditional values, religious persecution, and the extent of the judicial powers.

“We’re all concerned about the legitimacy of our institutions,” Cornyn said.

“I believe that judges are not policymakers,” Jackson responded.

President Joe Biden has tapped Jackson to replace retiring Associate Justice Stephen Breyer. She would, if confirmed, become the first Black woman to serve on the high court.

Jackson is expected to get the support of all 50 Democratic and Democratic-aligned senators in the evenly-divided Senate. Democrats are working to peel off whichever Republicans they can to score a bipartisan vote but appear to have made no progress to date.

Embracing Bitcoin As An Economic Foundation