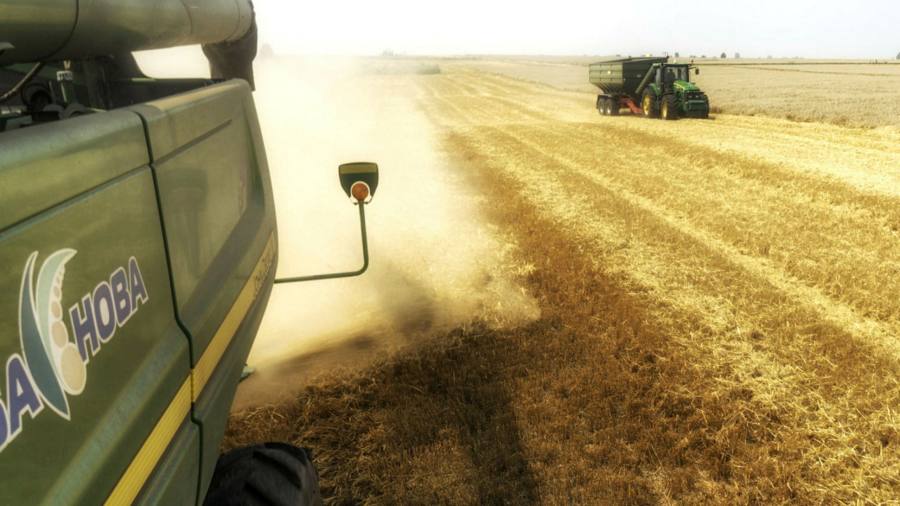 
Russia’s invasion of Ukraine will have repercussions well beyond eastern Europe. The war between two of the world’s most important grain producers sent wheat prices to a record high earlier this month.

Egypt is among those already feeling the strain. The country is the world’s top wheat importer and gets nearly 80 per cent of its supply from Russia and Ukraine. It raised interest rates and let its currency devalue on Monday in a bid to control surging food prices and stave off the risk of social unrest.

In the US, farmers should soon feel the effects of the crisis in the form of pricier input costs. In theory, American farmers should be well placed to reap the benefits of higher agricultural commodity prices, as Ukraine also produces a lot of corn and sunflower seed oil.

In practice, skyrocketing prices for everything from the fuel that powers farm tractors to fertiliser could hurt. US farmers should plant just 3 per cent more wheat for harvest in 2022, according to the US Department of Agriculture. Droughts that devastated crops last year could return.

This means that the recent rally in farm machinery shares looks overdone. Caterpillar shares have climbed by a fifth since the start of the month. Deere — known for its green and yellow tractors and combine harvesters — is now worth a record $129bn after a 24 per cent run-up in the stock that began in late February.

Deere said last month it continued to see strong demand for its equipment and raised its profit outlook for the year. But it also injected a bit of caution, highlighting its supply chain problems and higher production costs. Note that in the first quarter sales rose 5 per cent, but net income contracted by more than a quarter.

Farmers are by nature cautious. They will think hard about the permanence of high food prices before investing in expensive new tractors. Investors would do well to practice the same vigilance.