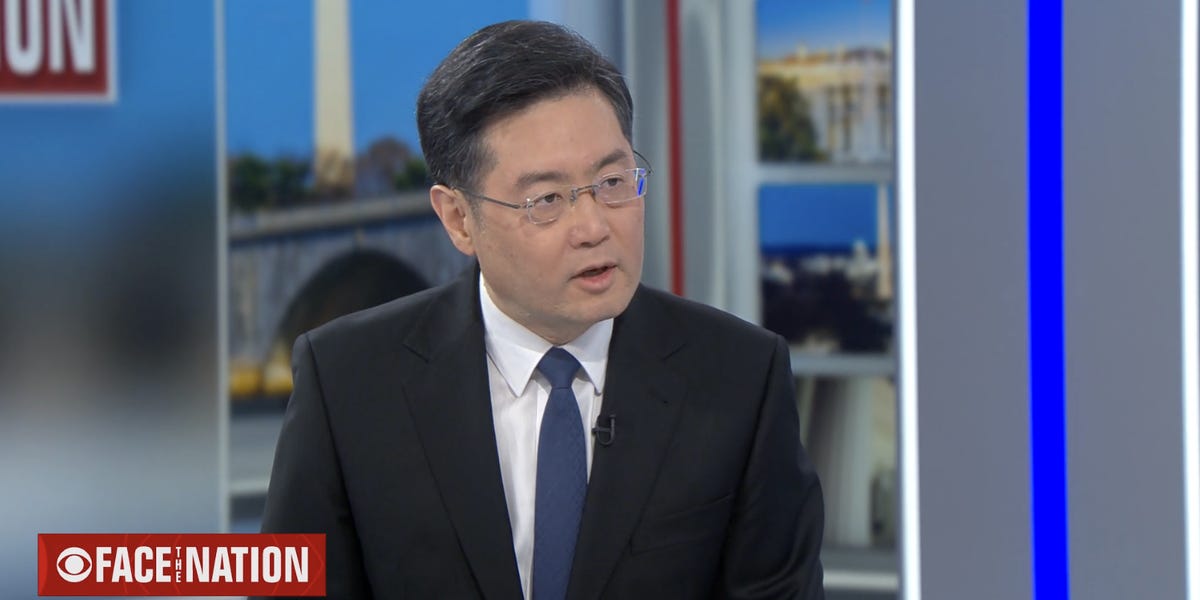 Chinese Ambassador Scoffs at Calls for Beijing to Join Condemnation of Russia’s Invasion of Ukraine: ‘Don’t Be Naive’

The Chinese Ambassador to the United States on Sunday scoffed at a question about condemning Russia’s actions in its invasion of Ukraine.

Ambassador Qin Gang told CBS News’ Margaret Brennan “Face the Nation” that China wants “friendly, good neighborly relations with Russia.” Brennan pushed back on the topic, asking, “Why can’t you condemn this as an invasion?”

“Don’t be naive,” Qin said. “It doesn’t solve the problem. I would be surprised if Russia will back down by condemnation.”

Qin said that China has called for peace talks and a ceasefire, touting the country’s “unique position” with Russia due to their shared borders and interests.

“China’s trusted relations with Russia, it’s not a liability, actually it’s an asset in the international efforts to solve the crisis in a peaceful way,” Qin said. “China is part of the solution, it’s not part of the problem.”

While Chinese President Xi Jinping has called for “restraint” from Russia amid the invasion, those in the country have also parroted Russian propaganda about the war, Insider’s Linette Lopez reported.

“We have already made it very clear that, you know, national sovereignty and territorial integrity of all countries, including Ukraine, should be respected and protected. But as I said, condemnation only cannot work. What we need is good diplomacy based on vision, wisdom, and courage,” Qin said.

President Joe Biden has warned Xi against providing support to Russia amid the invasion of Ukraine. On CBS, Brennan asked Qin if China will send money and weapons to Moscow.

“There’s disinformation about China providing military assistance to Russia. We reject that,” Qin responded. “What China is doing is send foods, medicine, sleeping bags, and baby formula — not weapons and ammunition to any party, and we are against a war, as I said, you know, we will do everything to dis-escalate the crisis.”

Top US officials have said that Russia asked China for military and economic assistance for the invasion of Ukraine, although officials did not say what types of weapons Russia asked for.