SPY Ahead Of Quad Witching 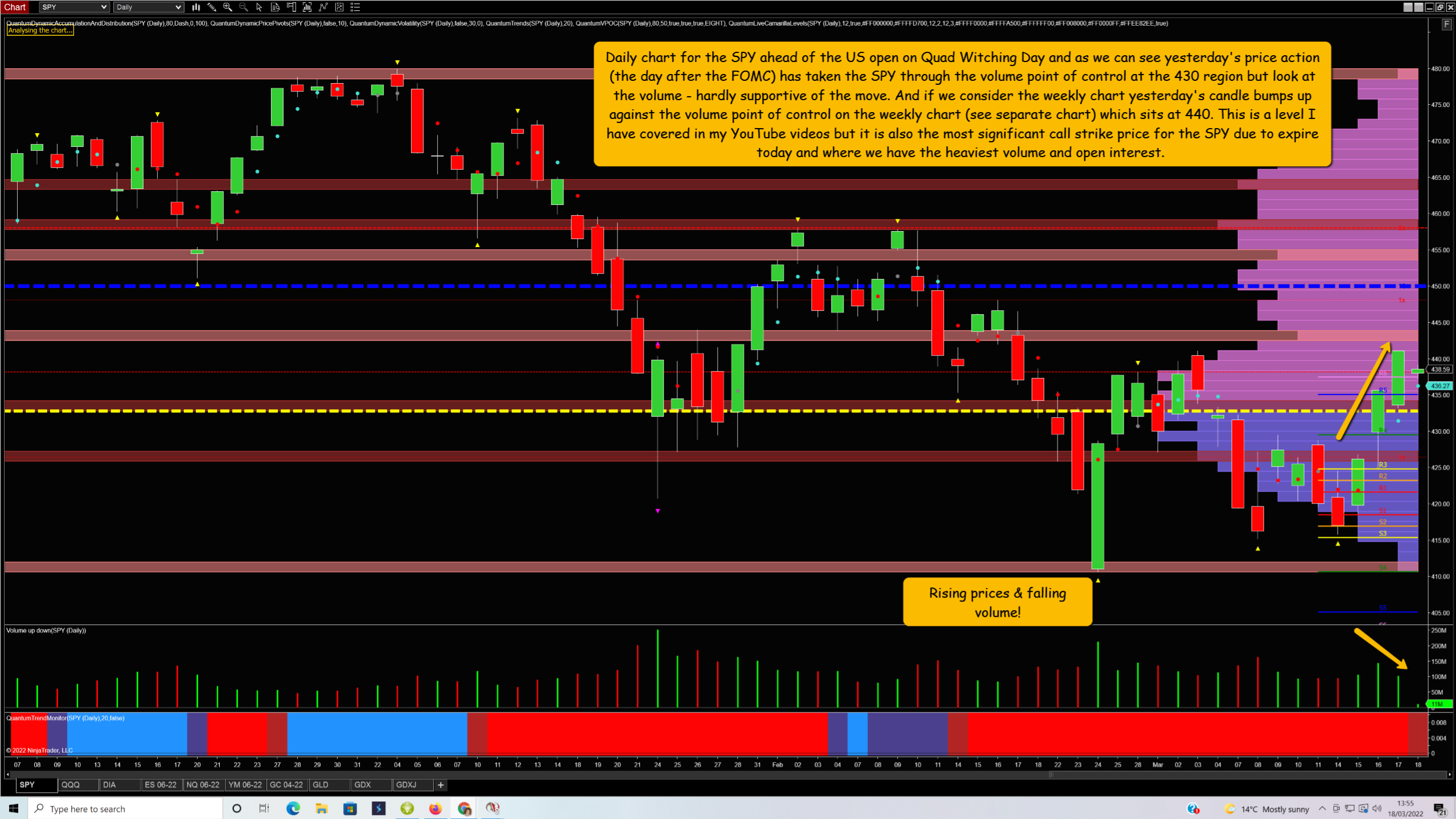 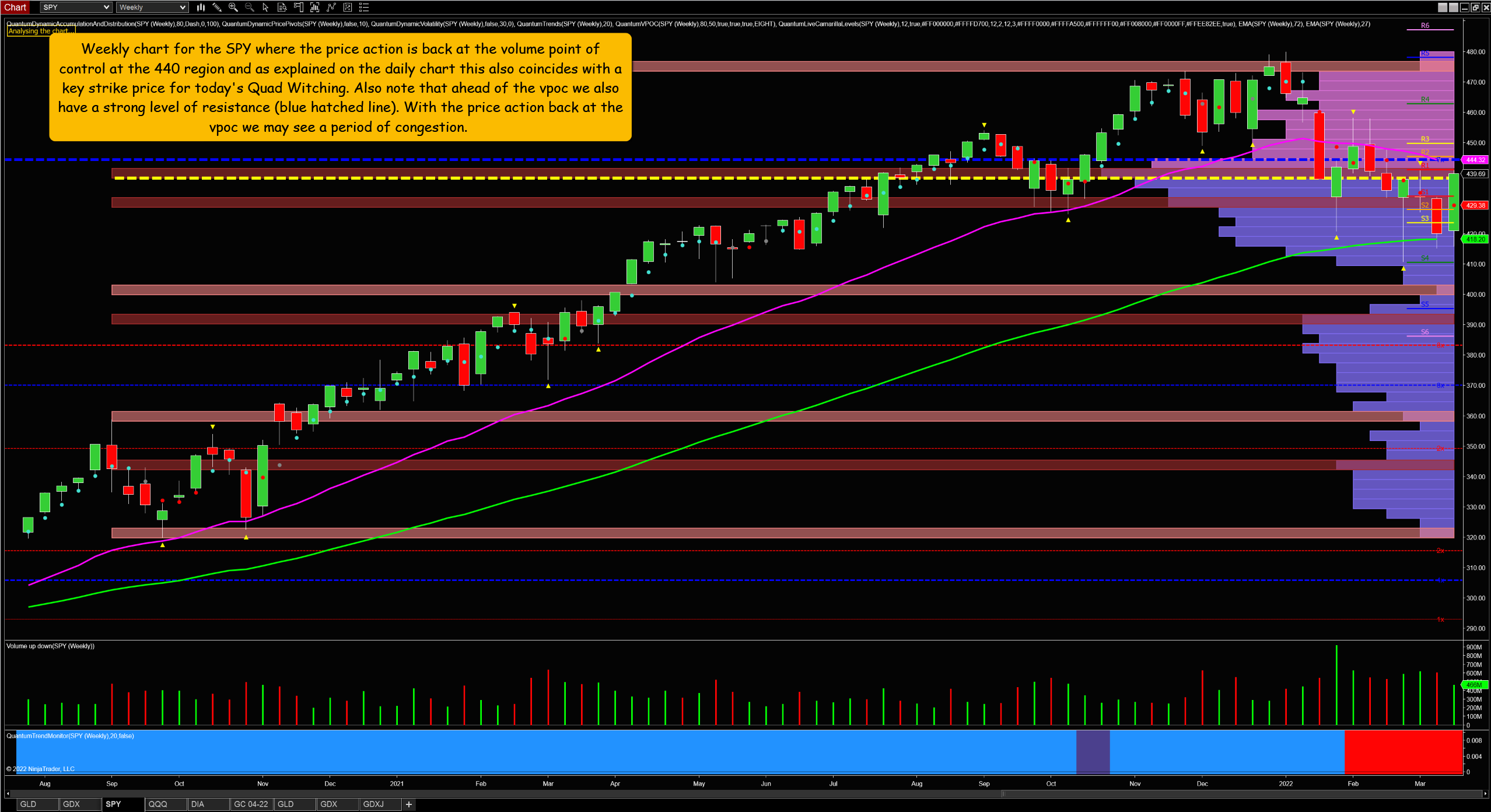 A quick look at the daily and weekly charts for the SPDR® (NYSE:) on Quadruple Witching and following the FOMC on Wednesday when Chairman Jerome Powell appeared to channel his inner Volcker. In other words, his determination to deal with inflation with a total of seven interest rate rises this year. Under normal circumstances, such a strong signal would result in anxious and nervous markets, but so far it has had the opposite effect, with equities rising strongly. Such a counter-intuitive move would seem illogical as most traders expect markets to rise on good news and fall on bad but soon discover it’s never so binary and can be explained as follows.

First, what we must all keep in mind is that for market participants, it’s always about expectation. When something is expected usually because it has been leaked and heavily trailed in the media (in this case, the need for regular rate rises to combat the fastest increase in inflation in a generation), it’s almost irrelevant whether the news is good or bad. The market won’t react as expected when the news is released.

So why did the market rebound from its recent correction rather than continue lower?

There are several reasons. One is the market does not believe Powell will be able to keep to its agenda, particularly if the U.S. economy shows signs of a severe slowdown.

Second, is the invasion of Ukraine, where the media has been hinting at some kind of peace deal, which has probably also contributed to the pullback in commodities. However, this assumes the conflict remains restricted to Ukraine.

And third, is the somewhat surprising announcement by China as reported by Bloomberg that “China’s top financial policy body vowed to ensure stability in capital markets, support overseas stock listings, resolve risks around property developers and complete the crackdown on Big Tech as soon as possible.”  This could be describe as the ‘China Put.’ We shall see.

However, when we look at the technical and volume-price-analysis perspective on the daily and weekly charts for SPY, the rebound does not look quite as convincing. Yesterday’s volume of the daily chart looking very anomalous.

Traders in uproar over the LME