The day before the unfortunate invasion of Ukraine by Russia, when the was trading at $13,500s, I found using the Elliott Wave Principle (EWP):

Although pretty close to perfect, many expect certainty and perfection in a probabilistic and imperfect world, leading to misunderstanding and frustration. That is especially true during corrections, which are invariably complex price patterns, with many overlaps, i.e., up and down moves in quick succession.

There’s not much one can do about it. One has to see the forest, not just the trees. Step away from the short-term, which is always more variable, and sit through corrections. They separate the professionals from the amateurs. In turn, this results in less short-term certainty and lower confidence forecast.

Failure to understand that is not a reflection of the EWP. As such, since as far back as June last year, my big picture view remains steadfast in that major wave-4 has likely been completed, and major-5 to NDX 18000+ is under way. 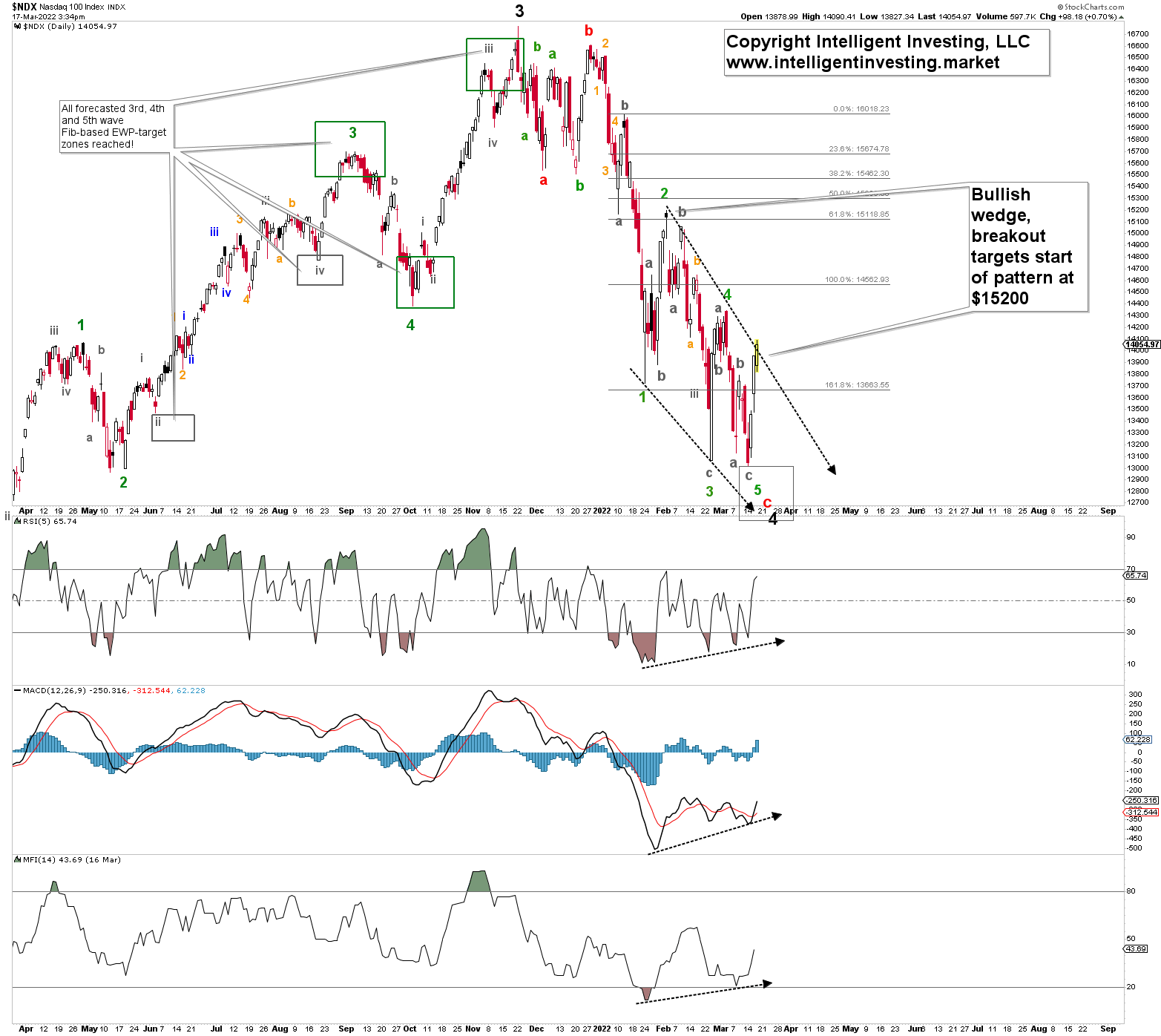 I adjusted the EWP count slightly to account for the lower low on March 14 vs. Feb. 24. But this did not change the overall bigger picture. Namely, a large wedge pattern has formed, whereas all the technical indicators exhibited positive divergence.

Similar to the (see ). All suggest the index is ready to rally back to the start of the wedge and ultimately much higher. The current three-day rally should only be part of wave-i of wave-5.

All in all, as long as the Feb. 24 low holds, which I think with high certainty it will, the index is in the initial stages of the multi-month rally to NDX 18000.