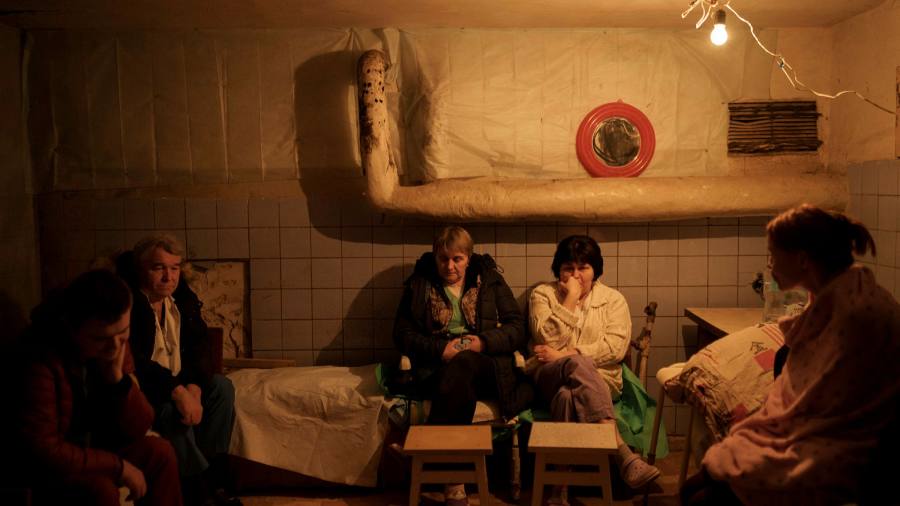 FirstFT: US pours cold water on hopes of diplomatic solution to Ukraine crisis

The US secretary of state has poured cold water on hopes of a diplomatic settlement to the war in Ukraine, saying there were no signs Vladimir Putin was “prepared to stop” Russia’s invasion of its neighbour.

Antony Blinken also said that Washington would investigate “war crimes” carried out by the Russian military as he laid out what he thought Putin’s next moves might be, including the use of chemical weapons, the use of pro-Russian mercenaries and the kidnapping of local officials.

“The actions that we’re seeing Russia take every single day, virtually every minute of every day, are in total contrast to any serious diplomatic effort to end the war.”

Moscow’s initial hopes of lightning-fast victory have foundered in face of fierce opposition and its own shortcomings. Follow our visual guide here.

Thanks for reading FirstFT Europe/Africa. Send your feedback on this newsletter to firstft@ft.com. Here’s the rest of today’s news — Jennifer

The war in Ukraine:

Follow our live blog and updated maps for the latest on the conflict.

2. P&O Ferries sacks 800 sailors UK passenger and freight shipping routes face days of disruption after P&O Ferries ordered its ships back to port in order to sack 800 sailors. The company said it would replace the dismissed workers with cheaper agency staff.

4. Amazon closes deal to acquire film studio MGM The $8.45bn acquisition, which includes debt, is the ecommerce giant’s largest in the media space and its biggest since the $13.7bn purchase of Whole Foods in 2017. Amazon closed its deal after US and European competition regulators declined to block the move, despite growing concern over Amazon’s size.

5. FCA leaves crypto firms in limbo The Financial Conduct Authority has approved only a quarter of applications by crypto firms for the permissions necessary to run their businesses in the UK, as tensions swell ahead of a high-stakes deadline at the end of this month.

Biden-Xi call US president Joe Biden will hold a phone call with his Chinese counterpart Xi Jinping today to discuss the war in Ukraine, among other issues.

Elections A Labor victory seems likely in state parliamentary elections that begin in South Australia tomorrow. In East Timor, the first round of the presidential election takes place on the same day. (The Conversation, FT)

The war of Putin’s imagination Maria Stepanova, the award-winning Russian writer, reflects on how fear as well as dictatorship led her homeland to launch its disastrous invasion of Ukraine. “What we are living through might be termed the death of the conceivable,” she writes.

Business is finally collaborating on cyber security A decade ago, the Obama administration tried to force US companies to collaborate on cyber defence. It did not go well. But once-taboo concepts such as industrial strategy are back in vogue as western companies fear a Russian attack.

Corsica riots cause a headache for Macron Emmanuel Macron has sought to play peacemaker between Russia and Ukraine recently. Now he is having to put out a fire raging closer to home: pro-independence Corsican riots that threaten his presidential re-election campaign.

Becoming French is like winning the lottery Simon Kuper was born with a lucky citizenship and has now become French. But as a cosmopolitan, nativistic nationalism strikes him as absurd.

A battery-powered symphony for EVs In their basic form, electric cars are silent. Hans Zimmer wants to change that. The Oscar-winning composer is turning from the silver screen to the open road to answer the question: what should an electric car sound like?

Would you travel across the frozen wilds of Swedish Lapland on a hot-air balloon? One operator from the Masai Mara is looking to do just that.